Saga of Excellence Continues at NCC

Over the years, Hyderabad based Nagarjuna Construction Company Limited (NCC) is on to a steady path that has seen the company creating history, time and again in the dynamic arena of infrastructure  construction and simultaneously contributing to nation building. And in the process, NCC has earned a remarkable reputation wedded to trust and confidence of its clients for which it has worked with commitment and resolve in the thirty year of its dedicated service.  It has been adding new endeavors-for decades, across countries and marching towards a new horizon. The saga of success and excellence continues. 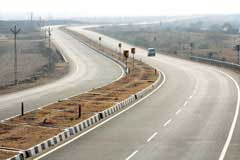 Dr AVS Raju, founder of NCC said in his message, “It has been a journey of success which always requires the qualities of foresight, strategy and preparedness. NCC possesses a rich and diversified presence across the core growing sectors in the infrastructure arena. At NCC, we are leveraging on our rich experience of past to address projects for the present with the objective to build the India of tomorrow. The journey towards excellence is inspired by what NCC has always done to deliver superior value for all those who depend on us, work with us and invest with us.” NCC’s range of business verticals comprising Buildings and Housing, Transportation, Water and Environment, Irrigation, Power, Electricals, Metals, Oil & Gas, Mining, Railways and International business reflect its expertise positioned to capture every infrastructure upturn. NCC has a reputed record of completing projects on time without compromising the quality. NCC is also an important player in infrastructure asset creation, it has a portfolio of five BoT road projects and three BoT power projects, out of which two BoT road projects are already operational and the remaining three will get operational by end of financial year 2010-11, thus adding to the revenue stream of the company and also unlocking value for its shareholders’.

NCC is among the Top 3 construction companies in India which has achieved the recognition as one of the 250 ‘best under a billion’ listed enterprise in Asia Pacific by Forbes Asia. The company’s projects have been recognized as the Outstanding Structures of the Year by the Indian Concrete Institute two years in a row. NCC has been awarded with bonuses for early completion of its projects. And the saga of excellence continues. 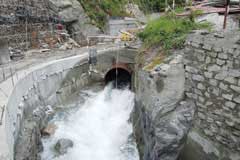 During FY2010, when most infrastructure companies were struggling, NCC achieved a turnover of Rs.5897 crore on a consolidated basis as against turnover of Rs.4786 crore in the previous year. The company posted an EBIDTA of Rs.658.23 crore and net profit after tax of Rs.282.74 crore.It also reported an Earnings Per Share (EPS) of Rs.11.55 in the year ended March 31st, 2010 as against 7.92 in the previous year.

For the first quarter ended June 30, 2010, company posted earnings per share of Rs.2.19 and logged a net profit of Rs.56.23 crore on a consolidated basis as against Rs.47.65 crore for the corresponding quarter last year. The Managing Director of the company, Mr. A Ranga Raju informed that the company has thus far secured orders aggregating Rs.2,023 crore in the Q1FY11, thus taking its total order book to Rs.16051 crore.

The company is committed to achieve the good standards of corporate governance, focusing on that all operations and actions must result in enhancement of the overall value to all those connected with the company over a sustained period of time. The company has been keeping pace with the times, with cutting edge construction technologies and processes on par with international standards.