Over forty years the Essar Group has grown from humble roots as India's first independent marine contractor into a household name as one of the largest conglomerates in the Country, with a diversified business portfolio spanning most of the core pillars of the India growth story. Underpinning the Group, the construction capability has also continued to flourish, and today as Essar Projects Ltd (EPL) has similarly grown and diversified into a fully fledged World Class EPC across multiple sectors, including hydrocarbons, offshore, power, marine, and infrastructure. "EPL is on an aggressive growth path, consolidating our India specific portfolio, and actively establishing our presence in key markets across the Middle East, Africa, and Asia," says Mr. Alwyn Bowden, CEO of Essar Projects Ltd in an interview with S.K.Khanna.

As a part of diversified business corporation-Essar Global—how would you like to describe the evolution of Essar Projects Ltd in infrastructure and construction sector, its milestone achievements as world-class EPC Company?
Essar began its life as a construction company over 40 years ago by undertaking projects in ports and harbours. To this day, Essar continues to be engaged in marine development projects. As the Group has developed so has EPL, moving from a pure marine player to a highly diversified fully fledged EPC player in almost every sector. 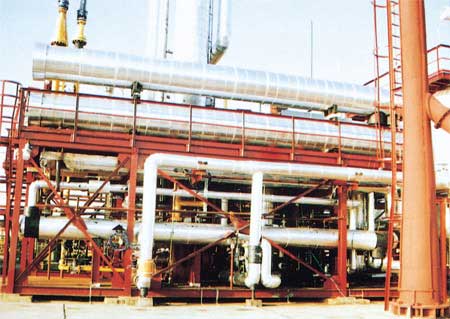 In the process of establishing ourselves as a world class player, we have achieved a number of milestones. These include building of 320,000 bpd of refining capacity, over 10 million tonnes of steel capacity and over 6000km of pipelines, besides contributing to the development of almost all major ports in the country. Some of our latest highlights include the completion of 3.1 million manhours without lost time accidents on our Nickel Slurry Pipeline Project for SNC Lavalin in Madagascar, and award of ports and dredging work in Myanmar, airport work in Papua New Guinea, and the main process units for the new 15MTPA IOCL refinery at Paradeep.

What is its business profile and current initiatives taken to enhance its business areas, in power, highways, steel, and marine construction? 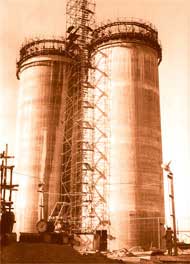 In Power, we have over 10,000MW under development, besides more than 1200MW of power plants which are under operation. We have developed in house engineering capability and in house construction of boilers, chimneys etc. As regards highways, we have established partners and a specialized Infrastructure Business Unit to focus on this sector. In steel, we touch across all aspects of the value chain. With our strong in house engineering capability, we are able to specialize in all aspects of steel production from iron ore exploitation, beneficiation plants, slurry pipelines, pellet plants under construction in India and USA and Integrated steel capacity including pipe plants and the widest plate mill in India. In the Marine sector, extensive port facilities are under construction in Vadinar and Hazira. We are also entering into BOOT projects in India and venturing overseas. We are building cargo handling capacity (both dry and bulk cargo) of over 100 MMTPA. The award of a project in Myanmar is a further boost to our ambitions.

Essar Project has been an important player in the power sector. What are the combined capacity installed so far and the status of important ongoing power projects?
We have developed more than 1200MW of power projects which are in operation now and an additional 10,000MW is under various stages of development. Currently plants are under construction in seven locations in India, both gas and coal fired (imported as well as pit head).

The Government is planning to set the target of achieving 1 lakh MW capacity addition in the 12th five year plan where 60% is expected to be added by the private sector. Is your company well positioned to get maximum business from the emerging opportunities in the power sector?
We are well poised to take advantage of the emerging opportunities. EPL and Essar Power have a proven business model based on efficiencies gained from repeatability and strong relationships throughout the supply chain. Our global procurement and engineering capabilities give us a competitive edge. EPL is almost uniquely placed to support customers in the sector both throughout India and overseas.

Hydro is increasingly gaining importance as the most preferred source of power generation. Do you have plans to enter into this area in the near future?
EPL has already entered this sector through its project in Pallivasal in Southern India. 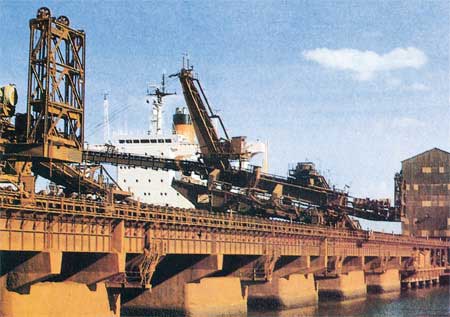 What is your company take on the current infrastructure development being witnessed in the country and how can these be put on faster track as per your company's assessment?
The thrust on infrastructure development has largely been restricted to larger cities, which have more visibility. The smaller and medium towns have missed the bus so far. Port connectivity with hinterlands needs to be significantly improved. Links must be established with highways, rail and inland waterways. The clamour for a more inclusive growth will hopefully see better financing models with active participation of the government. Private participation in PPP projects also needs to improve. On the other hand, there needs to be an increased emphasis on planning and coordination amongst all units so as to avoid delays. The development of Port and airports must be in concurrence with road and rail connectivity.

How do you look at the future business of the company in the next 3-4 years, including establishing footprints in the overseas market?
Our future business is on a path of steady growth. We are among the fastest growing players in the EPC space today in the country. Besides consolidating our India specific portfolio, we are actively establishing our presence in the markets of Africa and the Middle East. We have recently been awarded a project in Myanmar. Talks are underway for collaborations in the overseas markets, but it would be premature to comment on the development at this stage.