Expansion Joints – A must in Every Construction

The term expansion joints, refer to the isolation joints provided within a structure to permit the separate segment of the structural frame to expand and contract in response to temperature changes without adversely affecting the structural integrity or serviceability. The need for expansion joints in buildings may be determined initially on an empirical basis. If results are deemed by the designer to be too conservative or if the empirical approach is not sufficiently comprehensive to be applicable to the type of structure being investigated, a more precise analysis should be undertaken. Meanwhile, the subject of expansion joints in the construction of concrete highways has been considered controversial by many; however, there are really only a few important areas of disagreement among those who understand the basic engineering principles involved. 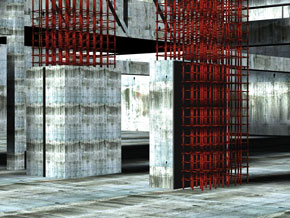 Anyone familiar with the coefficient of expansion of concrete realizes the necessity of providing adequate expansion joints; also the necessity to eliminate intermediate cracks by creating planes of weakness to predetermine the location of contraction cracks. In their (contractor) zeal to lower the cost of concrete highway construction, some engineers have been using only sawed joints, completely disregarding the important function of properly spaced through expansion joints. Since, roads and buildings, being the second largest activity in the economy after agriculture, the role of expansion joints in these areas has become critical.

Hence; to bridge the gap between cost effectiveness coupled with high quality, The Supreme Industries Ltd., Construction Accessories Division has developed customized solutions specifically for the construction requirement of various sectors. Supreme's DURAboardHD100, DURArods and DURAsilstrip are the three aces which cater to the need of building or road structure, assuring the structure with a great bonding. To start with, Supreme's DURAboardHD100 is a crossed-linked, pre-moulded, high performance joint filler board which is readily compressible and ensures low load transfer. This structural expansion joint application can be used in concrete brick and block work; it also helps isolation to fill its gap and works as a backup supporter for sealant. Another feature of the product is that it can be used for the expansion joints in concrete highway, taxi tracks and most importantly in airport runway.

So one must be thinking about how buyers are going to benefit by this product? Here is the answer. This product comes with closed cell, has excellent chemical resistance, is thermally stable (ranges from -40° C to+70° C), most importantly – bitumen free and rot proof and bacteria resistance. DURAboardHD100 is available in thickness ranging from 8 mm to 100 mm sizes.

In addition, Supreme's DURArods have some more benefits to offer to its buyers. The product is a closed-cell polymer based circular profile which ensures stronger bonding of sealant with masonry, aluminium or other substrates and helps to maintain desired thickness of sealant at the joint's centre. Importantly it does not bond with cold applied sealants. The product can be used in applications like pre-cast panel joints, coping joints, contraction joints, expansion joints, glazing joints as well as isolating joints, and window and door frame parameters. Meanwhile, DURArods works as a back-up to sealant in structural glazing systems. The product is available from 6 mm to 60 mm size. As far as features and benefits are concerned, it offers closed cell, hence negligible water or moisture absorption; excellent chemical resistance – inert to most acid and alkalis and cost effective space filler. It also allows unrestrained expansion and contraction of sealant while eliminating bubbling of sealant. 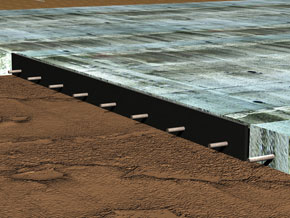 While DURAboardHD100 and DURArods can be termed as brother-in-arm bonding together, the next in line DURAsilstrip is bond breaker. The product is a closed cell, compressible polymer based material (paper) backed on one side as per IRC: 57-2006-6.3 and 6.4. DURAsilstrip ranges from 2 mm to 12 mm size. However, other sizes are also available on request. The product works as a bond brakes between any cold applied sealant and fourth surface in contraction or expansion joints. This also works as a backup to cold applied sealants – to be precise – in concrete road. The features and benefits of the product are more or less in line with the other two, however, it has compressible and flexible joint movements along with non-staining, which means it does not disintegrate. All structures move by necessity to avoid buckling which could cause structural failure. Architects, general contractors, owners and end users are averse to seeing caulk joints or movement profile which, they feel, destroy the ambiance of their building. Awareness of the need for movement joints in installations needs to begin at the sale or specification stage, well before ordering products and certainly before the installer arrives on site. Asking an end user how they prefer these joints to be treated should be no different, and is of much greater importance.

The Chamera Hydro-Electric Project (Stage-III) is located on the river Ravi at village Kharamukh (250.0 m downstream of the confluence of river Ravi and Tundah Nala) in Chamba district of Himachal Pradesh. The Project consists

Terex celebrates a decade of success in India

Terex — a diversified global manufacturer of equipment for mining and quarrying industries — is celebrating 10 years of operations in India and has announced expansion plans for its 45-acre manufacturing plant in Hosur, with which it plans

Dr. Fixit introduces LW+Super for enhancing the efficiency of M-sand

The rapid boom in the construction industry, has tremendously given rise to the demand for sand, causing deficiency of suitable river sand in many parts of India. Besides, river mining causes imbalance in the river bed water flow, and

Regardless of the quality of pavement material and design, increase in vehicular traffic and changing environmental conditions will reduce the service life of pavements and ultimately result in their failure. The causes and

Buildtech: Pragmatic Approach to the Methodology of Retrofitting Buildings

With the increase in construction of buildings in the last two decades, it has been observed that many of the structures are already showing signs of distress. In some cases, repair measures become necessary even within a span