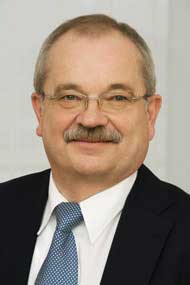 "To make sure that we can supply our construction cranes and mixing technology products to the local market at prices that stay competitive for long, we have recently established a production company in Pune. However, the assembly of truck mixers at this site has already started and the completion of the plant is expected in the upcoming months. At this new plant, Liebherr will in future build truck mixers and it is also planned to manufacture tower sections for construction cranes," says Mr. Winfried Boehm, Member of the Directorate, Liebherr-International AG, in an interview with S. K. Khanna.

Would you please share your views on the global economic crisis, particularly its rub off impact on global construction equipment market? How has the Liebherr Group developed recently?
The international economy recovered faster than expected from the financial and business crisis, but during 2010 the recovery process went down. The crisis as well as the recovery after it certainly had its reflections to the global construction equipment market. Yet impact differed significantly both in terms of the various markets and individual industries.

For Liebherr being a globally active, highly diversified enterprise, harsh impacts in particular markets were largely offset by positive development in others. Despite slow growth noticeably in the first half of 2011, for the Liebherr Group we currently anticipate a turnover of 8.6billion Euros for the year, equivalent to an increase of approximately 13% as compared to 2010. According to the current forecast, the construction machinery area will grow at more than the average rate: we assume that our turnover will grow by approximately 16% or 750million Euros to almost 5.5 billion Euros. This increase is mainly due to earthmoving and mining and construction cranes and mixing technology divisions. Furthermore, in 2011, we have increased our total workforce by more than 2,100 people and currently assume that at the end of the year, Liebherr will employ more than 35,000 people in 120 companies worldwide. Following a reduction in the previous year, the total investment of our group has gone up again to approximately 700 million Euros by the end of this year, which is an increase of 29%.

How do you see its impact on emerging economies, especially in India, given its strong fundamentals and its capability to cope with slowdown? 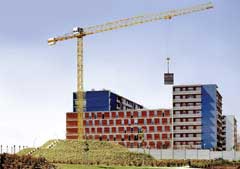 The mid-term forecast for the next five years, indicate that gross domestic product in Europe and the US will grow moderate annual rates while emerging markets such as China, Brazil and India are expected to maintain much higher growth. Even back in 1995, the Prognos World Report indicated that the classic industrial countries will only be contributing a third of the worldwide growth by the year 2025. The same source expected that by 2025 India will have about the same importance in stimulating international business growth as the Euro zone. So, definitely the role of India in the world economy has become vital. This may have been accelerated by the recent crisis, but it certainly is not because of it.

How do you look at the Indian construction equipment market and the role Liebherr could play in providing its state-of-the-art equipment and services in the infrastructure build up, the country is engaged in? What products are you offering in the Indian market?
The size of the Indian national economy, the country’s demographic structure and its high, sustained rate of growth make it the second most important future market after China. But in contrast to China, domestic demand in India is already a strong development factor. The reforms introduced in 1991 have opened India up increasingly for foreign business activities. Direct foreign investment is now permitted in most business areas, and the foreign participation limits have either been slackened or completely abolished. Administrative procedures have been greatly simplified and streamlined to simplify foreign involvement in India. Thus, India is one of the biggest markets for construction equipment and growing steadily. These days, more Indian construction companies are striving to improve productivity and velocity of their construction projects.

Besides our engagement in India for sales of gear cutting machines (with the automobile industry as the main customer), and for maritime cranes (in view of current bottlenecks at Indian ports), we have a strong focus to serve the building industry, which we intend to even intensify in the future. To make sure that we can supply our construction cranes and mixing technology products to the local market at prices that stay competitive for a long period, we have recently established a production company in Pune.

What is the current status of your facility in Pune? 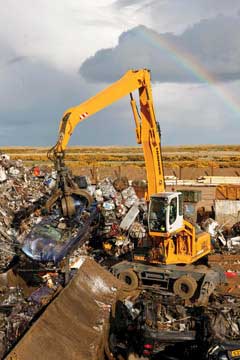 On a site in Ghaulula located on the Pune - Sholapur road approximately 55 km from Pune and 235 km from Mumbai, Liebherr is currently finalizing the erection of a new manufacturing plant including production halls and an administrative building. While the assembly of truck mixers at this site has already started, the completion of the plant is expected in the upcoming months. At this new plant, Liebherr will in future build truck mixers with capacities between 6 and 10 m³ and mixing plants with outputs between 30 and 60 m³ per hour. It is also planned to manufacture tower sections for construction cranes in Pune. The plant there totally covers a site area of 220,000 m² and is of sufficient size to accommodate activities by other group divisions at a later stage.

What are your plans to have nationwide network of dealers and distributors as customers are more concerned about after sales support services and availability of spare parts?
In order to strengthen its presence in India, Liebherr is planning to be still closer to its customers by opening new sales and service facilities including warehouses in metropolitan areas across the country, thus to enhance logistics and provide the best service as a long-term partner for its customers.

For certain product lines, such as batching plant and truck mixers, we are expanding our sales and service activities beyond our own network to associated dealers.

What are Liebherr’s plans to participate in the forthcoming industry mega event—Excon 2011 and what are the equipment you will display at the event? Do you think that this event will pep up construction equipment market?
At this year’s Excon, Liebherr will expand its presence as compared to the previous show in 2009 to a total of six exhibits. All machines on display represent the latest technology of Liebherr’s advanced product lines and have been selected to serve the specific needs of Indian customers. The HTM 704 truck mixer on display has a drum of 7 m3 capacity. It is accompanied by the compactly designed batching plant Compactmix 1.0 which is capable of a maximum discharge output of 60 m³ of concrete per hour. The flat-top crane 71 EC-B exhibited at Excon 2011 is a construction crane that is predestined for the Indian market. With the L 586, Liebherr is exhibiting the largest model of its wheel loader product line with a service weight of 31 tonnes. It is the largest hydrostatically driven wheel loader worldwide. From our program of material handlers, we are exhibiting the high-performance A 934 C which has a service weight of 37 t and driven by a 150 kW diesel engine. Equally powered by a Liebherr diesel engine, the mobile excavator exhibit A 914 C develops its maximum output of 120 kW.