When your construction project uses a boring machine 100 meters tall and 17 meter in diameter, you are likely to need also partners, collaboration, information sharing, and BIM to succeed. State Route 99 tunnel in Seattle is such a project. Infrastructure design services provider HNTB chose Tekla BIMsight, the free tool for construction collaboration, to combine models from numerous disciplines, review those models and capture areas of interest. The new tunnel will improve travelers' safety as it is seismically safe unlike the previously damaged elevated road it replaces. 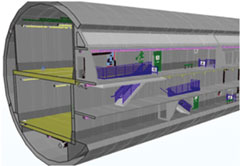 The Seattle Tunnel Partners design-build contractor team hired HNTB as the designer for the State Route 99 Tunnel project. The project is massive: design-build contract is worth $1.35 billion. The 2.8 kilometer long bored tunnel will replace the Alaskan Way Viaduct along Seattle downtown waterfront.

State Route 99 Tunnel is an extremely complex project which combines civil engineering, structures, architectural elements, mechanical & electrical systems, and traffic management. The project clearly demonstrates the need for easy BIM tools such as Tekla BIMsight in construction. The benefits of 3D modeling and added detail are best realized when all project parties are able to view and utilize the available data. When tools are available and easy to use, the project team can concentrate on the task at hand rather than solving IT related issues. 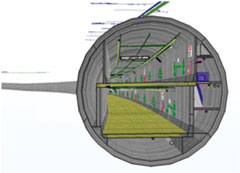 With Tekla BIMsight's model-based collaboration, the design team can view the aggregated project elements as a whole and find design and coordination issues between each discipline. Tekla BIMsight allows HNTB to easily combine models from all disciplines, view models with smooth navigation features and capture areas of interest with ease.

In BIM collaboration, HNTB utilized Tekla BIMsight in weekly all-discipline coordination meetings to discuss the two buildings, cut and cover areas, and the tunnel with the sub-consultants, architects, and engineers. HNTB and project participants were able to see conflicts and possible design changes as all the discipline models were loaded into Tekla BIMsight.

Tekla BIMsight is proving its usefulness in large projects everyday all over the world. The State Route 99 bored tunnel is an interesting example as it combines such a vast variety of different trades into one. Usually we see just vertical construction, but the early adopters have already embraced the new technologies also in horizontal construction. 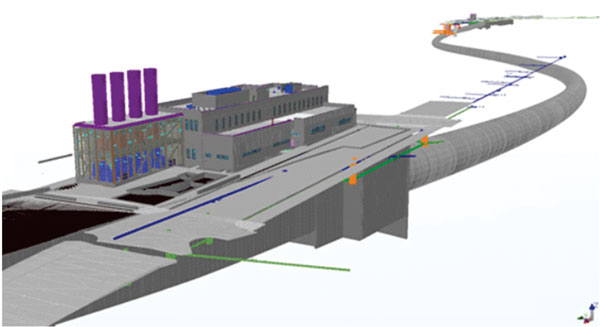 The new State Route 99 tunnel will be seismically safe, which is a clear improvement in travelers' safety. The current elevated road that the tunnel will replace was damaged by an earthquake in 2001, and it is under the risk of failure in case of seismic activity. Moving the traffic underground creates a new public space at Seattle's waterfront and at the same time the tunnel has capacity to support the future growth on the area.