Westkon Precast, one of the largest manufacturers of precast concrete in Australia, with two production facilities in Melbourne, is concentrating intensely on hollow core slabs and other pre-stressed concrete products by investing in flexible slipformer technology. The new, extremely maintenance-friendly Universal Slipformer, delivered by the Belgian Supplier, Echo Precast Engineering, is part of the strategy. 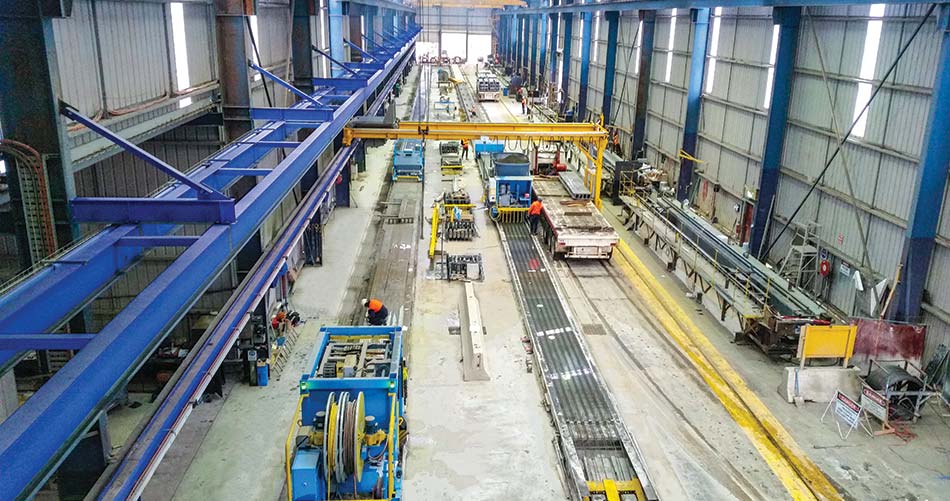 For several months now, a Universal Slipformer and the corresponding ancillary equipment for the manufacture of a variety of prestressed concrete products have been in use on the two 150 m long beds: as well as hollow core slabs, massive and stadium slabs are being produced

Westkon Precast, founded in 1987, began to manufacture hollow core slab alongside its established production of reinforced and prestressed precast concrete elements. However, the existing equipment had become outdated and worn, and had to be replaced. Simon Hughes, the project manager of the upgrade, recalls, "We were faced with the decision of patching up our existing equipment, ceasing production of hollow core, or invest in new equipment. We decided on the latter and to extend our product portfolio in this segment even further." In order to reach this goal, they needed the latest technology, which they could also use to manufacture a large range of products. 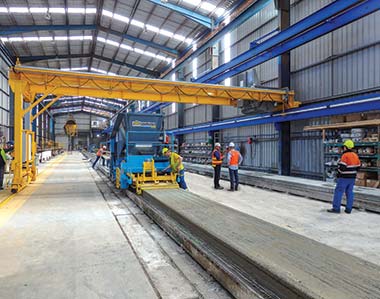 The Universal Slipformer allows Westkon Precast to manufacture hollow core slabs of 20 to 50 cm in height.
Westkon visited producers and service providers throughout Europe, and explored all the methods of production from extrusion, through slipformer technology to wet cast. Finally, the company was convinced by the flexibility of slipform technology, and started looking for a slipformer, which is easy to use, quick to convert and maintenance-friendly.

The fact that the choice fell on the Universal Slipformer from Echo Precast Engineering, one of the companies in the Progress Group, was no accident. “We were attracted by the flexibility of this machine. It was very important for us to be able to manufacture using automated equipment, which, in addition to producing hollow core slabs, was able to manufacture new products for the market, such as solid planks and stadium plates," says Hughes.

Hollow core slabs are still considered a relatively new product in Australia, and for this reason, attract interest particularly with an extended range. "It's certainly becoming more popular because of its efficiency, speed of manufacture, and installation, as well as the large spans, which can be achieved with hollow core slabs,” adds Hughes.

Two brand new production units and new mould sets allow Westkon Precast to manufacture a wide range of products. The first production unit is designed for the manufacturing of hollow core slabs– 1.20 m in width and 20 to 50 cm in height. An additional mould set is used to produce stadium plates that were used on the latest stage of the new Simonds Stadium Grandstand. 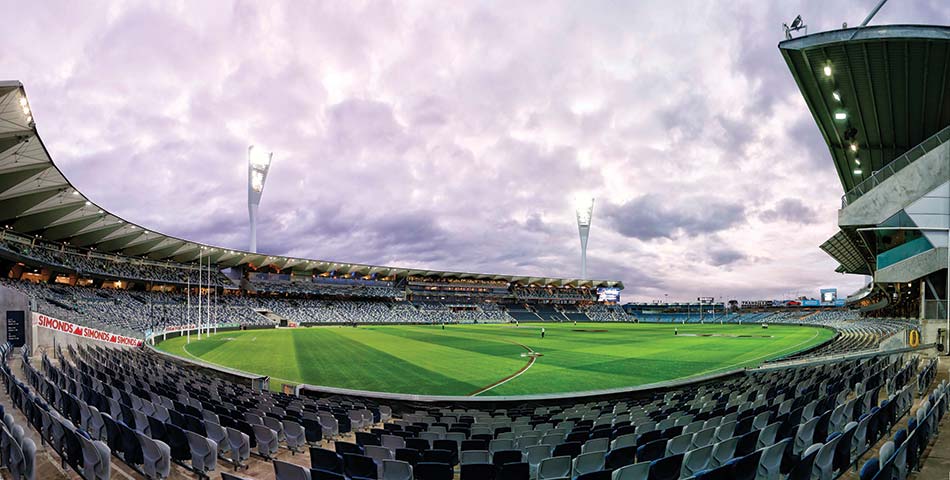 Westkon Precast uses the second production unit to manufacture hollow core slabs of 15 cm in height and pre-stressed solid planks of 8 to 15 cm in height. It only takes a few minutes to change over the production units. Even changing the various sets takes less than half an hour. With the Universal Slipformer, Westkon Precast is able to cover a wide product spectrum and react quickly to market demands. A multi-angle sawing machine, a fresh concrete saw, a multi-function trolley and a plotter, have made Westkon a highly automated production facility.

The new products - pre-stressed solid planks and stadium plates - have been well received in the market," says Simon Hughes. Two stadiums have already been equipped with these elements. For the Simonds Stadium in Geelong, including the precast walls, columns, beams, seating plates and steps, Westkon Precast produced over 8500 m2 of hollow core slabs and 1250 m2 of the new lower bowl stadium plates. The entire structure of the arena, which can hold 11,000 spectators, was constructed from precast concrete elements.

Hughes is convinced that the future prospects of these production methods are positive. "The market is growing - but that is no guarantee of success. The key lies in flexibility."