Innovated by Alex Liew Chung Meng, Lightweight Concrete Methodology (LCM) is an economical, durable, sustainable and speedier way of construction being used in over 40 countries, including India. 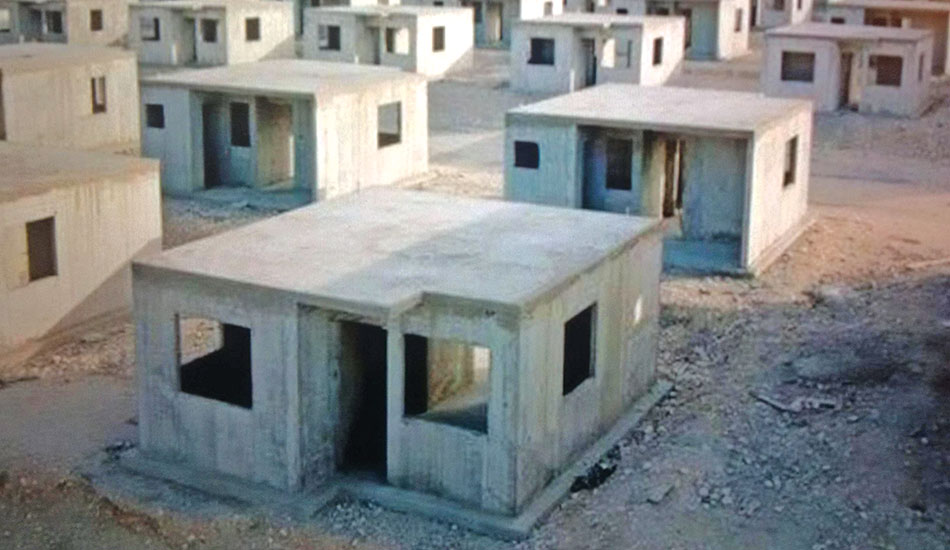 There is an enormous demand for good quality, low-cost housing across the world. According to the UN, about 21 million new low-cost housing units are required per year. The present huge backlog and still growing demand requires modern and very fast building techniques with quality materials, at a low cost. Here comes LCM, a low cost modern building methodology, which has excellent thermal and sound insulation properties, is non-combustible and has a good fire rating. It can be produced easily, used for casting any shapes, and can be pumped straight to where it is required.

Alex Liew Chung Meng, a 58-year old Malaysia-born Chinese, has been in the construction line for over 40 years. From a very young age, he showed a penchant for R&D to improve anything that interested him, including concrete and steel engineering. His specialty lies in Fiber Reinforce Lightweight Concrete and he has transferred his know-how and systems to more than a dozen universities to reach future engineers and architects.

As per his observation, the practice is to have large meter wide and meter deep holes dug for house footings, where a pad footing is made and stumps and ground beams for foundation. The pad footing resembles a reinforced concrete slab inside the deep hole and then a short reinforced concrete column is done before back filling and then the ground beams. More than a dozen of these "footings" are done or required at every column of a house, resulting in a large amount of diggings and plywood forming, steel bar bending and concreting. It was then that Alex questioned this unnecessary work. Why not a large slab above ground as it serves the same purpose? Today, this system known as Ralf Foundation or Strip Footings is being used even for more than one floor dwellings.

It is well known that concrete is heavy and the number one ingredient used for construction anywhere in the world today; but not many people know that concrete's density and compressive strength can be controlled. Cement is concrete’s main bonding agent and others like sand and aggregates are just fillers. LCM uses only the cement and sand but no stones. Moreover, in LCM, air is being used as another filler and can control its density by tiny air pockets being added into the mix via the foaming process.

Foam (invented by Alex, is like a shaving cream, which is shot out from a simple foam generator) is added to the mix to reduce the density of the mortar mix. The cement and sand mix have a density ranging from 1,800 kg/m3 to below a 1000 kg/m3 which makes the mix lighter than water. The strength is also controllable via cement and sand ratio as well as other additives. It is also able to add recycled waste such as ash or quarry dust. The multiple mix and density makes it widely applicable from heat insulation, blocks, panels, precast to casting a complete house by using a simple-to-erect and dismantle reusable modular system formwork. Hence, the system of casting strong and very fast construction of low-cost affordable housing.

Commonly, conventional construction methods will start by digging the ground for the pad for footings, then the stumps, followed by ground beams, columns and roof beams, then to brick work and plastering, and finally the cement rendering. Before plastering, hacking is needed for the wirings, water piping and sockets as well as the door and window frames. All this takes months, and the cost for skilled workers alone is substantial. LCM needs only a few unskilled workers and maybe one or two trained people to cast the house. This system to cast a house, compared to traditional columns and beams with brickwork methods, is not only 10 times faster but 5 to 35% cheaper overall. 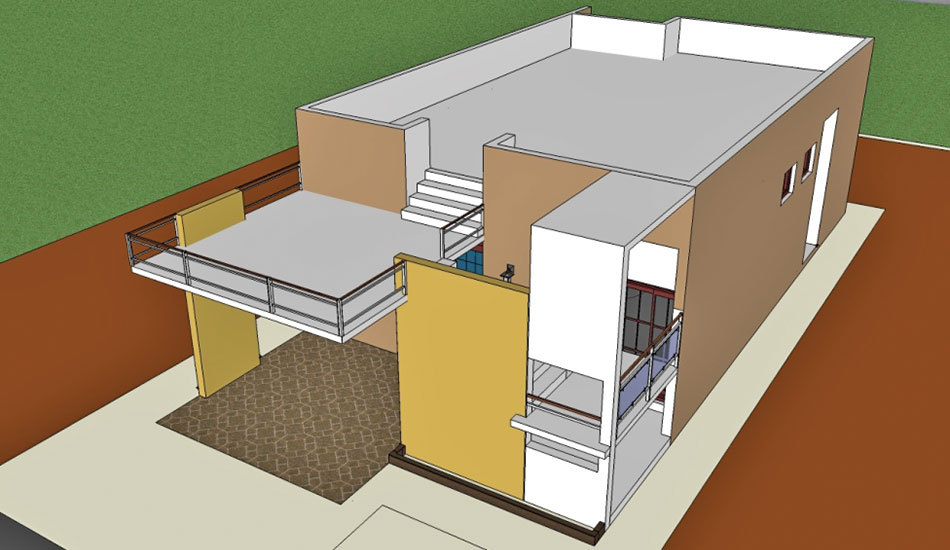 This system (or technology) is an Industrialized Building System (IBS) recognized worldwide and known as the Raft Foundation System or strip footings to cast the floor, which takes only a day or two, and the complete structural casting to the roof takes a few more days. It involves just the setup of the form works and the chosen concrete pump or pour in. The form-work is removed after 8 hours and reused to cast the next house immediately. This reusable form-work cast wall, however, will need a thin layer of skim coat before painting.

The Stay-In-Place (SIP) form-work is totally different; it is set up, pump or pour in the chosen concrete and wall is ready for painting after some putty touch up on the joints, and is not removed, and acts like a drywall system.

LCM needs only a few unskilled workers and maybe one or two trained people to cast the house. This system to cast a house, compared to traditional columns and beams with brickwork methods, is not only 10 times faster but 5 to 35% cheaper overall.

Please note that while this form-work is set up, door and window frames are inserted in-place and the water pipes and electrical conduit as well as the sockets are all inside the form-work. It is reinforced with steel rods surrounding the house walls. Research is underway for a tubing which run chill as well as hot water to make the wall cold or hot as one wants and as per the warm or cold season, making it a green wall system.

The world’s requirement of low-cost housing is enormous. Alex has traveled far and wide for the business of training and technology transfer to many interested parties/companies around the world. He has licensed a few of his formwork system and even Stay in Place formwork, which when set up, stays as the skin of the internal and external walls of the house, as this system eliminates need for the thin layer of skim-coating required before painting finishes.

Countries like India require hundreds of millions of small low-cost houses for the poor and homeless. The African continents also require the same volumes, with Nigeria alone requiring 17 million units. Alex has trained over 300 licensees in over 50 countries on various applications with his Lightweight Fiber Reinforce Foam Concrete technology. He is still developing better and cheaper ways to let the world know about the system so that everyone can own a durable and earthquake and cyclone-resistant strong concrete casted house. Bricks and blocks are a major cause of death in an earthquake or cyclone as they tend to collapse easily. A casted wall is easier, stronger and cheaper, and can become a much more accepted way to construct.

Alex and his licensees have done sample houses in countries like India, Sri Lanka, Indonesia, Philippines, Malaysia, Kenya, Uganda, Nigeria and many more. As always, many authorities are/will not be willing/interested to help in this low-cost housing due to reasons like land shortages, investor/investment, financing etc, with the result that low-cost housing for the poor and homeless will be a major challenge. "I have negotiated countless times for this low-cost housing in many countries. If CSR (Corporate Social Reasonability) becomes a compulsory reality, it will one way to help the world’s poor and homeless," says Alex.

The other challenging factor is that even when a small low-cost home is sold or given for free to the poor, they are not able to pay even 30 to 50 dollars monthly, which is making investors/ banks unwilling to help with this housing development project. With LCM’s proven, low-cost construction method, millions of houses can be cast annually, provided CSR comes into it compulsorily or the world’s super rich give a small percentage of their wealth to meet the demand for low-cost housing. 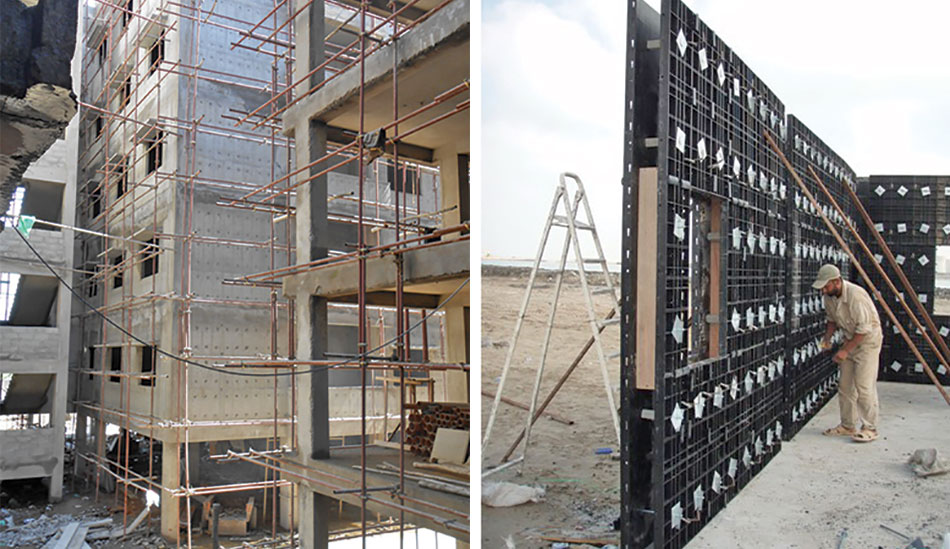 Another major deterrent is the fact that in conventional construction method, 10-15% claim is made at every phase of development of the house as the work progresses from making the flooring to the columns and beams, the brickwork, roofing, sanitary and electrical work, and so on, all of which can take several months to a year. This method is being followed as it is economical for the builders, buyers and the bankers, even though the houses are more expensive and slow to construct as compared to the LCM system.

In LCM, since all the doors and window frames, water and electrical piping, roofing, sanitary, tile and even paints are prepared in a few days or a week, investors/buyers must be ready with the finances. This puts a lot of pressure on them as there is capital investment involved for the formworks and equipment like mixer pumps, and also training and consultation fees.