This paper deals with the way in which efficient concrete structures have evolved in our firm during the last fifty years. For precast concrete structures to qualify as being efficient they should be cost effective, resulting in reduction in material consumption, easily buildable and needing little maintenance. For such an objective to be realised the designer needs to explore new structural forms and also needs to have an in depth appreciation of the impact of various stages of construction and associated constraints. The designer needs to take into account problems of de-moulding, type of erection equipment that would be available, construction tolerances, and problems concerning tilting and erection. One of the structures described briefly is a combination of precast and cast in-situ constructions which incidentally was also the recipient of one of the five "Most Outstanding Structure Award" at the XIIth FIP Congress held at Washington in 1994. 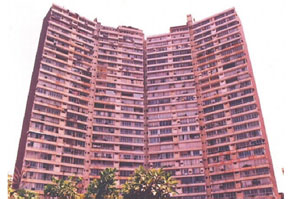 Figure1.1.1: A view of the large panel construction for an apartment building
Large-panel prefabrication in India began in Bombay (now Mumbai) almost 50 years ago with the design of a group of 27-storeyed residential buildings, of which three were built over the next few years. These buildings had traditional open foundations. The lowest 3 floors, used for parking and a podium, were cast in place. But the upper 24 residential floors were fully precast, using large-panel walls, hollow-core slabs, and box-shaped façade elements for window protection. In-situ concrete was used only in the vertical and horizontal joints.

At that time India had very strict import controls. The Contractors, who were also the developers and thus had control over both design and construction for the project, were unexpectedly lucky and got permission to import two tower cranes of 75 tonne-metre capacity (8 tonnes maximum hook load, 2.5 tonnes at 30m radius). They wanted to put these to use immediately and develop the technology for prefabricated housing construction.

Unfortunately, for this first project the plan and architectural dimensions had already been frozen before the decision was taken to use prefabrication. It meant that the 170 panels per floor would need to be of 103 different types. So panel repetitions were too few. But this was acceptable considering that a technology new to India would be developed.

Because this was the designers' as well as the contractors' first experience of reinforced concrete prefabrication, it was decided to build and load test, on a different site some kilometres away, a full-scale 3-storeyed mock-up, using wall and slab panels similar to those intended for the final construction. Vertical joints between wall panels in the mock-up were differently configured to test a variety of possible joint details.