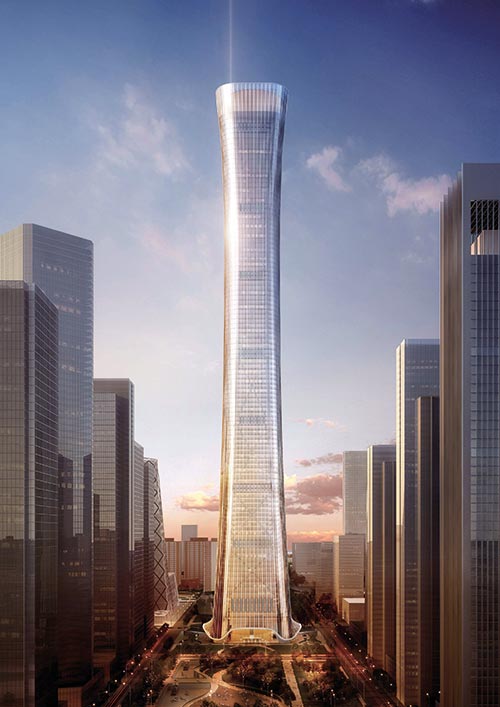 The world’s cities are changing rapidly & skyscrapers are redefining our skylines. And at the heart of the Beijing city stands “China Zun” – A 528 (1,732 ft) meters high tower in Beijing comprising of 108 floors. The tower is a supertall skyscraper in the final stages of construction located in the Central Business District of Beijing. It will be the tallest in the city, surpassing that of the China World Trade Center Tower III by 190 metres. The tower structurally topped out on July 9, 2017, and fully topped out on August 18, 2017, the completion date is set to be in 2019. Critical to the construction of this super-tall buildings have been KONE’s innovative technologies without which, reaching these heights would be impossible.

KONE’s JumpLift™ technology has a big role to play here. The technology helps shorten construction schedules by several months, which means quicker return on investment. It uses a temporary machine room inside the permanent hoist way. Its self-climbing feature ‘jumps’ upward as the construction work progresses, and also reduces the downtime of elevator installation to a minimum. This is because when the building is complete, the JumpLift can be swiftly transformed into a permanent ‘regular’ elevator.

The installation of the JumpLift has paid off for the developer, both in terms of cost, and (more importantly), saving of about 320,000 man hours. For example, a contractor might use around 35 elevators to shift workers and material around, and they would have to alter it each time to suit construction, which of course means more costs. But the problem was duly addressed for this project, which employs between 2,000 to 4,000 workers at peak times. The JumpLift system was the need of the hour since it is also used to move men and materials faster, safer and more economically. This has a cascading effect on traffic capacity by improving people and material flow efficiency by 15 to over 50%. 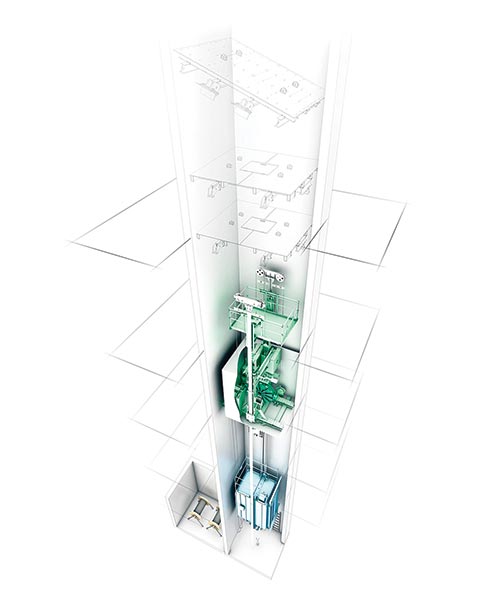 Another KONE technology driving China Zun’s height is UltraRope® – a super-light rope with a carbon-fiber core and special high-friction coating. UltraRope is superior to conventional steel cables in every way. It reduces weights by up to 80% allowing elevators to move farther and faster.

Take for instance an elevator travel height of over 500 meters – say 100 floors. Using the conventional technology would mean the weight of moving masses would be around 27,000 kg, which is like fitting 10 off-road vehicles inside the shaft and moving them alongside the elevator. But KONE UltraRope™ reduces that weight to roughly 13,000 kg – an equivalent of 4 off-road vehicles. This reduction means people will be able to travel from ground floor to penthouse in one continuous journey – even in a 1-km tall building.

UltraRope also makes maintenance hassle-free. Unlike steel, it does not rust, stretch or wear. Its special coating does not require lubrication, which makes maintenance environment-friendly as well. KONE UltraRope’s longer product lifetime is a boon too, as changing ropes in a tall building is no easy task.

11 units at China Zun are equipped with the UltraRope system. This technology dramatically reduces the moving mass of the elevator and provides several efficiencies that are beneficial to the customer. Add to this, the savings in electricity because of the reduced weight, and it becomes even more competitive. 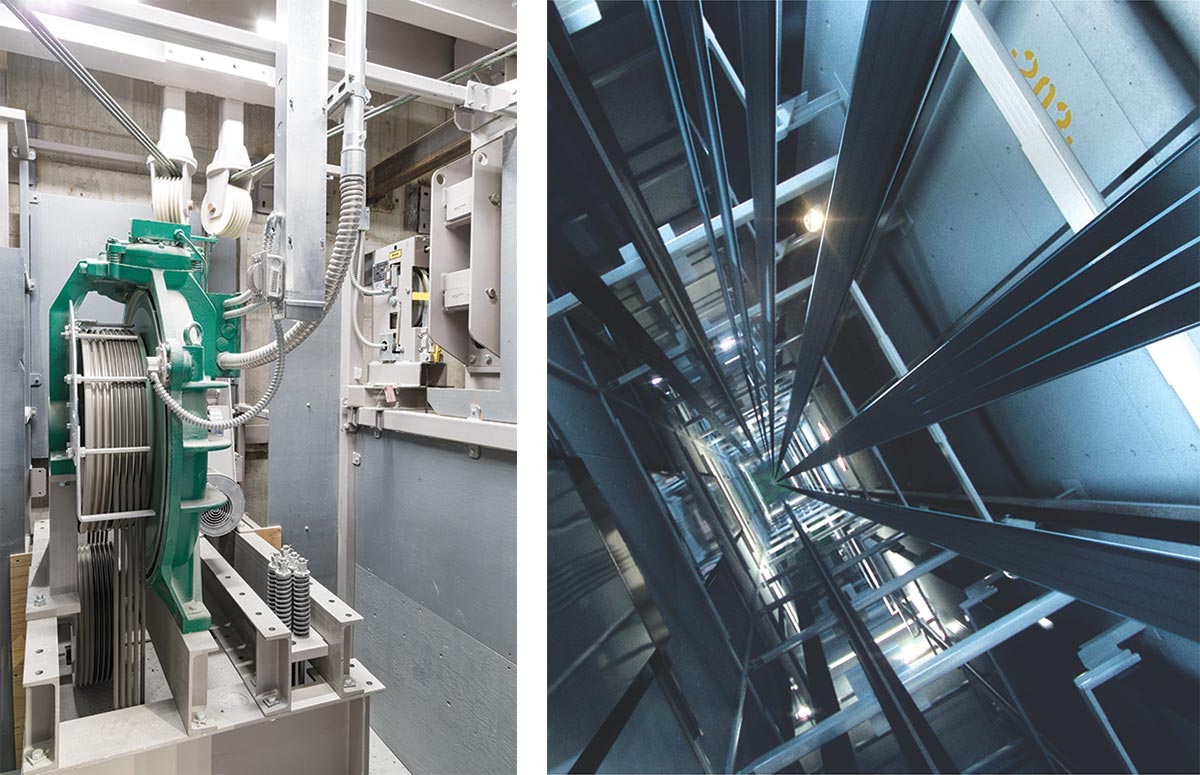 China Zun is setting an example for other upcoming skyscrapers around the world. A report by the Council of Tall Buildings and Urban Habitats (CTBUH) states that China dominated the world, ninth time in a row in 2016, in building skyscrapers. With the growing popularity of technologies such as JumpLift and UltraRope, making the impossible is becoming possible.