During the last week of March a few years ago, author was invited by a certain Company in an Indian city to review and advise upon measures to strengthen the ground floor and basement beams and columns of their six-storey building, consequent upon their raising two additional floors on top of their existing building, originally built eight years earlier.

Considerable work had already been carried out on strengthening the lower floor columns by their structural consulting engineer (SCE). The particular problem that initiated the author's involvement was the proposal by local experts to use Fibre Reinforced Polymer (FRP) bands to increase the shear capacity of the transfer beam B12 which carried the upper columns C9A and C15A down to its support columns C9 and C15. (Fig. 1.) 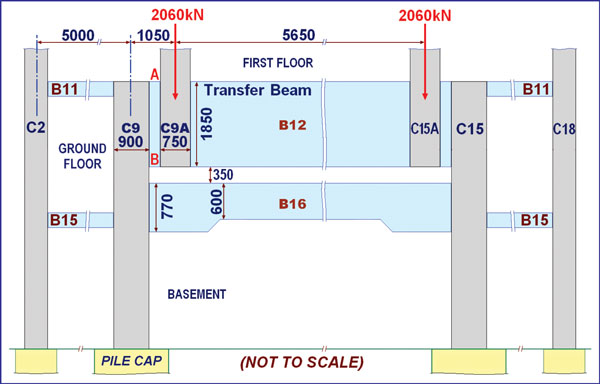 Figure 1: Transfer Beam B12 and Critical Shear Zone A

During his first visit to the site in March/April, author went round the entire building from basement to roof, examined the concrete and brick masonry, sometimes having the plaster removed for interior checking, did some light hammer tap tests, and took many measurements. He took numerous photographs for later examination, and made many freehand sketches and notes of critical details.

He held many discussions with SCE, and other building design and construction engineers, during which he obtained many clarifications on the history of the construction, and other technical matters.

Considerable planning and implementation of strengthening measures for the critical zone had been undertaken by SCE, experienced in reinforced concrete design and construction. Under his instructions, interior columns on certain lower floors had been strengthened by reinforced concrete jacketing, and further, interior finishing and full loading of the new floors were suspended till the problem was resolved.

Author not only endorsed his moves, but also proposed more stringent safety and enhancement measures to retain and improve the integrity of the building over the long term.