The land cost is increasing tremendously and decreasing availability of good construction site is building up pressure on the engineers to utilize even the poorest site either by providing special type of foundation or by improving ground conditions in urban centres.

Cost of land in Surat city has reached to sky. To satisfy need of land, Surat city limit has been expanded and more area is included by Surat Municipal Corporation (SMC). SMC is planning to make the city zero slum in forthcoming years. For that, slum rehabilitation policy is prepared by SMC. For this purpose, large area is required within the city limit. If landfill area can be used for the purpose, it may be the economical solution.

This paper presents work carried out to check the performance of the cement grouting as a ground improvement technique and cost effectiveness of techniques and material for a final economical solution.

The land cost is increasing tremendously and decreasing availability of good construction site is building up pressure on the engineers to utilize even the poorest site either by providing special type of foundation or by improving the ground condition. The weak subsoil deposits pose the problems of low bearing capacity and excessive settlement over long period of time. This may be overcome a the recently developed method of ground improvement. It can be effectively utilized to force the soil to behave according to the project requirement rather than having to change the project to meet the limitation due to weak ground. Solid waste disposal in landfills is the most economical form of disposal of waste particularly in the developing country. As the old and closed landfills are having the limited end use in terms of recreational uses like gardens and golf courses, it is now the demand of time to gain some return from the old landfills like infrastructure, commercial and low income residential development.

Cost of land in Surat city has reached to sky. To satisfy need of land, Surat city limit has been expanded and more area is included by Surat Municipal Corporation (SMC). SMC is planning to make the city zero slum in forth- coming years. For that, slum rehabilitation policy is prepared by SMC. For this purpose, a large area is required within the city limit. If landfill area can be used for the purpose, it may be an economical solution.

Surat city is having landfill site at Bhatar, near Sewage Treatment Plant. The land fill site is on the bank of Mithikhadi from Bamroli Road-Hegdevar Bridge to Althan -Bamroli road Bridge. The land is filled by garbage of varying depth of 1.00m to 5.00m at various locations length of bank. This site is discontinued since 2002. Bhatar site was found convenient for the proposed experimental work as this site is closed.

Modern grouting began in the mining industries, concerned with seepage and strength control in mines, tunnels and shafts, then was taken up by civil engineering, where it was used in the construction and maintenance of a sub base, for stabilizing loose soils or fragmented rocks during tunnel driving, reducing the likelihood of liquefaction of loose saturated granular deposits during earthquakes and as an underground cut off wall for strengthening and impermeation of dam foundation.

In addition to these applications, there are several applications of grouting for foundation soil improvement to support structures which includes the filling voids to prevent excessive settlement, as settlement is the major criteria for consideration for the redevelopment of municipal solid waste landfill sites. Application of grouting includes the permitting increments in allowable soil pressure relative to the untreated soil for both new structures and existing structures.

Grouting is new in use in all the fields of foundation engineering, the most recent being to prevent the contamination of hazardous waste landfills (Shroff and Shah, 1992)[9]. 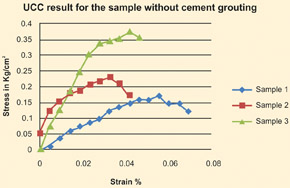 Figure 1: UCC results without cement grouting
The detailed study has been carried out to check the performance of the cement grouting as a ground improvement technique and cost effectiveness of techniques and material has checked for a final economical solution. For that samples were collected in disturbed form to perform laboratory tests. Disturbed representative samples were collected from the site at 0.60 m depth. The samples so collected were logged, labeled and placed in polyethylene bags and taken to the laboratory for the further tests.


The laboratory tests were performed for two different grout proportions 1:10 (1 cement: 10 water) and 1:5 (1 cement: 5 water) and the grout was applied to the samples without pressure. For both the proportions, the UCC test were carried out to check the strength properties after 7 days (Fig. 2 and Fig.4) and 14 days (Fig. 3 and Fig.5) and the results are shown in Table 2.

Considering the plane of failure in UCC tests θ is adopted as 25° and c = qu/2 on conservative side as shown in fig.8 For cement grout proportion 1: 5 and 1: 10, the bearing capacity as per the Terzagi’s equation for square footing (considering footing size as 1.2m x 1.2m x 0.4m) is calculated as described in Table 3.


Settlement is calculated as per IS 8009 Part I 1976[6] for both the proportions as per Table 4. The modulus of deformation E is calculated from the graphs of UCC test results.

Permeability is a property of material which permits the passage of any fluid through its interconnecting pore spaces. The physical properties that influence the permeability in MSW are density, particle size, porosity, material type, degree of saturation, stage of decomposition, and depth within the landfill. 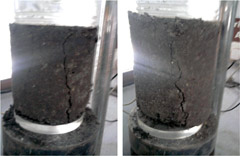 Figure 8: Failure pattern of samples in UCC Test
Chen HT. (1995)[1] studied the variation in permeability with density of the samples and hydraulic gradient and indicated a decrease in permeability with time. Constant head tests were conducted on test columns at densities 160 kg/m3, 320 kg/m3, and 480 kg/m3. The permeability reduced from 9.6 x 10-2 cm/s to 4.7 x 10-5 cm/s when compacted to densities 160–480 kg/m3, respectively.

Powrie et al. (2005)[8] indicated decrease in permeability with increase in effective stress, density and decrease in porosity. Korman et al. (1987)[7] indicated higher values of permeability of MSW for old refuse compared to fresh wastes which might be attributed to the heterogeneity and reconstitution of the sample in the laboratory.

Hossain et. al. (2009)[3] measured the coefficient of permeability of the MSW samples at different phases of decomposition and densities. Refuse samples representing various stages of decomposition were generated in laboratory scale reactors that were operated under the conditions to simulate the decomposition in bioreactor landfills. The stages of decomposition were determined based on the gas production rate and composition, pH, and by volatile solids composition. Permeability of municipal solid waste was in the order of 10-2 cm/s after the first phase of disintegration and decreased to the order of 10-4 cm/s at the final phase of degradation. The permeability of MSW at the first phase of degradation is 0.0088 cm/s at 700 kg/m3. As the sample degrades at the same density permeability reduced to 0.0013 cm/s. The results suggested that the coefficient of permeability ranged from 2 x 10-4 cm/s to 4 x 10-3 cm/s; and in general, reduced with increasing time and filling depth (Xiang-rong et al., 2003)[10].

The range of permeability of impervious soil is generally 10-5 to 10-8 cm/sec (Desai, 1992)[2]. The permeability tests carried out of the sample from the site at field density and moisture are 3.8 x 10-6 cm/sec and 3.5 x 10-5 cm/sec (Appendix - I) in the present study, which shows that the material is impervious and therefore the decay of foundations due to rain and capillary rise will be considerably minimized.

The present research was extended to assess feasibility of simple, easy to construct low pressure grout of cement for improving the top half a meter crust for economical foundations.

The permeability test carried out at field density and moisture, which shows that grouting will improve the strength as well as decreases the permeability. Therefore, the decay of foundations due to rain and capillary rise will be considerably minimized.

The cost comparisons for the site shows that 2 to 4% of the cost of the total market value of that landfill site is required for the ground improvement treatment to reuse the site.

We wish to express my deepest gratitude and sincere appreciation to Dr M D Desai (visiting professor of SVNIT) for his constant guidance, dedication, and encouragement throughout the course of the study. His systematic guidance, moral support, constant persuasion, motivation and encouragement helped me at all stages to complete this seminar.

We are also grateful to Er H H Desai and Unique Engineering service for providing all the facilities required for the experimental work. Thank all the experts with whom the research scholar had interacted during Conference, Workshop and STTPs.