There is an inclination towards using conventional techniques such as DBM in the hydropower segment, while sectors like rails and roads will move towards advanced technologies like NATM; meanwhile, TBMs will continue to dominate the metro rails.

The New Austrian Tunneling Method (NATM) is increasingly being used in road and railway sectors.
Tunnelling in India has a very bright future. Currently, the Indian Government is concentrating more on roads, railways and irrigation tunnels in India, where most of the roads and railway tunnels are being built in the Himalayan range. Most of the ongoing and awarded projects are being built by the drill and blast method (DBM), which is the most common tunnelling method. Usage of tunnel boring machines (TBMs) is slowly increasing due to underground metro projects in many cities, with the. New Austrian Tunneling Method (NATM) being increasingly used in road and railway sectors.

In tunnel construction, geological surprises are one of the biggest challenges.
Complexities in the Himalayan region such as difficult terrain conditions, thrust zones, shear zones, in-situ stresses, rock cover, ingress of water, high level of seismicity etc. affect the construction. Tunnelling activity is also affected due to inadequate investigation, inappropriate budget and time allocation for site investigation, hurdles in acquisition of land, and improper assessment of geological-geotechnical conditions.

The tunnel market is expected to accelerate in coming years. This will, in turn, translate into huge opportunities for the contractors, consultants, equipment providers and material suppliers.
DBM will continue to be the preferred method for construction of hydro tunnels. The experience thus far indicates a greater inclination towards adoption of conventional techniques such as DBM in the hydropower segment. Other sectors like rails and roads will move towards adopting the advanced technology of NATM. Meanwhile, TBMs will continue to dominate the metro rails.Thus, there will be a higher demand for equipment like drill jumbos, shotcrete machines, excavators, loaders, etc. MIPL also offers rental service of these equipment to tunnel construction companies in India.

MIDAS – Pipe Roofing System/ Umbrella System
This is a support system used in loose ground conditions in conventional and mechanized tunnelling. It is used to enhance ground properties to stabilize and reduce risk in tunnel works. It is a method of supporting the tunnel by driving pipes ahead of excavation. It is also used in developing the portal sections and for the re-excavation of collapsed sections in underground works.

Fields of Application The Installation of the Pipe Roof System is simple and quick and has the following effects: Pipe Roofing Components Typical Design

DAL-LAGO, a leading global company that provides its patent precast technology for residential, commercial and Industrial buildings, is strengthening its presence in international markets, including India. In a new development

Rakesh Gandhi, Director, Express Equipment Rental & Logistics Pvt. Ltd., shares the reasons for growth in the crane rental market and why renting is more financially viable, and also the scope for growth amidst rising competition

Alexander Hellmers, CEO, Project Logistics Alliance, discusses the concept behind setting up the alliance with member companies across many parts of the world, and its aim of furthering global project freight forwarding businesses with specialised know-how

Aditya Gund, Segment Manager - Utility and Pipeline, Vermeer India, is confident that the use of Trenchless technology will become more widespread in India due to the increase in infrastructure development projects, which being highly

With our indigenously manufactured products and engineering expertise, we are playing an important role in building a modern India and are also catering to global markets. Our investments in expanding our manufacturing capacity

Sanghvi Movers Limited (SML), the largest crane rental company in India and ranked 5th largest in the world, is on the verge of becoming debt-free. Rishi Sanghvi, MD, Sanghvi Movers, shares plans to

Sustainable growth has always been one of the cornerstones of our operations, so we welcome the introduction of CEV Stage IV Emission Standards for Wheeled Construction Equipment Vehicles

We are launching our SLM of BS IV Engine with increased output, which will lead to higher productivity with benefit of fuel consumption. This will help rental companies to earn more and contractors to complete

Our newly introduced AX 124 Backhoe Loader is powered by a highly efficient BS IV engine and will give 10-15% higher productivity. Our all-new AX 124 BS IV Backhoe Loader offers up to ₹10 lakh savings

Justification of the price hike for BS IV compliant machines in a price sensitive Indian market will be a challenge, but while the new emission norms will add to the cost, it will make the equipment

We will support customers who would like to upgrade their BSII/BSIII machines to our new CEV Stage IV machines. Every technological change brings some challenges, but we see this as an opportunity to

The BS IV compliant equipment is the latest standard internationally and in fact very soon we will also go to the next level of BS V; this is necessary for our environment as lower pollution levels will help

Escorts has adopted the much superior 4-valve technology engines that deliver a much higher torque and give better fuel efficiency. We were amongst the first to start selling BS IV compliant machines

Transition to the new emission norms will be a big challenge both for the manufacturers due to increased technological costs and for users due to high maintenance and running costs; but it is the need

Consumers are our topmost priority and we will support them in getting adapted to the new technology/compliance. BS IV engine will give better performance and mileage, and reduce PM emissions

Mahindra already has a huge experience with respect to CRDI Engines, which are being used by many in-house and other OEM products. Our BS IV engines are being used in over 2 lakh vehicles across the 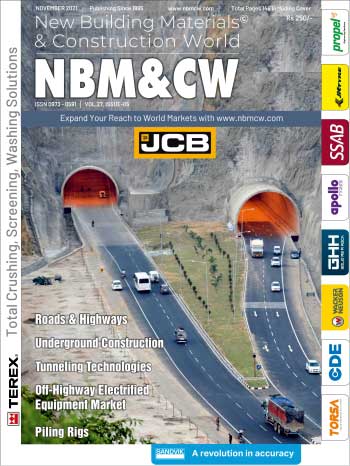 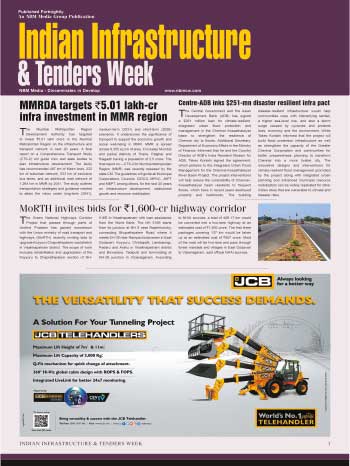