Sanghi Industries has emerged as one of the major cement manufacturing companies in Western India over the past few years and is still expanding. Please introduce your company's major achievements to our readers.
Sanghi Industries Limited is the flagship company of the Ravi Sanghi Group. It has emerged as a major cement player in western India over the last few years. Company's 3 million tonnes per annum capacity plant in the Abdasa taluka of Kutch district in Gujarat is ranked as the second largest cement plant at one location in India. It is one of the top 3 players in Gujarat and is now increasing its presence in Maharashtra, Rajasthan and Madhya Pradesh.

Sanghi Industries has several firsts to its credit: First plant in India to install cross belt analyzer for micro analysis of limestone to ensure consistent superior quality of cement. First to install stacker and reclaimer for uniform homogenizing of each raw material and the first plant to have 100% robotic control systems to ensure consistently superior strength and quality of operations. Only Indian cement company to achieve Export House status in the first eight months of commencement of operations. First company in India to have a full fledged infrastructure, from day one, such as 58 MW power plant, own jetty to cater the needs of sea route transportation, desalination plant and road network. 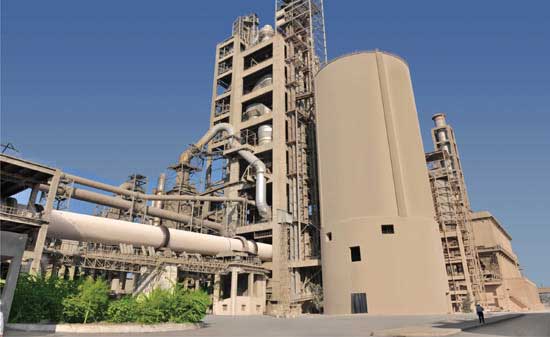 It was amongst the first few cement players to focus on branding a commodity product like cement in India. Today, the 'Sanghi Cement' brand is a household name across Gujarat. It is now focusing on emulating this success story in the neighbouring states. Unique initiatives like its 'Toll Free Service', 'Customer Care Centres' and 'Shakti Raths' have further cemented the Sanghi Cement brand's recall value amongst retail as well as institutional customers.

Please tell us about the recently announced capacity expansion at Sanghipuram?
We plan to increase our current capacity of 3 MTPA to 7 MTPA over the next few years through a mix of debt and equity funding.

How is the Indian cement industry compared in the global market?
Global cement production has been growing at an average rate of 6.4% in the last five years from 2.57 billion tonnes in 2006 to 3.29 billion tonnes in 2010. China, with an average annual growth of 11% and India, with an average annual growth of around 10% have been the major growth drivers of the global cement output. India is the second largest cement producer in world after China.

The turnover of the Indian cement industry has been estimated at $25 billion in 2010-11. During the last five years (2006–2011), while installed capacity increased at an average annual rate of 13.6%, production witnessed an increase of 9.1% during this period. Total capacity that is expected to be created/commissioned at the end of Eleventh Five Year Plan by 2011-12 is 331 million tonnes, about 10% higher than the plan target. Since there has been a slowdown in the GDP growth and a drop in the demand for cement, particularly in the period 2009–12, this additional capacity has led to lower capacity utilisation. Capacity utilisation has come down from around 94% during 2006-07 to about 84% during 2009-10 and is expected at around 75% in 2011-12.

With terms like inflation, downturn, poor sales crowding the air what is the real situation of the cement industry today? How are the companies coping with the situation especially in terms of energy sources?
Year 2011 has been a bumpy ride for the Indian cement sector. The impediments which have created the impact on the industry are recent devaluation of rupee and costlier bank fund which further led to a rise in freight and logistics cost. The transportation cost, which account for 25% to 30% of the total cement cost, has been increasing due to recent increase in rail freight rates and a moderate increase in road freight. Power and fuel costs, which are 30–35% of overall cost structure have increased significantly over the last few years. The rupee depreciation has made imported coal even more costly.

The year 2011-12 has also proved to be a difficult year for the industry due to excess capacities and higher input costs. Cement production capacities at over 300 million tpa currently are significantly higher than the 220-240 million tpa demand projected for 2012. Supply is expected to outstrip demand for the next two years, as an incremental cement capacity of around 75 million tpa is going to get added, most of which will be in the south and central regions. 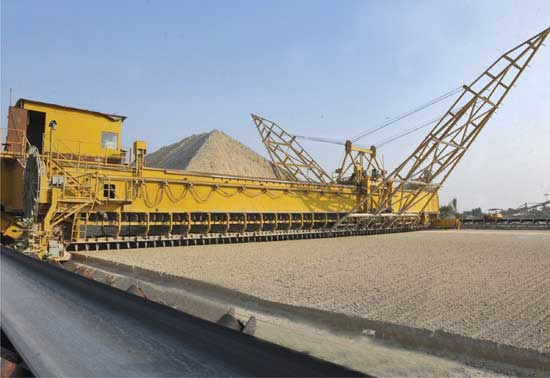 What support does the industry expect from the government to continue growth and profitability?
Cement demand in the future will largely be driven by the increased focus of the government on the infrastructure development and promotion of low-cost affordable housing in the country. Decent economic growth, rising income levels of a growing middle class, concept of nuclear families catching pace, tax incentives and modern attitudes towards home ownership will continue to boost the housing demand and real estate which is further related to the retail segment.

Fiscal support to housing and roads would accelerate the demand for cement substantially. Given the housing shortages in rural and urban areas and given the increase in the cost of affordable homes, the income tax relief for the interest paid on the home loans needs to be increased from the current `1.5 lakh per annum. The government should also consider looking at a policy whereby all new expansions in the National and State Highways may be made of cement concrete.

Amongst the major challenges faced by the Indian cement industry is the high taxation. The overall rate of tax on cement is estimated at 30% in India compared to 19% in China and almost negligible in Thailand. Therefore, the tax burden on cement industry needs to be lowered considerably. The levy of excise duty on cement should be simplified, i.e. specific rate or as a per cent to the Retail Sale Price with suitable abatement as is available in other commodities.