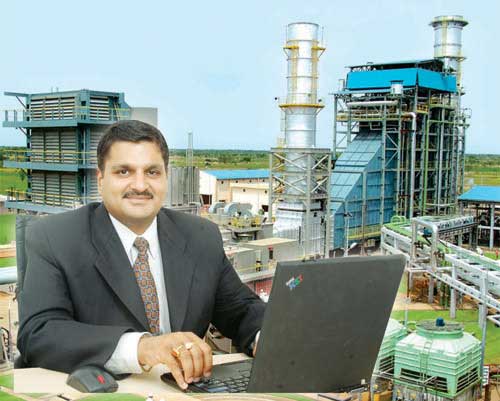 What began as a Pig Iron business in a small city of Srikalahasti with a handful of employees has today grown into a full fledged Integrated Infrastructure Enterprise with a human resource base of over 5500 members. Since then Lanco has steered through numerous projects in the field of Infrastructure, Construction, Power, EPC, and so on. Today, with operations in 20 states across India and international offices in Jakarta and Singapore; Lanco is fast emerging as one of the top three private sector power developers. A leader in power trading in the private sector, Lanco’s contribution to the industry is second to none. The Construction and EPC division is executing a range of major projects spanning power plants, highways, Airports, Industrial structures, civil structures, and Lanco Hills, one of region’s largest mixed- use property developments. To be honest with you, our journey has been challenging yet exhilarating. With a work team of such dedicated and qualified professionals, we surely believe that - “Sky is the limit,” says confidently, Mr. J Suresh Kumar, CFO, Lanco Infratech Ltd. during his interview with S. A. Faridi.

Dwelling on the company's global partnership with top-notch companies that has helped Lanco to establish a niche for itself, he said, Lanco's has strategic partnership with some of the renowned companies across the globe which includes: OHL of Spain, Westport, Genting of Malaysia, Dongfang of China etc. Initially working as sub-contractors to our EPC partners, we have now developed in-house capabilities and are executing about 9000 MW of projects.

Talking about the projects in hand, he said Lanco is currently developing two road projects in Karnataka. The cumulative length being around 160 km at an estimated cost of Rs 13,000 million. Lanco is also constructing Lanco Hills; an integrated IT Park spread over 100 acres at Manikonda in Hyderabad. Construction of 4 million square feet of residential space and 0.5 million square feet of office space is currently progress. At Lanco Hills, innovation and technology was used to achieve a slab cycle time of 4 days, which is comparable to the best in the world. Lanco has grown phenomenally in the EPC space. Beginning as a sub-contractor, Lanco has gone up to develop in-house capabilities in EPC. The order book of Construction and EPC as on 31 March 2010 stands at Rs 25,713 crores. The EPC Division alone has over 3500 employees and is executing around 9000 MW of power projects. We are also exploring major international EPC projects and have opened two international offices. One at Singapore and the other at Jakarta.

Lanco Infratech has been one of the pioneering in developing power projects in the country. Our power portfolio consists of a good mix of gas-based, coal, hydel and renewable projects. With 1949 MW under operation, 7362 MW under construction, and 2483 MW of projects under development, Lanco is fast emerging as one of the leading private sector power developers in India. Out of the total portfolio of 11794 MW, 4533 MW has achieved financial closure. Our vision for 2015 is to have an operating capacity of 15,000 MW in Power.

Sharing his concern about the slow pace and slippage in achieving additional capacity planned for the 12th Plan period, he recommends expediting the growth and development of the power sector, timely statutory approvals from the Government and the Regulatory Authorities. Also Physical variables including skilled manpower to execute the projects are in short supply. These concerns need to be addressed on top priority. 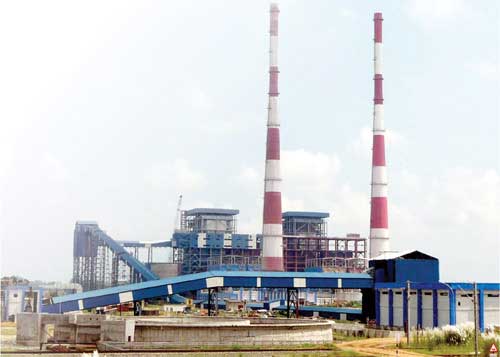 On the new technical, manpower and financial challenges the company foresees in the infrastructure and how it as equipped itself to strengthen its end to end competence and resources, Mr. Suresh maintains that Lanco has undertaken several initiatives to strengthen its end-to-end competence. Lanco has strategic tie-ups on the technical front with leading equipment and technology suppliers. It has also partnered with global O&M and EPC companies to strengthen its competence in these areas. Lanco is well placed monetarily. It has recently completed a successful QIP and the cash flows are healthy on the strength of increase in power operating capacity and growth in the EPC and its margins.

The year 2010 is being celebrated as Lanco’s Silver Jubilee Year. On the occasion, we would like to address to our clients through this Journal our firm commitment to be a high performance organization discharging our role as India’s largest Power Traders in the private sector and  achieving an annual turnover of Rs 40,000 crore by 2015  as per Lanco vision for 2015. The passion of the Entrepreneurs has brought Lanco to its present level. Now in its Silver Jubilee Year, Lanco is at a take-off stage and is fully geared to take up the challenges of the changing business environment worldwide. Mobilizing resources within and outside the organization and adapting the best technology and management practices will enable Lanco to build a High Performance Organization which will add value and win the trust of its stakeholders. This will lead Lanco towards it vision of being Most Admired Integrated Infrastructure Enterprise, said Mr. Suresh in his concluding remarks.