"Essar Power with a track record of 14 years of experience in power generation is all set to expand its current generation capacity from 2,800 MW to 4,510 MW by the end of current fiscal and to 6,700MW by 2014. We are focussed on bringing these assets to production to generate return for our stakeholders. Essar Energy is continually seeking to benchmark itself against best practices, to embrace change," says Mr. KVB Reddy, COO, Essar Power Ltd., in an interview with Maria R.

As a part of diversified business corporation-Essar Global, how would you like to describe the evolution of Essar Power Ltd-India's second largest power Generation Company in the private sector, its milestone achievements and combined capacity installed so far?
Essar Power is one of India's leading private power producers with a 14-year operating track record. The company's power business currently has five operational power plants in India with a total installed generation capacity of 2,715MW. 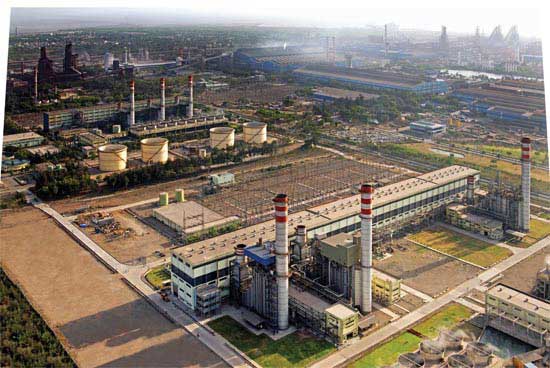 This capacity is increasing to 4,500MW by end of 2012 and to 6,700 MW by 2014. Essar Power also has access to approximately 500 mt of coal resources across seven coal blocks in India and overseas.

Essar Power is currently working on seven power projects i.e total capacity under construction is 9,870 MW. What is the status of the ongoing power projects and by when they would be commercially operational?
Essar is on track to commission 6700 mw of power by 2014.

To bail out India's crisis-hit power sector, finance minister in the budget proposed scrapping the import duties on coal and liquefied natural gas, increasing the limit on overseas borrowing and reducing withholding tax on foreign investments. What is your take on this?
Scrapping import duties on coal would help meet the growing demand for the fuel in a country where 70% of electricity is generated from it. The withdrawal of import duty on natural gas, used as fuel in power plants, will offset sharp spikes in the price of imported natural gas and help in setting up gas-based capacity in the country. The effective and investment-friendly policy roadmaps designed by the government of India are increasing the liberalization of the power sector. These amendments will give a big boost to the power sector which is reeling under the effects of an ineluctable crisis. 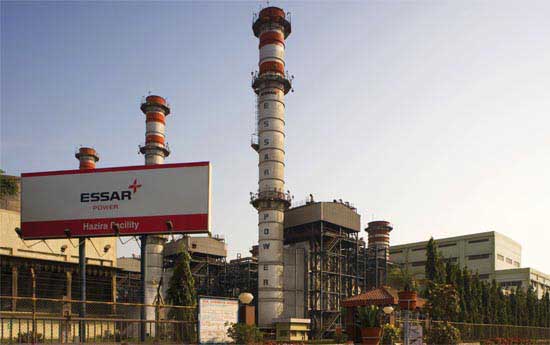 Currently, what are the other problems plaguing in the power sector?
Critical obstacles in the power sector in India include fuel supply bottlenecks, distribution losses and lack of funding. Fuel availability has emerged as the biggest risk faced by thermal power projects in India. Coal production has not kept pace with power capacity addition in the current plan and developers have been forced to import coal at a time when international coal prices have shot up. Lack of clearance for mine developing has also chocked the supply of raw material.The other key issue confronting the Indian Power sector is the dismal financial health of distribution utilities. These have accumulated financial losses estimated at over Rs.70,000 crores in 2010–11 which is projected to grow to Rs.100,000 Crores by 2014.

The lack of tariff hikes and mounting Aggregate Technical and Commercial (AT&C) losses too have led to under–utilization of generation capacity.

The government has set the target to achieve 85,000 MW capacity additions with an estimated investment of $400 billion during the 12thplan. Foreseeing the current scenario, do you think this target is achievable? And if yes, then what initiative you would like the government should take to achieve this?
Currently, the concern is both on the supply and the demand side. On the supply side, poor availability of fuel (both gas and coal), transmission capacity bottlenecks, and slow pace of obtaining statutory approvals for land acquisition are key factors affecting capacity creation.

Several projects at the development stage are being deferred/kept on hold due to the above mentioned reasons.

Significant rise in the interest rates in the last 3 years has also affected fund raising. Availability of debt capital at reasonable cost is critical for any business, particularly infrastructure, as debt typically finances 75% of the project cost. The current state of capital markets is also not conductive to raising equity. Hence funding new projects has become extremely challenging.

On the demand side, absence of tariff reforms have led to high losses and financial stress for distribution companies, which are the main bulk procurers of power. Poor cash flows are affecting ability of distribution companies to off-take power, which is creating additional uncertainty for capacity creation.

While the government's target and the actual capacity addition achieved in the past year is laudable, the challenges faced by the industry will make the target achievement much more difficult. However, we remain optimistic that the government is cognizant of these issues and is taking active steps to address them.

Renewable energy is increasingly gaining importance as the most preferred source of power generation. Where do you see company's presence in this sector and plan to further strengthen its position seeing the immense potential?
Essar Energy currently is focussed on implementing the above mentioned projects. We continue to evaluate opportunities in the renewable energy space and currently have a small portfolio of capacity. 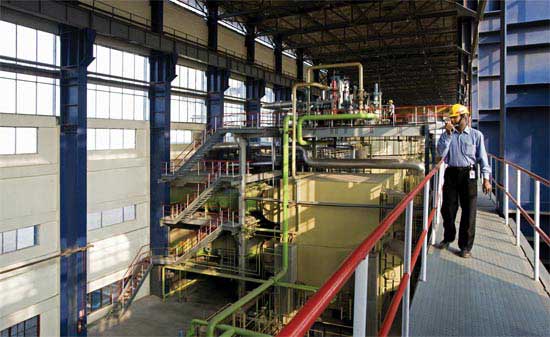 Essar power is known as low cost power producer; how is your company managing to generate and supply power at very competitive price?
Essar Power's power business focuses on modularization which essentially implies focusing on few vendors for all key equipment thus enabling us to get good pricing and delivery schedules, which are key to controlling capital costs in the infrastructure sector.

Also, owning the raw material is a very crucial factor to keep costs under control. Essar Energy has access to approximately 500 mt of coal resources across seven coal blocks in India and overseas. Our mines are located in Indonesia, India, and Mozambique.

Essar Power has acquired 100% stake in Navabharat Power Pvt Ltd; what made the company to go for the acquisition and how this move will help the company to consolidate its position in the market?
Navabharat power is a pit head coal based project with a share of the Rampia coal mine allocated to it. Pit head coal is the cheapest source of producing power and is consistent with Essar's strategy of being a low cost power producer. While our power strategy is mainly organic, Navabharat was an attractive opportunity for acquisition which we went ahead with.

The project's development is presently linked to achievement of certain crucial project milestones – mainly land acquisition which has been moving slower than anticipated.

What is company's target for the next 3-4 years in terms of capacity addition and expansion including Essar continues focus on establishing its footprints in the overseas market?
Essar Power is on track to expand its current generation capacity of 2,800 MW to 4,510 MW by end of current fiscal and to 6,700MW by 2014. We are focussed on bringing these assets to production to generate return for our stakeholders. At this point in time, we are not looking for any overseas projects.

A word about Group's approach for Sustainability.
Essar is striving to be a leader in sustainable business practices, with a focus on health and safety, people, communities and environment. Essar is committed to ensuring its strategy, business and operations are built around a culture of responsible behavior by all its employees. Building and operating large-scale power, oil and gas assets represents a challenge. However, Essar's aim is to ensure that as far as possible the impact on people, on the communities in which it operates, and on the environment is positive, and that any risks and consequences from its operations are minimized. Essar Energy is continually seeking to benchmark itself against best practices, to embrace change.