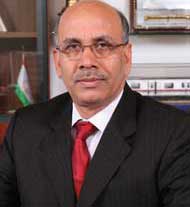 "A number of technological changes have been made in the present phase of construction by us. We thoroughly analyzed our experience in the previous phases and have tried to incorporate the changes. All the upcoming Metro stations under the Delhi Metro's third phase of expansion will be designed and constructed as 'green buildings' with specific provisions for the conservation of energy, water saving and waste management arrangements. As part of Phase III, which will be completed by 2016, the station buildings are being designed and constructed with lot of innovation focusing on eco-friendly techniques," says Mr. Mangu Singh, Managing Director, DMRC, in an interview with S.A.Faridi & Maria R.

After the successful commissioning and operations of metro Phase I and phase II, DMRC's Phase III is slated to be fully operational by 2016, how is the progress going on and will the DMRC meet its deadline?
The progress so far has been satisfactory. We have commenced work on all the proposed corridors. The three kilometre long Central Secretariat – Mandi House portion of the Central Secretariat – Kashmere Gate section was opened to public on the 26th of June, four months ahead of schedule. We are hopeful of completing all works of the Faridabad extension as well as the Jahangirpuri – Badli section by the end of this year. On all the other corridors also, progress of construction work is at peak. As of today more than 15 Tunnel Boring Machines (TBMs) and around 10 Launching Girders are operational across the National Capital Region (NCR). Work on two new bridges over the river Yamuna is going on with one of the bridges at Nizamuddin nearing completion. However, there are still some issues regarding the availability of land on certain stretches, but we are confident of completing all the work by 2016. In Phase III so far, viaducts over 30 kms have been completed and 15 kms of tunneling has been done, which is equivalent to the entire civil work of Phase I. We are absolutely as per schedule for completing Phase III on time.

It is reported that DMRC is going green and all its upcoming 90 stations under Phase III will be designed as green buildings. Please briefly elaborate that how DMRC will take the environmental journey and what green features will be incorporated in the stations?
All the upcoming Metro stations under the Delhi Metro's third phase of expansion will be designed and constructed as 'green buildings' with specific provisions for the conservation of energy, water saving and waste management arrangements. As part of Phase III, which will be completed by 2016, the station buildings are being designed and constructed keeping the following provisions in mind: 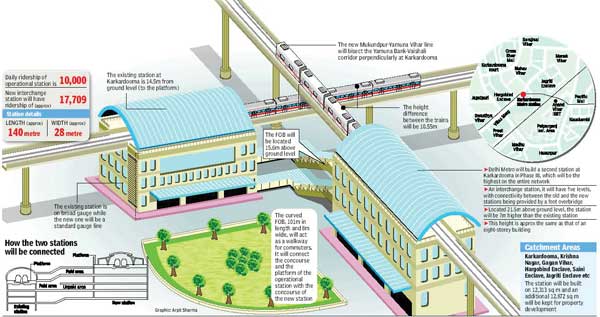 DMRC has created history by constructing an elevated track segment hovering over another operational elevated segment at a record height of 21 meter which is first of its kind in India. What does this achievement meant to you and how did DMRC manage to successfully complete this challenging task?
The construction work of crossing over the Metro viaduct at the existing Karkarduma Metro station was never an easy task for the Metro engineers. It posed numerous challenges to the civil engineers throughout the project as this is one of the highest crossings of the Delhi Metro network. The new Metro line (Majlis Park – Shiv Vihar) is crossing the existing (Vaishali- Dwarka) elevated line at 21 m above the ground and is 10 m above the existing Metro line. The work was done without disrupting the normal daily Metro train/passenger services for even a single day.

We crossed the existing Metro line at such a height in a very safe and systematic manner with all safety precautions in place. The launching of girder and erection of span was carried out in a very watchful manner with extra precautions. Extensive round the clock CCTV monitoring was done adjacent to the rail track to avoid any signs of electrocution and fall of material during crossing. The monitoring consisted of earthing provided to the launching girder, pre-stressing beam, erected segments or any other loose items kept on span. The work was carried out during the shadow block of the existing system during non-operating hours after getting all the clearances from the competent authorities. This achievement certainly means a lot to all of us. In this phase, we are crossing over existing viaducts at four more locations.

You are associated to DMRC since its inception, how over the years have you seen changes in its project management and decision-making skills on newer construction methods and technologies?
When the Delhi Metro had started its journey, we were a small team of a few engineers and officials. Over the years, the family has grown enormously with 8,000 people working today. Keeping pace with the expansion of the network as well as the responsibility of bringing new areas under Metro connectivity, we have also brought changes in our work culture. However, right since the beginning, we have tried to keep official red tapism at bay and have focused on quick decision making. On the construction front also, the effort has been to adopt the latest technologies to make Metro construction safe as well as qualitatively better.

Would you please comment on the latest technologies being adopted by DMRC for the faster and smoother construction of metro projects?
A number of technological changes have been made in the present phase of construction by us. We thoroughly analyzed our experience in the previous phases and have tried to incorporate the changes.
Would you please elaborate on your initiative for opening Tunnel Training School?
DMRC has tied up with the Tunnel Training Academy in Kualalumpur to train its engineers on the latest techniques and skills needed for doing underground tunnelling works using Tunnel Boring Machines (TBM). This training is aimed at increasing the levels of skills of the DMRC engineers in Underground Tunnelling as about 53 km of the total length of Delhi Metro's Phase III is being constructed underground and 35 TBMs are going to be used to achieve this target. The first batch of engineers has already obtained training from this institute.

The metro engineers are now getting hands on training in a classroom underground tunnel environment using audio-visual 3-dimensional tools to erect tunnelling segments using wireless controls in the Malaysian Academy. In addition, they can also construct Tunnel Archs using Concreting (Shotcrete) in the training laboratories. The trainees are also being exposed to working TBM models and the use of cutting tools such as Disk Cutter & Cutting Knives which are used to cut through soil and rocks encountered by the TBMs during underground tunnelling operations. As part of the module, emphasis is given on ensuring that metro engineers make sure that there is no movement and surface settlement in the buildings above under which metro tunnelling takes place. In the future, we also plan to open our own tunnelling training school as a large number of Indian cities are now planning or implementing Metro systems. Our training facility at Shastri Park is already providing training to the Operations and Maintenance staff of a number of the Metro systems in India.

DMRC has been asked by Lt-Governor to "look beyond" and "conceptualize" itself as a global entity. How do you look at this opportunity? What are the international contracts currently you have in hands or are discussing on?
We are already exploring opportunities to establish DMRC as a globally reputed organization with expertise in providing consultancy as well as construction solutions to upcoming Metro projects across the world. In 2012, DMRC was engaged jointly with Japanese Consultancy Co for the work of 'Management Consulting Services' for the first phase of the Jakarta Mass Rapid Transit System. We have also signed an agreement with the Dhaka Mass Rapid Transit (MRT-6) in Bangladesh along with four other international and one local Bangladeshi firm for implementation of the prestigious Dhaka MRT-6 project. Discussions are in progress with some other countries as well.

As DMRC has already completed the detailed project report (DPR) for the proposed Phase IV corridors (115.94km). Could you please give a detailed overview of the Metro Phase IV?
Phase IV plans are being finalized and will be sent for the consideration and approval of the government. However, we will try to bring Metro connectivity to many more areas of Delhi and the surrounding areas. Some of the proposed corridors may be as under subject to approval/ modifications by the government.

The Opening of Mandi House Station 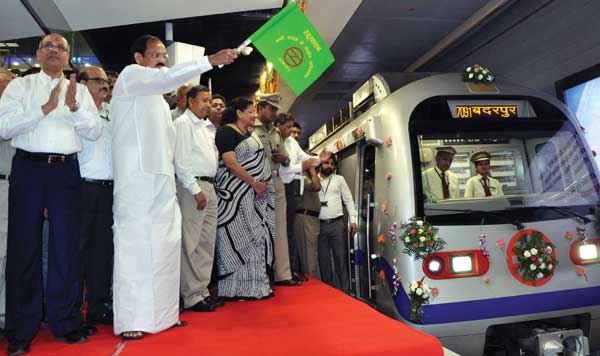