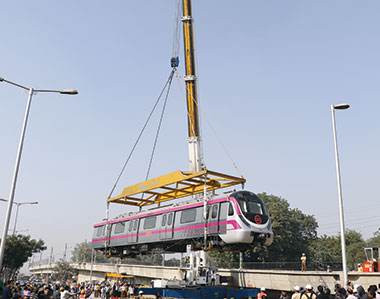 Crane manufacturers reported a spurt in new bookings during 2016 despite not much improvement in rental rates. The trend has been continuing into 2017, although there have recent indications of demand aberrations (there is bearish demand coinciding with the monsoon season) with retrograde activities in the wind power sector and negligible action in the thermal power sector. However, the forecast of better days and strong demand fundamentals, mainly from metro railway projects, are boosting business sentiment, resulting in offtake of fresh units.

Tadano India Private Limited has delivered its first ATF 400G-6, 400-ton crane to Modern Crane Service. The company has also sold its two ATF 220 G-5,220-ton AT crane to Gandhi cranes. All the three cranes have been delivered in 2017. It is learned that the new cranes have been purchased by crane rental agencies by offloading portion of their old feet. The cranes are likely to be used in metro and other projects that require higher safety regulations. Buoyed by the fresh orders, Tadano is looking to sell more units in 2017.

Hyderabad-based NCC Limited has procured a brand new and first of its kind Liebherr LTR 1200 telescopic crawler crane. The crane has been deployed by NCC in the Nagpur Metro project for lifting of girders. NCC has a Liebherr 400-ton crawler crane and a 200- ton mobile crane. A brand new Liebherr LTM 1250-5.1 five axle, 300-ton class mobile crane was acquired by Mumbai-based crane rental heavyweight J&K Lifters in 2016. The company will be renting out the crane for general erection jobs. 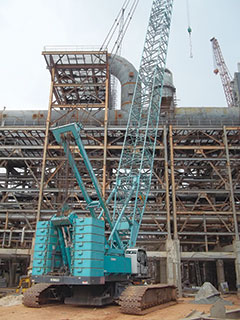 An interesting development in the cranes market since 2016 is reports of fresh acquisitions by end-users like cement plants for carrying out regular maintenance jobs, and by upstream oil companies like ONGC, which has been acquiring 45-ton truck cranes for onshore oil rig installation and maintenance, and is learnt to have placed orders for more units.

An emerging trend in mobile and crawler cranes is the increasing activities being seen in the lighter and medium categories, which are mainly between 75 to 260 tons. Replacing of old units that have completed their financial liabilities is the reason behind the offtake in this class of cranes. Rental companies active in wind power projects especially, have been rapidly replacing their older cranes with the lighter and medium support cranes. A major reason why lighter support cranes are being acquired in the wind power sector is because wind turbines need to be erected at higher hub heights, and at a given time schedule. Crane rental heavyweights like Samarth Lifters, Sethia Erectors, and Globe Ecologistics engaged in wind power projects have been on a buying spree for new truck-mounted cranes. 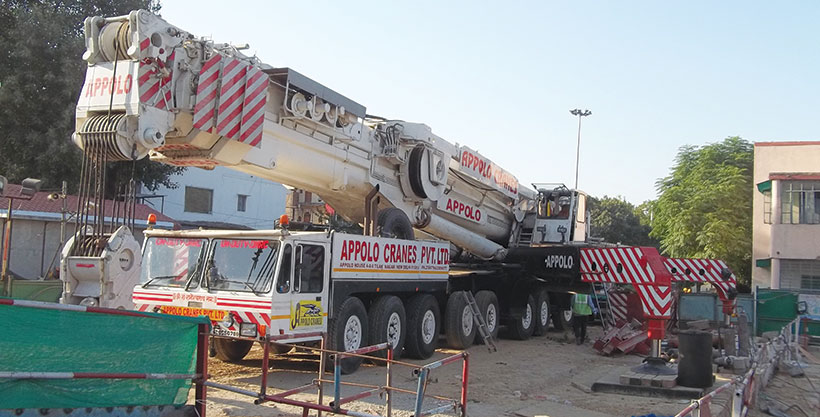 Evolving Cycle
While manufacturers are reporting new acquisitions, rental companies are also keen to find buyers for their machines. However, the industry is treading cautiously while considering purchase of new units or second-hand units, as rental rates are not showing any signs of appreciation. Also, with the Jammnagar-third phase expansion nearing completion, and release of units from wind power projects due to fresh bidding, the market could see an oversupply of cranes of certain categories. It will be interesting to see how the cycle evolves and the direction it gives to the hiring rates against the backdrop of demand for the latest crane models.

A new Inspections App that allows customers to rent lifting equipment with confidence is now available at MYCRANE. Downloaded via Apple or Android stores, the free MYCRANE Inspections App helps prevent fraud and reduces risk by digitalising the crane