Devendra Kumar Vyas, MD - Srei Equipment Finance Limited
India was already struggling with a slowdown when COVID-19 pandemic struck, and now it faces a period of significant economic disruption as the country has been locked down since 23rd March to decelerate the spread of the virus.

There are deep impacts of the lockdown across all the sectors of the economy, albeit with varying degrees of severity. While there has been a direct and severe impact on the services sector, especially segments such as retail, aviation and entertainment; the manufacturing sector has also suffered due to production shutdowns, labour and supply chain disruptions - especially for companies exposed to international trade, as well as falling consumption.

The Infrastructure sector, which was already buckling under immense stress, has been amongst the worst hit with stoppages in toll collections; distribution companies struggling to pay the dues to the power generation companies; and complete shutdown of air travel hitting airport operators. The dramatic fall in demand across most infrastructure segments has further compounded the sector’s woes.

Impact on Infrastructure Sector
Even though growth in the construction sector slouched between 2011 and 2015 with demand for construction equipment witnessing a complete collapse, the sector managed to grow post-2015 and the signs were good, until the lockdown imposed across the country brought unprecedented challenges, and, in many cases, business continuity plans are being put to test for the first time. It is being believed that the coronavirus outbreak’s impact on the infrastructure and construction segment is expected to be worse than that of the 2008 financial crisis-led economic slowdown. The lockdown has resulted in various infrastructure project sites staring at closure, mainly due to its impact on labour movement and supply chain disruption. Construction halt, revocation of toll collection, labour crunch, and severe working capital pressure – these nightmares for any infrastructure company - have become a reality.

The more imminent challenge for the construction players remains working capital management. Operational issues owing to the lockdown have also slowed down outstanding payments to contractors by the principals. In most places, milestones have failed owing to the lockdown, hence, milestone-based payments also cannot be received.

The good news is that we are already witnessing the Government’s intent of reviving infrastructure. The Ministry of Road Transport and Highways (MoRTH), in consultation with the National Highways Authority of India (NHAI), is drawing up a 10-point agenda to get the construction activity up and running, and even as the lockdown is partially lifted, MoRTH is in talks with the state governments to re-start highway construction projects where migrant labourers can be gainfully employed. We see construction activity already starting in UP.

Impact on Non-Banking Financial Sector
Non-banks largely cater to the self-employed borrower segment in the retail space, where the cash flows are expected to be more volatile in the current situation vis-à-vis their salaried counterparts. Other non-banks (non-retail), which mostly have exposure to entities or SMEs with relatively moderate risk profiles, are likely to witness an increase in their credit risk in the current scenario. Further, most of these borrowers have limited funding avenues and typically don’t have banking relationships for their credit requirements.

Non-banks, which are already facing funding constraints and an expected increase in delinquencies, are likely to focus more on collections, at least in the near term. Therefore, lack of additional credit funding could have a significant negative impact on these borrowers as their cash flow mismatches would compound with the passage of time. If the COVID-19-related movement and business restrictions continue for a longer period (i.e. 2-3 months) vis-à-vis the current expectation of a few weeks, the impact would be more adverse.

The biggest challenge in the coming months will be redeeming bonds and meeting other loan obligations at a time when cash flows will be hard to come by. According to industry experts, corporate bonds worth approximately ₹92,000 crore and commercial papers worth around ₹78,000 crore were up for repayments towards the end of May.

While all non-banks are facing significant headwinds because of the current evolving situation, their ability to keep the asset quality under control would be the key differentiator. Deterioration in the asset quality could further throttle the fund flow to the sector as bank credit to the sector is already high, and funding from other sources like mutual funds, insurance, FIIs, etc., are likely to be quite muted vis-à-vis the levels witnessed so far in the current fiscal.

On March 27, RBI, had, in its first COVID-19 package, announced a 3-month moratorium on term loans. However, NBFCs faced a double whammy because they have been offering moratorium to customers despite not getting one themselves from their lender-banks, thereby putting significant pressure on liquidity profiles of many NBFCs. It is only in May first week that banks have agreed to pass on moratorium to NBFCs – that too on a case-to-case basis. Further, the risk aversion of banks towards NBFCs was evident from the poor auction results of Targeted Long-Term Repo Operations, which were far off from their desired intent.

Meanwhile, the NBFC sector has sought one-time restructuring of loans to tide over the crisis. They have also demanded relaxation on provisioning norms, and additional funding from SIDBI and NABARD through refinance mechanism.

In conclusion, the current situation is one that has a deep impact on key segments of the economy and is unlike anything we have seen in recent times. The global nature of the pandemic, coupled with its high intensity and long duration, will fundamentally alter the business landscape through changing trade flows, asset prices and consumption patterns. This will impact all key stakeholders, including banks, financial institutions, investors and corporates. The need of the hour is to put in place a comprehensive action plan that addresses potential impact, from short-term cash flow concerns to longer term balance sheet adjustments.

The Infrastructure sector is a key driver for the Indian economy and is largely responsible for propelling India’s overall development. The government is focused on initiating policies to ensure the creation

Building the Nation with our Pre-owned Equipment Solutions

The market for used vehicles and equipment is highly unorganized. In such a scenario, Shriram Automall India Ltd stands apart as a safe, reliable and efficient company that has improved the purchase

Shriram Equipment Finance, one of the leading CE financiers in the country, launched a lot of innovative schemes during Excon 2013, and interacted with existing and prospective customers

NBFCs viewed current economy slowdown as a temporary phase and anticipate huge demand of equipment in coming months from infrastructure and construction sector and mining industries. They therefore are 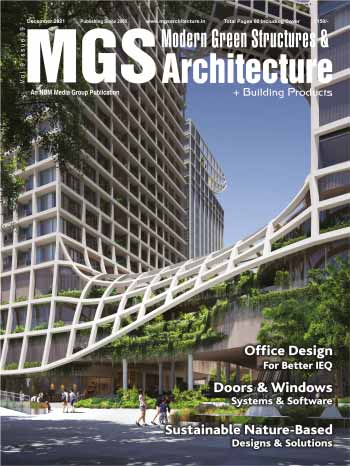