The Biggest Crane from Linden Comansa

Tower crane manufacturer Linden Comansa launches its new 21 LC 750, one of the market’s most powerful flat-top cranes, with a maximum load of to 48 tons. The new crane can be climbed with a maximum 80 meter jib and a freestanding height of 75,5m, and is already available in three versions, depending on its maximum load: 24, 36 and 48 tons.

The 21 LC 750 is the model with more load capacity of all that Linden Comansa fabricates in serial manufacture, although the spanish factory has delivered cranes with heavier maximum loads for some special orders. Due to its characteristics, the 21 LC 750 is especially useful not only in commercial construction but also for public works, industrial construction, mining, and infrastructures. 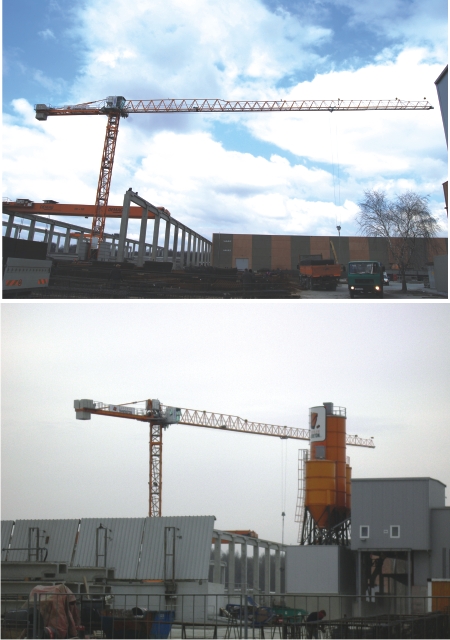 Also, with the launch of this crane, Linden Comansa completes its LC2100 Series, whose jibs and mast sections are compatible with those used on the new 21 LC 750. For instance, the mast sections of the new crane can help the other cranes of the series to reach higher freestanding heights. An example of this is that the 21 LC 550 can be climbed up to 85.8 meters with fixing angles, instead of reaching 71.1 with the standard tower sections.

One of the main advantages of the new model is the easiness of its erection, as the “cat-head” has been removed. Due to this special design, the jib and counter-jib are joined together on the turntable, without any apex section. This way, assembly is easier and faster with reduced costs, every time the crane is erected.

The 21 LC 750 with 24, 36 and 48-ton versions, has in all three cases, a 110 kW hoist motor, and a hoist-drum capacity of 1,400 meters of rope. The difference being the trolleys and the reevings; the 24 ton version having 2 or 4 falls, the 36 ton version a 2 or 6-part reeving system, whilst the 48 ton version has 4 or 8-part line. The reeving-change is automatic, controlled from the cabin, by means of a double trolley system.

The first two units of the 21 LC 750 have already been sold to Rentakran Ukraine, Linden Comansa's exclusive dealer in the country.