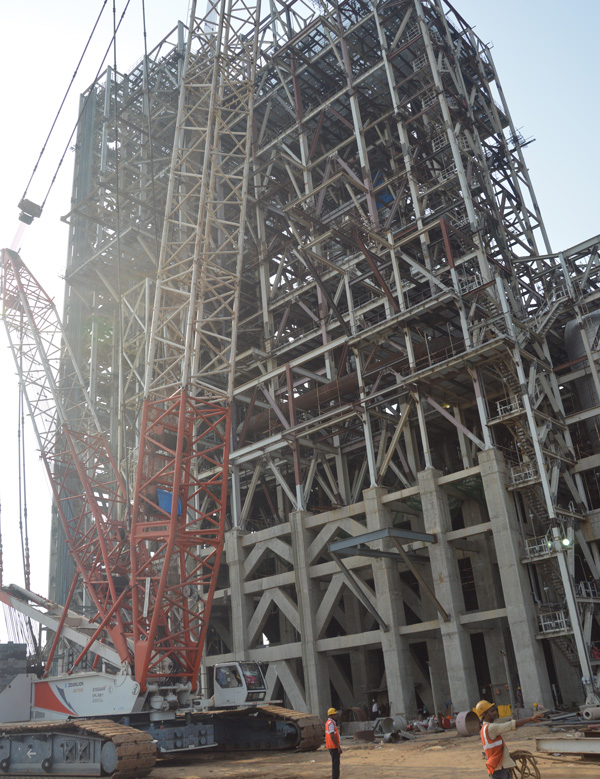 Followed by spell of subdued demand in 2013 due to retrograded growth of project engineering sector in India, Indian heavy lift service providers have been witnessing improved utilization of their equipment from end of 2014 onwards. Equipment offtake has become steadier in 2015. According to the Indian heavy lift industry estimates, occupation rate of units has grown up to 30-50%. The growing mobilization is across 75-250-300-500-600-1000 tons cranes. The rise in employment level is in mobile as well as crawler lattice boom cranes. The occupation rates have been estimated 20% more in 2014-15 for over 750 and 1000 tons capacity cranes in comparison to 2013. 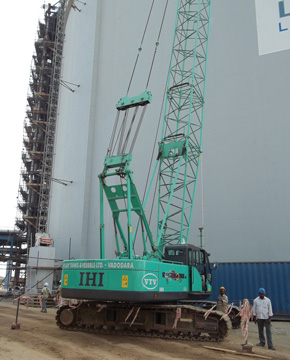 Rising utilization is mainly from green- and brown-field cement plant expansion projects across the cement clusters in India. Renewed offtake from the wind mill industry for erecting heavier and longer nacelles is also behind the rising demand. The ongoing third phase expansion of one of the world's largest and complex mega Reliance Jamnagar refinery in Gujarat has been leading to large scale demand of heavy lift units to lift heavy vacuum distillation and allied units for the refinery.

Newer state owned refinery and LNG terminals expansion, added with rising demand from the metro projects across India, notably Delhi Metro Railway for lifting and lowering heavier sections of tunnel boring machines and assembly of gantry cranes, with the entity entering peak of its third phase construction to improve metro connectivity in India's capital state has contributed to the offtake. Increasing demand has been slowly firming up of hiring rates of heavy lift cranes from its earlier low levels. It is also making the service providers mull for adding fresh capacities. However, they argue, multiplicity of taxation, the Indian heavy lift industry is subjected to, may do away the improving business margins if not addressed soon.

Multiplicity of taxation is a contentious issue with the Indian heavy lift industry. This has led to cost escalations along with extending project schedules.

The fast developing industrial state of Gujarat is known for imposing multiple taxes on Indian heavy lift service providers. Large number of big refinery projects in the state involving Reliance Jamnagar and Indian state owned, Oil & Natural Gas Corporation's C2C3, refinery cum petrochemical plant and big industrial projects are coming up in the state at Dahej. Besides, there is a major LNG terminal expansion work going on in Gujarat. Upcoming projects have led majority of Indian heavy lift companies from Gujarat and other parts of India deploy their equipment in the state. More than 1800 units of heavy and medium mobile and crawler cranes are working in Gujarat, which is the largest in India till date.

According to Mr. Ashwin Gandhi, Director, Express Equipment Rental & Logistics, "Heavy and medium capacities crawler cranes are not meant for plying on motored roads. They have to be dismantled for transportation to the work site on low and semi low bed trailer trucks. Taking cognizance of the fact, the Indian Union Government's Central Motor Vehicle Act, 1988, clearly exempts the cranes from taxation by state authorities. However, carrying their own interpretation on the act, Gujarat RTO authorities started imposing taxes on the crawler and mobile cranes. The stand of RTO to impose road tax on tire mounted and crawler cranes was absolutely farce. It said, mobile cranes between 20-1000 tons, transported on truck trailers are well capable of plying on public roads and hence are liable to pay road tax. We could undo the weird justification only through protracted explanation that cranes are equipment for infrastructure construction which are assembled at job sites for their use and the operation is restricted within job site premises for material erection and lifting purposes." 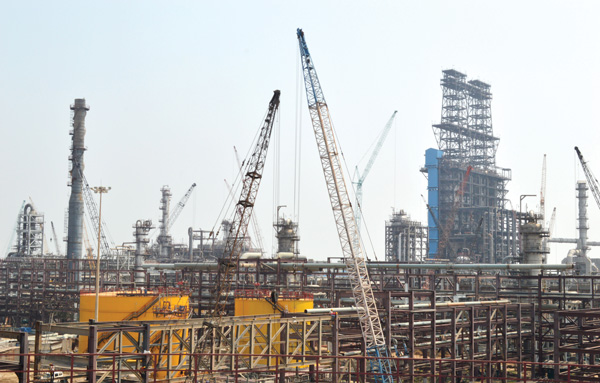 As petitioners, RTO's stand was challenged by Reliance Industries, Essar Projects Jamnagar and Essar Hazira and Express Logistics in the state high court of Ahmedabad. Evaluating the petitioners' claim Ahmedabad High Court gave ruling in favor of the heavy lift service providers, paying road tax. According to the judgment, the state RTO will refund the entire amount collected as tax from heavy lift firms, whose cranes were working in Gujarat during 2005-13.

Mr. Hanif, H. Jaria, Director-Operations, Crown Lifters, Western India, Mumbai based heavy lift service firm informs, "The tax paid by the crane companies in Gujarat during 2005 and later stage till 2010 had inflated cost bearing on the projects as heavy lift companies had to offer their equipment at higher costs to project developers at a time when demand of units was already exceeding supply."

Granting of National Permit by the Union Government's Department of Road Transport & Highways is a major requirement of heavy lift service providers. Mr. Amar Bedi, Barkat Crane Services, another Mumbai based heavy lift service major says, "Instead of dual taxation on mobile cranes taken in the form of road and state entry tax by state authorities, a National Permit should be given to crane owners. With National Permit for cranes, similar to the ones for trucks, trailer trucks, the mobile cranes will be free to move between states for carrying out regular job work like shut down jobs in plants, critical installation and erection and emergency services. Most importantly, National Permit will ensure timely availability of the cranes, soon post the order for the service is placed." Southern Indian states of Andhra Pradesh, Kerala and Rajasthan in North India impose state entry tax and road tax on the heavy lift crawler and tire mounted cranes.

Mr. Bedi says, "Heavy lift crane owners in many instances have been compelled to pay multiple taxes to the state authorities, under fear for extended detention of the cranes. This has resulted towards deduction of hiring charges and at times total cancellation of the order for crane services by the EPC project engineering contractor." 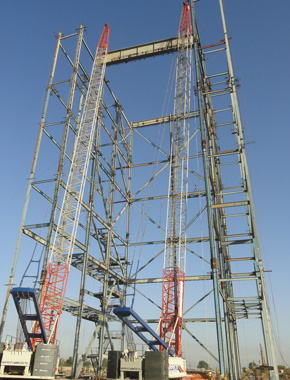 Simplification of double taxation on sale and purchase of cranes, presently taken in the form of value added tax and central sales tax is also a long pending request of Indian heavy lift service providers and equipment manufacturers. Mr. Sanjay Saxena, India Business Head, Chinese crane manufacturing major Sany, says, "Double taxation, taken under Machinery Category and Motor Vehicles Category of the Union Government, delays sale and purchase of cranes. The clauses have been detrimental for potential buyers of heavy lift equipment when rental markets have remained low. Simplification of the taxes would have made purchasing affordable for the buyers when they have been struggling with lower hiring rates."

Crawler cranes in India come under 'Machinery Category' and mobile cranes are under 'Vehicle Category'. Value Added Tax and Central Sales Tax (VAT/CST) on Machinery Category is @5% [4%+1%] and Motor Vehicle category is @15% [12.50% + 02.50%]. Since crane owners cannot issue the required C-tax form against the interstate purchase of crane full CST have to be paid. Adding to the concern is VAT. It is not refundable within state purchase of cranes.

While numerous taxations are a major issue, heavy lift service providers opine there should be coordination between Union and State authorities for addressing the same. This consequently will make equipment affordable and easier for the timely execution of projects by the project engineering sector. They also share, provision of 'Crane Operator License' should be made under the existing provisions of Motor Vehicle Tax Act. Mr. Gandhi says, "With heavy lift jobs becoming more specialized in India, especially where tandem lifting has to take place in power or refinery projects, there has to be highly skilled workers in place for operating the modern electronic hydraulic cranes. A recognized Institution should be there under the Union Ministry to ensure availability of skilled operators."

Heavy lift equipment manufacturers in India are planning to address the issue by setting up their own operator training school. Sany India has started its own operator training school in Pune, Maharashtra. The company will certify the operators trained in its school. Similar initiatives are also being undertaken by other Indian and foreign heavy lift manufacturing and distribution companies based in India.