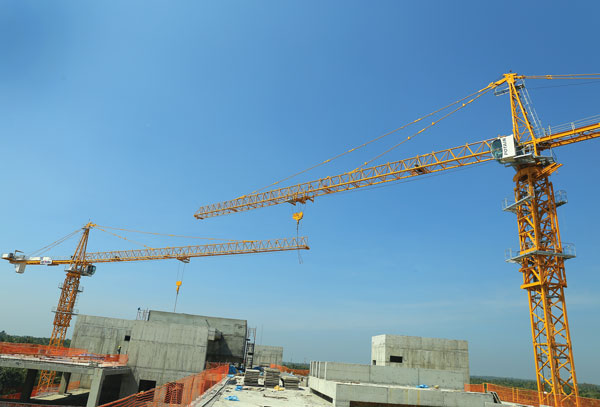 The concept of prefabricated buildings is nothing new. As far back as the 1800s, prefabricated homes and buildings were shipped to locations around the world. But in India, one company is driving the industry to the next level. With a business model that incorporates Manitowoc Cranes, the company is able to deliver dramatic increases in the speed of construction and scale of developments, while also significantly reducing costs. The company behind this ambitious program is KEF Infra, a subsidiary of KEF Holdings, a multi-industry organization with offices and businesses across Asia and the Middle East. 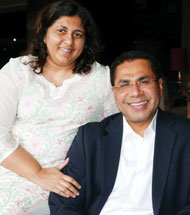 To assemble its prefabricated developments, KEF Infra has turned to Potain tower cranes to provide the necessary lifting speed and strength. The company has received three Potain MC 465 cranes while a further two MD 610 cranes are scheduled to arrive. The most notable feature of the cranes selected by KEF Infra is their high capacity, which stands out in a country where lower capacity units make up the vast majority of the crane population. The bigger sized cranes are needed to handle the larger weights of the components in the prefabricated buildings and to accommodate the longer jibs needed to cover the large project areas. 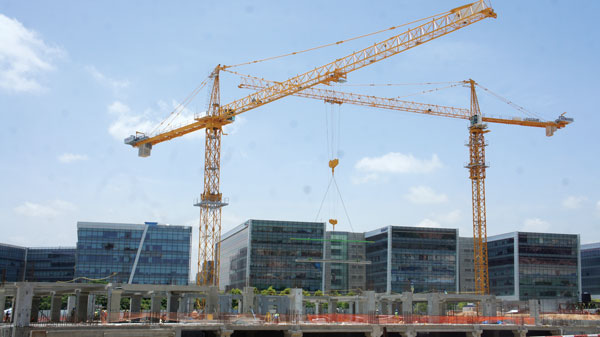 The other two MC 465 cranes were installed on a site in the Indian city of Calicut where they are constructing a hospital for Premium Medical Healthcare Providers. The cranes here are lifting beams that weigh between 8 t and 12 t and helping to fix some 28,000 individual elements on the 10-story development. Building work is scheduled to finish in July 2016, just 12 months after it began, and once complete the 205-bed project will be India's first prefabricated hospital and one of its largest - with a project value of Rs.550 Crores.

KEF Infra has now deployed two of the Potain MC465, one each from Mangalore and Calicut projects and also first of four Potain MD610 tower crane at the project site of the Embassy 7B in Bengaluru which is Rs.375-crore commercial building and spans across 1.5 million square feet.

Embassy 7B features 10 floors of office space, a well-appointed ground floor with lobby space, two basements floors and a multi-level car parking. The project is scheduled to be completed in 13.5 months, transferring up to 50% time saving and consequent cost economy to the developer.

Andre Dienst, general manager at KEF Infra, said the Potain cranes had played a vital role in ensuring the company's inaugural projects got off to a successful start.

"We always talk about building a perfect structure and for a prefabricated development you need to rely on the cranes to help deliver that perfection," he said. "They do about 90 percent of the work so it's important to have cranes from a brand you can trust on in terms of quality and service. Manitowoc Cranes is known worldwide for its reliability, so if you choose a Potain crane you haven't got to worry. As a company, we always choose quality over cost."

Dienst's colleague, Safarulla Abdul Azeez, lead techno commercial manager at KEF Infra, agrees and says that the Potain cranes have also helped with one of the most important aspects of any project – meeting the deadline.

"The biggest challenge on any project is always completing it on time," he said. "A crucial factor in this is making sure there are no issues with the equipment. It's also good for your workers to know you are using the best equipment – it gives them more confidence and they feel happier. If you choose Potain cranes, then you know there will be no issues with the quality or service."

To support KEF Infra's vision for a radically-changed construction industry based around prefabricated buildings, the company has opened a $100 million factory in Bangalore. Here, the prefabricated "blocks" (such as kitchens, bedrooms, offices or bathrooms) that make up the developments are built. The factory, which is thought to be the first of its kind in the world, uses robotics, automation and the latest lean manufacturing processes to build the blocks. There's also an in-house architect and engineering consultancy that use the latest design and BIM techniques to create the developments and analyze how they will perform over their life-cycle.

As well as driving change in the design and construction of buildings in India, Faizal Kottikollon also believes the crane industry should adapt to these changes. With this in mind, he would like to see more efficiency and flexibility in the cranes of tomorrow.

"In the future we'd like to see greater automation in the cranes that are working on our projects. Machines that are faster to assemble and that can contribute to growing levels of safety on job sites," he said.

The vision of KEF Infra has already brought the company to the attention of the Prime Minister of India, Narendra Modi, who met with Faizal Kottikollon in August 2015. With the deliverables achievable through prefabricated construction, it's easy to see why it's attracting such strong interest. Narendra Modi, has called for the construction of 50 million new homes for India's poor by 2022. To meet this challenge, KEF Infra says it could deliver a 1.5 million sq. ft. residential development inside a 12-month timeframe, and has developed a prototype of low-cost homes that could be priced as low as $8,000.

Both Faizal Kottikollon and his wife Shabana Faizal, who is also the company's vice chairperson, are closely involved with many charities and this has strongly influenced the company's business model. Healthcare, education and housing have been deliberately chosen as areas of focus because they are issues both care deeply about. "Because the speed, quality and affordability of hospital construction will increase, the overall cost of healthcare will come down," explains Faizal Kottikollon.

While still early days for this new business, KEF Infra is off to a strong start. It has an order backlog of $300 million and in future plans to open prefabricated component factories in Mumbai and Delhi, while further afield it is hoping to bring its business model to the UAE and Germany.