Genie-driven Terex AWP India, marks its 15-year milestone of "Building the Future" in India. As a leading manufacturer of aerial work platforms (AWP) in the region, Genie has built a strong presence in India through industry leadership, customer input and innovation, offering products and solutions that solve aerial worksite challenges. 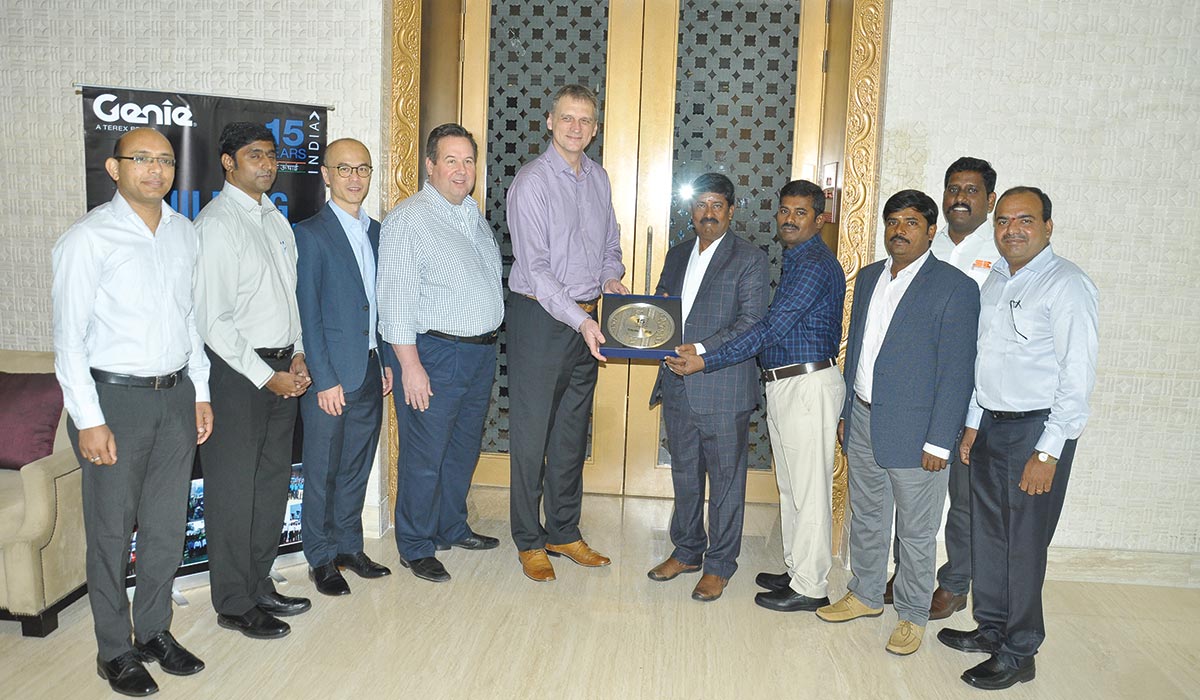 Entering a market primed for growth

Genie entered the market in 2004, at a time of rapid economic growth in India. Owing to the urgent need to develop infrastructure to meet the nation's economic aspirations, the construction sector received greater attention from the government.

"At a time when the construction industry was relying heavily on traditional scaffolding, the Genie TZ™-50 trailer-mounted boom lift was introduced as an alternative method of working at height. TATA Chemicals saw the potential of our machine and bought one for their plant maintenance work through our first local dealer, Maco Corporation (India) Pvt. Ltd. As Genie introduced more products with advantages over scaffolding, the market acceptance grew rapidly. Driven by demand in 2009, Genie set up its local operations in India," says Daniel Ho, Vice President, Asia, Terex AWP.

The AWP rental business in India took off in 2010. Chennai-based Sendhamarai Engineering Pvt. Ltd. & Maco Corporation saw a lot of potential for AWPs in a booming construction sector. Recognizing the opportunity, they became Genie dealers in 2014. Today, Maco Corporation and Sendhamarai have a fleet of new Genie equipment, driving customer expectation for safe use and performance.

When Delhi secured the 2010 Commonwealth Games, it brought about another surge in infrastructure construction as the city began to build stadiums, airports and other buildings for the event. This quickly brought the Genie brand to the forefront of the industry's attention, as these projects demanded increased productivity and equipment safe use when working at heights.

As many as 50 Genie machines were deployed in the construction work throughout the event's venues, which further strengthened relationship between Genie and its two key local dealers Maco and Sendhamarai.

In 2015, the Jamnagar Refinery Project in Gujarat carried out expansion work which included the development of a 415-acre township within the SEZ. "The development projects required AWPs that could reach heights greater than 100 ft. Large Genie boom lifts were well suited for the job. Around 150 large booms were deployed and used through the completion of the project. Since then, Genie AWPs have become an established necessity in all infrastructure projects," says Daniel Ho. 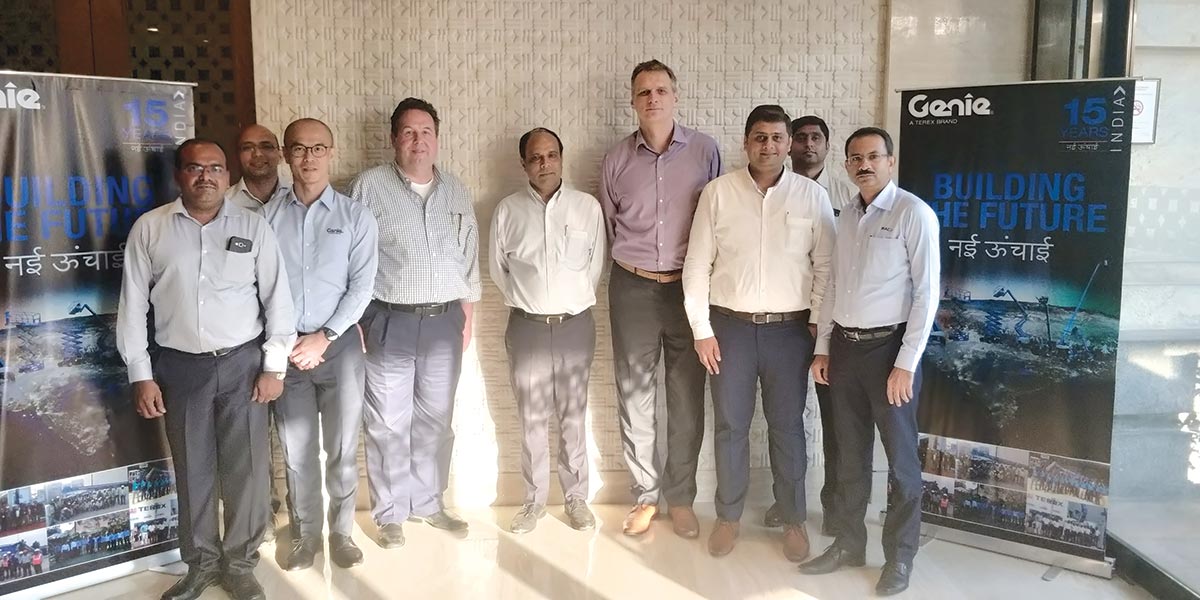 Around the same time, the government also increased its Foreign Direct Investment (FDI) upper limit from 29 percent to 49 percent as part of its "Make in India" initiative. There was a 48 percent increase in the FDI inflow to $31 billion.

Foreign companies from Korea, Japan and Europe were already familiar with the safety and productivity advantages of Genie AWPs. As they established their businesses in India, they wanted to continue receiving Genie's high level of customer support. Hence, using Genie machines became a natural choice, which put the company on the growth path.

"Genie and our dealers were involved in the construction of the manufacturing plants of market leaders. This includes tech giant Samsung in Noida and automotive brands Kia and Ford in Andra Pradesh and Gujarat, respectively. Together, we also played a critical role in the building of metro rail tracks across the country, as well as construction within the steel industry under Tata Steel," says Ho.

"At Terex AWP India, we continue to support our customers by strengthening our local team and growing relationships with our dealers in tandem with the construction sector's aggressive growth for the next decade and beyond. With the 15-year milestone, we look forward to continuing our legacy of productivity and promoting safe work at heights as we reaffirm our mission of building the future of India. The Genie brand will continue to offer new technologies, products and solutions that enhance safe work practices and productivity on aerial jobsites," says James Barr, Genie Vice President for APAC, Terex AWP.