The recent acquisition of the brand-new Terex Demag AC 700-ton all terrain crane by, South India-based crane rental heavyweight Gandhi Cranes will enhance the fleet size of its mobile cranes in terms of tonnage capacity offerings. And beyond that, the big bang acquisition is also likely to leverage the brand value of the company as a major heavy lift service provider in the southern market. 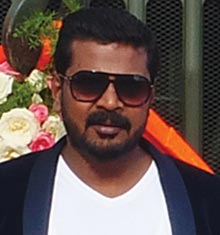 Speaking to Lifting & Specialized Transport on the sidelines of the event showcasing the prized acquisition at the company’s service yard at Neelamangala branch and Administrative Office in Bengaluru, Srinivasan.G, MD, Gandhi Cranes, said,"The rough terrain crane comes with a host of advanced engineering attributes such as a longer boom and luffing arrangement. These features will enable lifting of heavier loads at shorter radius, which is a major prerequisite in brownfield refinery and cement plants and for capacity expansion at airports where there is paucity of space."

He added, "The advanced features in the crane will reinforce our capabilities as a major heavy lift service provider and even broaden our footprint beyond southern India, which has been our main market, so far. The new crane will supplement our three major holdings viz. a Demag AC 500-1, 500-ton all terrain crane (AT); a Liebherr LTM 1500, 500-ton AT crane; and a Krupp KMK 8400, 400-ton AT crane." 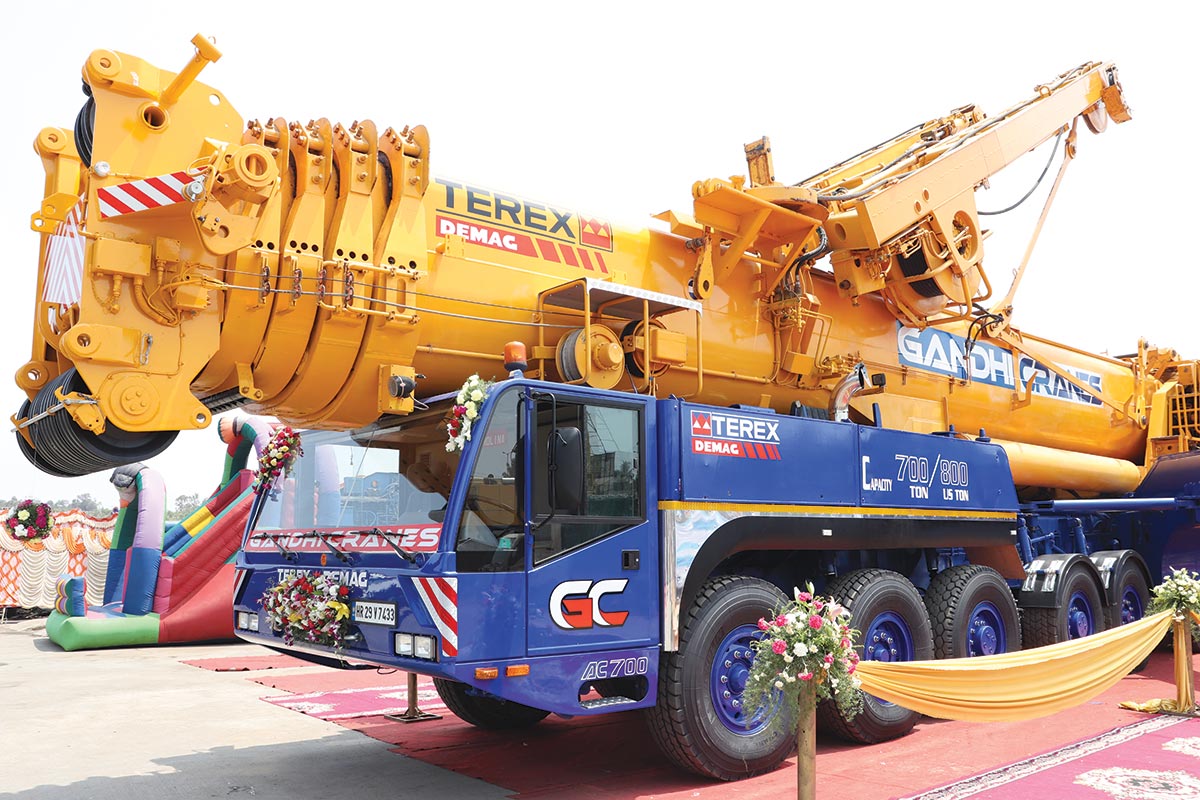 The new 700 tonner has a four-section telescopic boom, with one main pivot boom, luffing arrangement, four outriggers, and comes complete with super lift capability. A unique safety feature, which also makes the crane compact, is its foldable operator cab for the boom operation. When the crane is not in operation or in transit, the boom operator cab can be folded on the rear, which also works as a safety interlocking system as the crane will not be able to work. This will also make the crane more compact and easier to move during transit.

The crane has been somewhat customized for Gandhi Cranes; besides painting it with epoxy paint, customization has been done in the crane’s counterweight, and the operator seat of the main prime mover and the boom operator cab has been made more user-friendly. 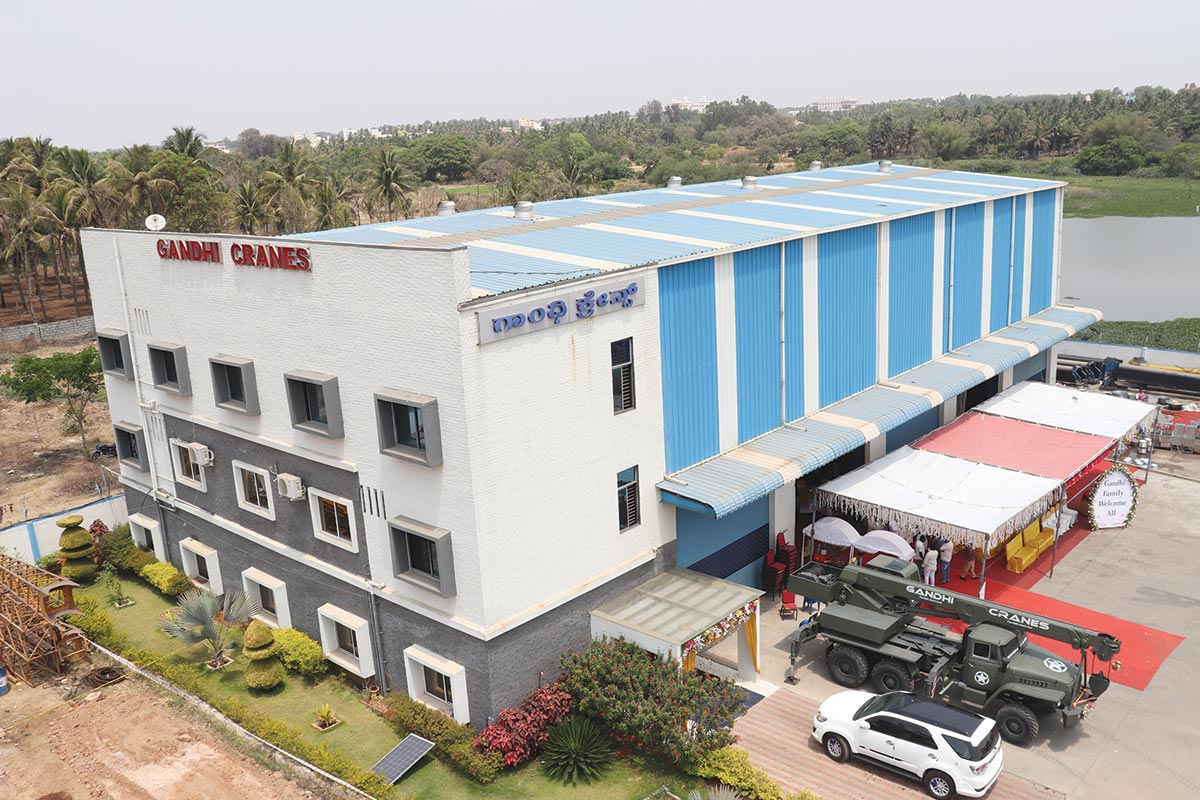 "Since the new crane will be able to deliver higher levels of productivity, we will refrain from deploying it in projects with longer gestation periods. Rather, we plan to deploy it in short term jobs like regular refinery or cement plant maintenance, in windmill installations, and we will promote it for the upcoming Bengaluru Intl’ Airport expansion," said Srinivasan.G.(Since the time of writing this, it has been learnt that the crane has been deployed in a major precast construction project, where it is working with full boom, luffing jib and extended outrigger combination).

While Srinivasan is positive of gaining better margins through the new crane, he is concerned about price manipulation in the hiring market (especially in western India) - a direct fallout of supply exceeding demand.According to him, this is the reason why the company has restricted its operations to the southern market, where they have been able to hedgecut-throat pricing. "By working in close circuits, we curtail the transit and deployment time of our cranes, and also provide standby cranes at the same cost as the main crane. Plus, we can resolve any service and technical issues by sending our service personnel quickly to the sites.Our aim is to make our services more competitive and closer to global standards, which I have witnessed during my travels to major crane hiring markets across the globe," said Srinivasan. 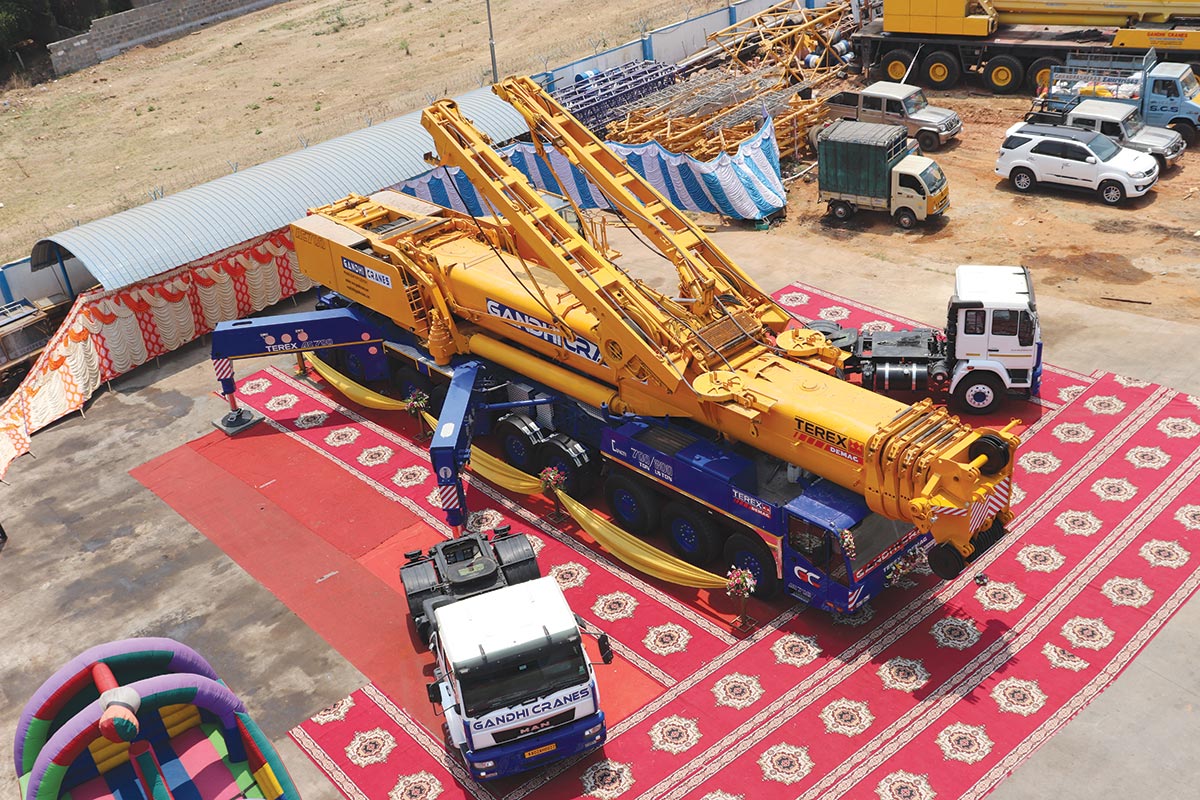 Gandhi Cranes, also known as Arul Kumar Engineering Works, was set up in 1975 in Bengaluru for undertaking erection jobs of chimneys, heavy machinery etc. The company currently has a fleet of 45 cranes ranging from 12 tons to the newly-acquired 700-ton AT crane. The fleet comprises of mobile cranes of brands such as Krupp, Demag, Grove, Luna, P&H, Escorts, ACE, and JCB. Some of the projects, where the company has deployed its cranes include erection of Asia’s biggest dish antenna of 18 to 32 meters dia for Chandrayan - ISRO; Cochin Refinery expansion; Mangalore Refinery expansion, JSW Bellary & Salem shutdown; Bangalore, Kochi, Chennai, Hyderabad, Lucknow Metro Rail projects, L&T, Bosch, Katerra ( US Based), Trane, Voltas, Carrier, Blue Star, TKML (Toyota), HMSI and many more.