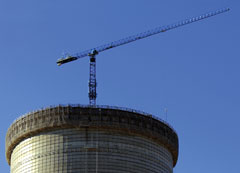 The improvements made following the revision of the successful 21LC290 result in a new tower crane model with an optimized load diagram. 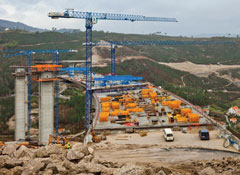 The tower sections of the 21LC335 are the S25, the same as the 21LC290, and the jib and counterjib sections are also the same as its predecessor. There have been modifications only on the cat head and the upper turntable, allowing customers who would like to convert their 21LC290 into a 21LC335 to do it by replacing these two elements and modifying the configuration of the counterweights. These changes have also allowed to simplify and shorten the assembly sequence of the 21LC335 in comparison to the 21LC290.

The 21LC335 crane comes standard with a Effi-Plus high speed hoist mechanism that reaches speeds of up to 150 meters (492 ft) per minute, although there are other optional engines that can reach 228 meters (748 ft) per minute. Like the rest of Linden Comansa's flat-top cranes, this new model includes the PowerLift system, that allows to improve the load diagram up to 10% with reduced speeds.