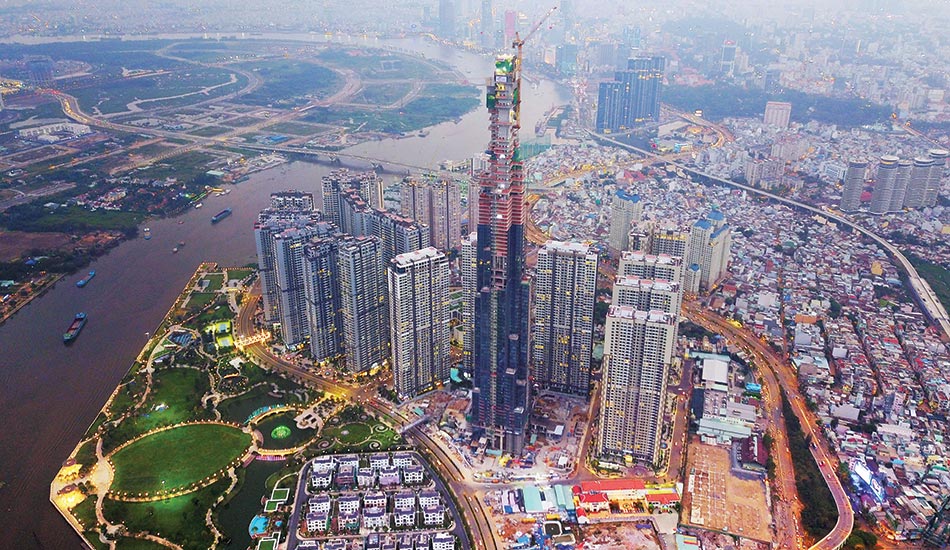 The completion of Landmark 81 is set to transform the skyline of Ho Chi Minh City. All 81 stories of the building were completed in January this year, 15 months after four Potain cranes were deployed to lead the construction. The two MR 418 luffing jib cranes and two MCT 205 topless cranes handled steel, formwork and other materials during building work.

Ho Van Thao, project director for Coteccons, the company which owns the cranes, was pleased with their productivity.

“We are impressed by the speed and efficiency of the cranes. Their reliable operations helped us achieve a rate of progress of three days per floor, thus, helping us finish the project ahead of schedule,” he said.

With the MR 418 already involved in the construction of several other supertall structures, including a series of residential developments in New York City and the huge, new Palm Jumeirah resort in Dubai, UAE, Suman Das, Manitowoc’s regional sales manager for tower cranes in Vietnam believes the crane can transform the high-rise construction sector in Asia.

“With high-rise developments, the focus is always on how quickly you can complete your project,” Suman said. “With a high capacity luffing jib crane, like the Potain MR 418, developers can build more floors within the construction timeframe and that means more space to rent. I think a lot of people will be looking at the speed and efficiency these cranes have brought to Landmark 81 and wonder how they can apply that technology to their own development.”

The MR 418 cranes handled loads of up to 24 t and both were fitted with 50 m of jib, from their maximum of 60 m. The MR 418 was the first in Potain’s new series of luffing jib cranes and is designed specifically with high-rise construction in mind.

The crane’s luffing mechanism and hoist are uniquely mounted inside the counterjib, which reduces the amount of space they occupy on site and simplifies their assembly. The 110 kW-rated 150 VVF luffing winch gives the crane exceptional luffing speed, moving from the horizontal to the vertical in just 1 minute and 15 seconds. 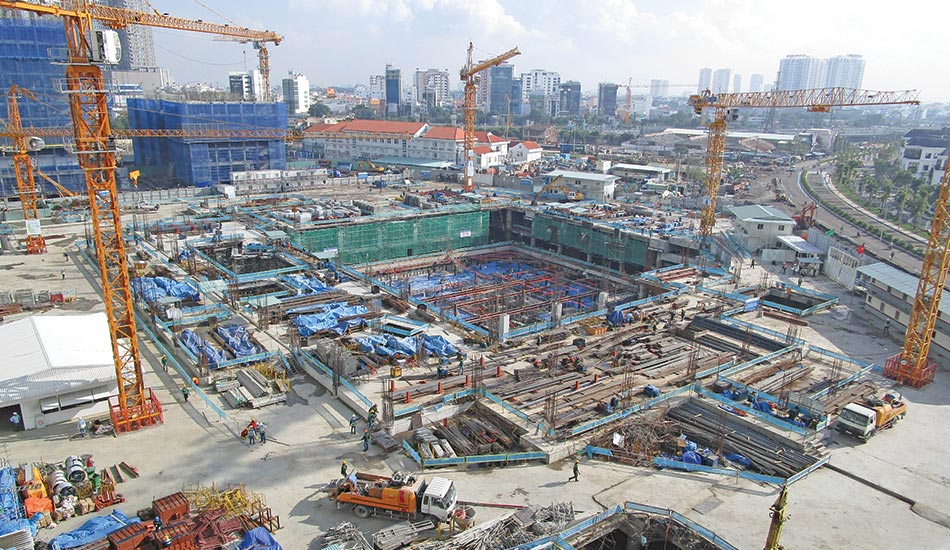 The luffing winch works seamlessly with the 201 kW-rated, 270 LVF 120 hoist winch, an optional addition on the crane and the largest available from Potain. It offers up to 826 m of rope capacity as well as class-leading productivity on buildings over 200 m with lifting speeds of up to 254 m/min.

“The Potain MR 418 tower crane offers high quality, stability, and safety,” Thao said. “If we win other high-rise projects either in Ho Chi Minh City or Hanoi, these tower cranes will also most likely be involved.” Complementing the MR 418 were the two MCT 205 cranes, which are manufactured at the Potain factory in Zhangjiagang, China. The MCT 205 cranes handled loads of up to 10 t and, for the Landmark 81 project, were fitted with 60 m of their maximum allowable 65 m jib.

Manitowoc’s Lift Solutions team, working alongside the sales team, was closely involved in the planning stages for the installation of the cranes ahead of their deployment on Landmark 81. Lift Solutions not only helped with crane selection on this challenging project, but also their positioning on the job site; customization of the hoist drum; jacking and climbing; the proposed composition of mast sections; as well as the erection and dismantling sequences.

It was the Lift Solutions team which also suggested and helped design a console installation for one of the two MR 418 units. This was attached to the exterior of the building at approximately the 60th floor. The use of this console and a second MR 418 to build the highest floors of Landmark 81 meant that time and money were saved on dismantling and re-mounting the first MR 418 unit, which was previously installed inside the building and handled the construction of the first 67 floors.

Dorian Huguet, Manitowoc team leader for Lift Solutions, said the innovative console-design was necessary because of the building’s unique design. 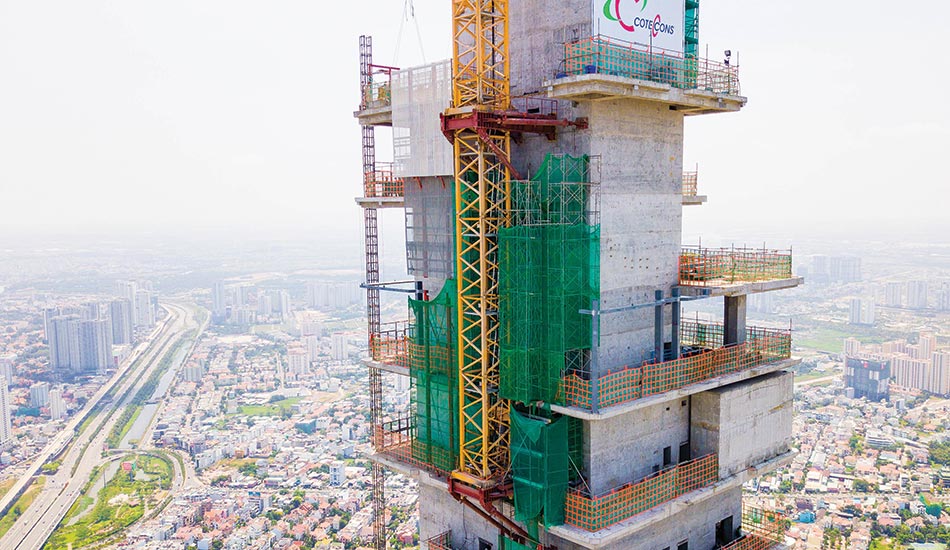 Landmark 81 is located within Vinhomes Central Park, Ho Chi Minh City’s premier residential development, overlooking the Saigon River. With a total floor area of 141,200 m2, including three basement levels, the building will feature serviced apartments, a hotel and retail outlets. The Potain cranes deployed to work on the development are from Coteccons’ fleet, supplied by Potain’s dealer for Vietnam, Minh Chi.

Coteccons’ scope of work covers civil and industrial construction. The company also offers design and build services. In 2017, the company generated revenue of over US$1 billion. After completion of Landmark 81 Coteccons will transfer both its MR 418 units to the Viet Capital Center project in Ho Chi Minh City.