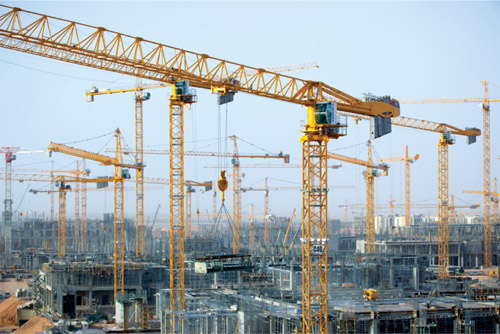 David Semple, Managing Director of Manitowoc Cranes in the Middle East, said Manitowoc was honored to provide the majority of the cranes for this major project.

“The cost, scale and prestige of this project all combine to make it one of the largest projects we have been involved with, both in the Middle East and worldwide,” he said. “It is backed by the King of Saudi Arabia and is attracting a lot of attention.”

The first Potain cranes arrived in April 2009. Some were sold to Saudi Oger while others are working on rental contracts. All were supplied by NFT, the UAE-based Potain dealer that covers the Gulf region. NFT is one of the world’s largest tower crane owners and is one of the longest-serving crane suppliers in the Middle East.