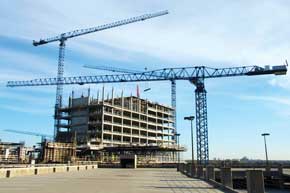 Tower cranes manufacturer Linden Comansa and its Russian distributor Bashkransnab will jointly exhibit again at the construction machinery fair CTT in Moscow. The 2012 edition was the first in which they participated together and the experience was so positive that both companies decided to repeat since then. The tradeshow, the most important of Russia and its neighboring countries, will be held from June 3rd to 7th at the International Exhibition Centre Crocus Expo of the Russian capital.

The exhibited tower cranes in previous editions were a 11LC150 8t in 2012, and a 16LC185 10t in 2013. For this edition, a larger crane has been chosen by Bashkransnab and Linden Comansa: a 21LC550 in its version of 24 tons of maximum load capacity. In addition to residential / commercial building and highrise construction, this crane is designed to offer maximum performance in public works and infrastructure projects such as bridges, power plants, ports, etc. 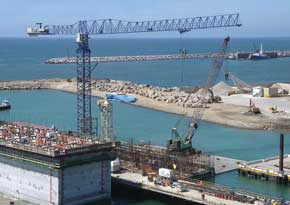 The exposed model will not have its maximum jib length, 80 meters, but will be erected with a 40 meter reach. With this configuration, the 21LC550 can load up to 12,000 kilos at the jib end, 13,030 by using the PowerLift system, which comes standard on all tower cranes from Linden Comansa.

After the fair, the 21LC550 24t will be moved to the city of Voronezh, where it will work on the construction of a residential tower. Bashkransnab started its relationship with Linden Comansa as official dealer in 2011, and since then it has bought for its rental fleet or sold to third parties more than 40 Linden Comansa tower cranes.