Haulotte records 16% sales spurt in First Half of 2016 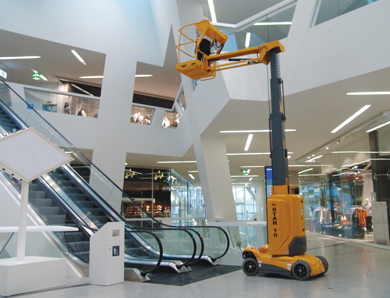 Haulotte Group has recorded a 16% sales increase (at constant exchange rates), reporting € 239.8 million in the first half of 2016, against € 207.0 million for the same period, last year.

Excluding currency effects, the strong performance from Europe (+30%), driven by the recovery in investment expenditure of rental companies, and North America (+9%), offset a mixed picture in Asia Pacific (+1%), and a still difficult situation in Latin America (-6%). The Group's other activities are growing in the first half of the year, by +9% on Services activity, and +2% on Rental activity at Constant Exchange Rates (CER).

Current operating income, excluding exchange gains and losses, was upto 39% and amounted to 6.2% of sales (+1 pt compared to first half of 2015). It is mainly due to a significant growth in volume, notably in Europe, despite an increasingly competitive market.

The decrease in operating income and net income was mainly the consequence of a less favourable foreign exchange rates environment in the period, as compared to 2015. The Group's net debt continues to decrease (€ -6.2 million, excluding guarantees given), and this is due to good profitability and good Working Capital Control.

Haulotte Group confirms, for the year 2016, growth in revenue close to 5%, due to the particularly high level of activity in the last quarter of 2015, and an improvement of its current operating margin rate.