Comansa Jie launched the new 11CJ132-6t flat-top tower crane, the first model from the CJ1100 series at the bauma China trade fair in Shanghai. With six tons of maximum load, it is the smallest model from Comansa Jie to date, with which the Chinese manufacturer expects to gain market share in countries such as China, India and the South East Asia. 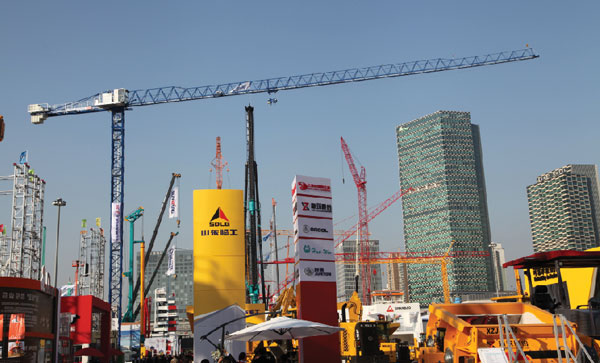 The 11CJ132 can be erected with a jib length from 30 and 60 meters, with configurations each 2.5 meters, allowing to perfectly adapt the reach of the crane to the conditions of each jobsite. The fixed version of the 11CJ132-6t has a maximum freestanding height of 57.4 meters, although it could exceed 108 meters combining different types of tower sections. 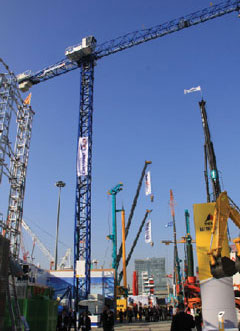 This new model is the first from Comansa Jie to include the PowerLift system, developed by parent company in Spain, Linden Comansa. The PowerLift system improves the load diagram of the 11CJ132-6t up to 10% with reduced speeds, allowing the crane to load, for example, 1,320 kilos at the jib end (60 meters) instead of a load of 1,200 kilos without PowerLift. This system is very easy to use. Comansa Jie expects to gradually include this system in all models.

Regarding response from the trade fair, Andy Huang, Comansa Jie General Manager said, "The results have been superb. Our booth was full all of the time; we met with all our major customers and distributors, and were able to meet very interesting new potential customers. Most importantly, we made agreements worth more than 10 million dollars, which will benefit both Comansa Jie in China and Linden Comansa in Spain. And there are still many operations to close, so we can ensure that the 2014 edition of bauma China was the best of all times for us."