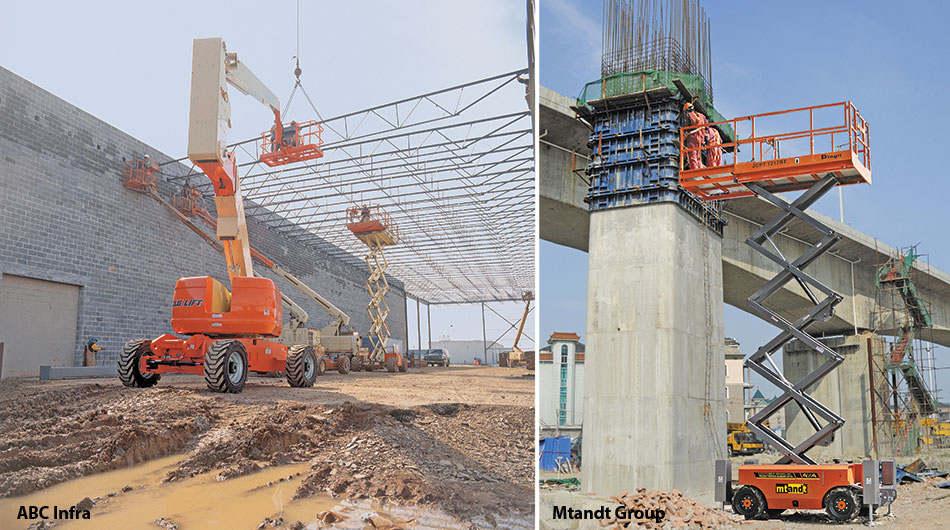 What is the current scenario of the AWP rental market in India?

Sanjay Khanna, Mtandt Group: Demand for AWPs on rent is more buoyant than before. We have been increasing our fleet size to keep pace with the increasing demand. With more feature-rich machines being added to our fleet, we anticipate higher reliability, safety and productivity, and pushing demand even further.

Praveen Sharma, ABC Infra: AWPs are now being considered as a very important piece of machinery for a project site. Earlier, contractors used to utilize AWPs just because their clients insisted them to do so. However, the contractors have realized the benefits of AWPs and are embracing safe work practices by using AWPs.

Kunal Gala, JNK Lifters: The AWP rental market is at a very nascent stage; there are many new rental companies who are starting this business and they vary from as small as two machines to as big at 100 machines. And seeing the focus on the infrastructure development, I feel there is a lot of scope for growth in India.

What are the key advantages of AWPs? 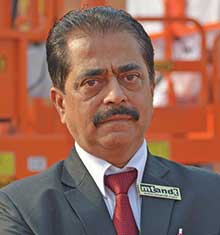 Sanjay Khanna, Mtandt Group: The salient feature of AWPs lies in their safety and productivity. These machines are of robust construction with multiple degrees of freedom, safety interlocks, sensors for overload, tilt alarms, angle sensors, pothole protection, etc. For certain special applications, AWPs (spider lifts) are available with hydraulically deployed stabilizers for more stability and safety. They have lower ground bearing pressure, which means that they can be used even on sensitive surfaces like vitrified tiles, marble floors, granite, etc. For heavy work with higher payloads, there are scissor lifts of different types to suit different applications, payloads and heights. 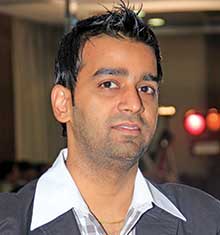 Praveen Sharma, ABC Infra: Aerial work platforms, in various configurations and operational specifications, are the best solution to overcome various challenges at site, without compromising on safety. In fact, increased productivity with safety is the biggest advantage of using AWPs. Using conventional methods of access can not only comprise on safety of the workers but can also unnecessarily delay the project. Moreover, boom lifts are known for their versatility and reliability in a number of jobs and environments. They have the ability to not only reach heights but also extend to certain angles depending on the task at hand. Kunal Gala, JNK Lifters: Safety and efficiency are the key advantages.

Rental cost of AWPs has always been a concern; how do you justify the high cost?

Sanjay Khanna, Mtandt Group: The key to keep rental costs viable is to maximize machine utilization. This is possible, and we have already achieved this; we do not depend on outside sources for the maintenance and service of the machines. By investing in our own service team, spares inventory, and state-of-the-art facility, we have been able to improve the turnaround time.

Praveen Sharma, ABC Infra: Although buying or owning an asset might sound lucrative, it does make sense to rent from a good rental company. Many sites have a mandatory requirement for use of AWPs over and above a particular height. For such customers, safety always comes first and cost is really not a deterrent. Rental companies have a team of experts who are ready to help you. Their expert advice not only assists customers on which equipment is best for the job, they also give users hands-on experience on how to properly use the equipment. Moreover, India being a geographically vast market, it is quite challenging to move the machines from one part of the country to another. This is where the rental companies can bring in their experience and get the machine delivered at site on a timely basis. Rental companies also provide maintenance support in case there are issues in the machine. Hence, rental costs are totally justifiable against the benefits. 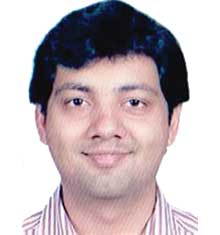 Kunal Gala, JNK Lifters: Rental costs have bottomed out and they shall remain the same for some time now. At the current rental rates, rental companies are still adding machines to their fleet, so I think the cost justifies itself.
Why is use of AWPs in India limited? 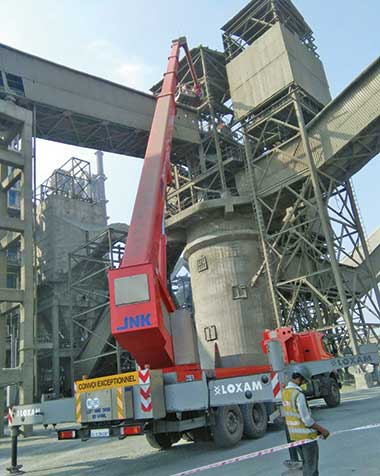 JNK Lifters
Sanjay Khanna, Mtandt Group: The biggest challenge faced by the Rental industry is the unorganized sector using old or outdated machines, which can jeopardize safety at site. We have been consistently upgrading our fleet as we believe in safety first. We have been facing severe price competition from fly-by-night operators, but our customers have stood by us because of our long-standing reputation. Initially, though use of AWP was less, we have stimulated demand, thereby stepping up the pace in this business with faster availability, geographical planning of yards, quick response to customer needs, and taking a very proactive approach to grow the industry.

Praveen Sharma, ABC Infra: The demand for AWP's is primarily driven due to the mandate given by overseas principals and consultants. However, there is no legislation as such for mandatory use of AWPs beyond a particular height. Due to this, the demand is still limited.

Kunal Gala, JNK Lifters: Skilled technicians are in shortage. The concept in India that every machine needs an operator is the biggest hindrance to its growth. The end-user should have skilled labour who also know how to use an AWP.

What support do equipment manufacturers offer?

Sanjay Khanna, Mtandt Group: We do solicit technical support from the equipment manufacturers, though we have gradually become self-reliant in both trouble-shooting and sourcing of spares. From the manufacturers’ point of view, based on our initiatives of trying to improve the in-house caliber of our technicians and operators, they are obliged to increase their support in reciprocation. 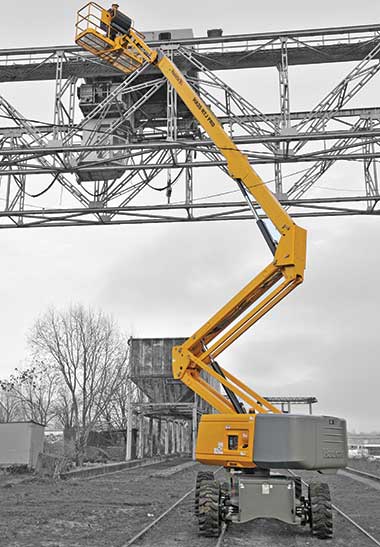 ABC Infra
Praveen Sharma, ABC Infra: Due to the low volumes, manufacturers are unable to keep a decent inventory of spare parts, which are usually ordered from the USA, Europe or Singapore. Also, there is a paucity of skilled service engineers who can trouble-shoot any issues with the AWPs. With adequate training, manufacturers can help create awareness about safe operation and maintenance, which can lead to reduced down-times for rental companies.

Kunal Gala, JNK Lifters: Lobbying with the government to make use of AWP compulsory and proper training centre for engineers, and availability of spare parts at economical rates.

Should there not be a stringent policy on working at heights?

Sanjay Khanna, Mtandt Group: The scenario is quite different now. We are seeing quite a few organizations internally driving their team to focus on safe working at heights. To a certain extent, the onus also lies on us for bringing in more awareness. We have recently started a full-fledged division for providing WAH training. Our faculty provides both classroom as well as onsite training with emphasis on correct climbing methods, hazards while working at height, mitigation of same, safe use of AWPs, and other safety tips. Everyone needs to contribute towards increasing awareness on working at heights; the policies will follow soon.

Praveen Sharma, ABC Infra: As mentioned earlier, the growth for AWPs has been sluggish (as compared to First World countries) due to lack of legislation. However, some of the leading manufacturers are now in touch with the National Safety Council in order to have some legislation regarding mandatory use of AWPs beyond a particular height. The industry can witness exponential growth in the coming years in case there is further development in this regard.

Kunal Gala, JNK Lifters: The policy is there but it is not being enforced by the industries.

What is your outlook on the future growth of the industry?

Sanjay Khanna, Mtandt Group: With the Indian economy looking up and new projects being planned, the prospects seem bright for the rental segment to see healthy growth in the coming days. The main growth drivers would be productivity and safety derived from the AWPs. Today, almost all projects need work at height and have quite stringent deadlines to be met. This is possible only by use of AWPs by contractors and their workers.

Praveen Sharma, ABC Infra: There has been a paradigm shift in perception of safety. What used to be okay in the past is not okay these days. Over the years, customers have become increasingly safety-conscious. Even smaller contractors, who were earlier reluctant to use AWPs due to the high cost, are now beginning to use them for their various benefits. The rising labour costs are certainly encouraging users to adopt AWPs. Government initiatives in terms of safe working at height would provide a tremendous boost to the already growing AWP industry in India.

Upcoming industrial and airport expansions and infrastructure projects are the major growth drivers, as these sectors will continue to utilize AWPs on a large scale.

Kunal Gala, JNK Lifters: Implementation of policies by the government, support from manufacturers and growth in infra are the key drivers. The future is looking good given the investments being made by private and government sectors on infrastructure development.