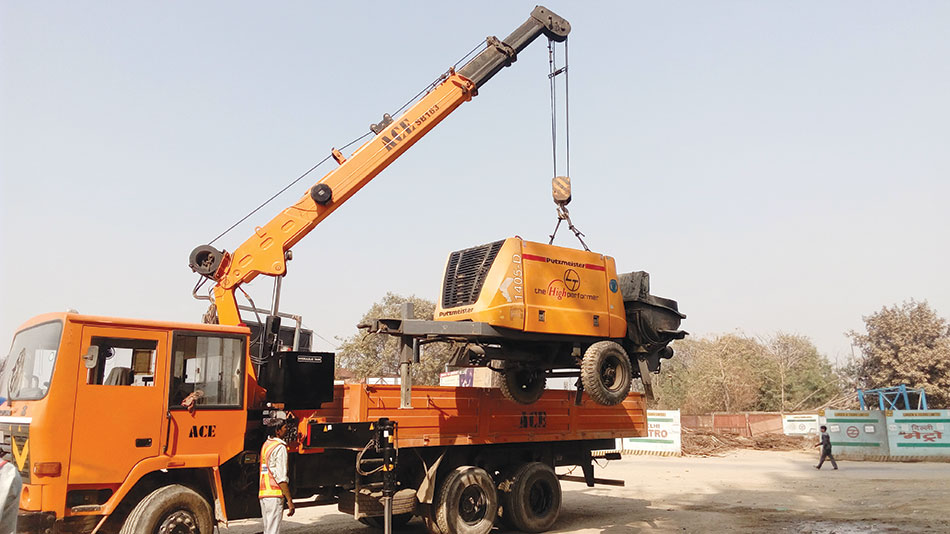 Action Construction Equipment (ACE), India’s leading crane and construction equipment manufacturing company, is offering Lorry Loader Cranes. A Lorry Loader Crane is mounted on a truck chassis either between the truck cabin and load body or at the end of the load body/rear end of the truck. Its primary application is to load/unload the truck, and it can lift load from all sides, adding to its flexibility.

These cranes are mostly mounted behind the cab, which leaves the entire bed of the truck empty. Though small and easier to use in tight spaces, they can effectively lift heavy loads also. The knuckle boom can even be outfitted with a winch for added functionality.

Greater Payload Capacity: Considering all the different applications that it is used for; the crane is light enough for the truck to carry it along with its regular cargo.

No Travel Limitations: Since it is installed on the customer’s truck, it will go wherever the truck goes.

Horizontal Lifting: The articulating crane is excellent at lifting cargo horizontally, such that it can be used in low clearances and in tight spaces without causing any damage, and minimal space is required to operate it.

Easier to Load & Unload: The loader crane allows the operator to load or unload the cargo with much less vertical clearance required compared to a straight boom crane. The option to rear mount the crane gives the operator the ability to load/unload the materials from another truck also.

Another advantage of using these Lorry Loader Cranes is that they reduce the number of machines required to load-transport-unload a job from one site to another as they are capable of self-loading-transporting-unloading, hence reducing purchase of more machines, running, maintenance and labour cost to almost half.