Use of sea sand as fine aggregate in concrete making 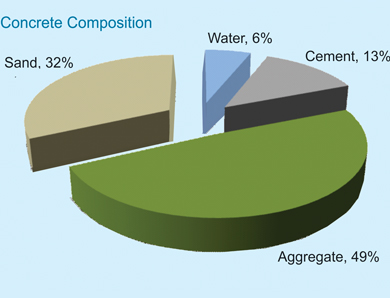 Concrete is a mixture of cement, coarse aggregates, fine aggregates or sand and water. The approximate ratios of these components are as below:

Based on the ratios and the anticipated cement consumption in the country, the expected requirement of sand will be about 500-550Mt in the next few years or so.

Traditionally, river sand has been the main source of supply but the restrictions now imposed by the Green Tribunal because of environmental degradation considerations has led to investigations into alternate sources. Keeping in mind that properties of fine aggregate affect those of hardened concrete such as durability, strength, shrinkage, creep, thermal properties, unit weight, modulus of elasticity and surface friction, the search for alternatives is bound to be arduous and painstaking.

While quarry dust, crusher fines, and construction and demolition wastes have been actively investigated and are being used to a great extent, it has become necessary to look for other sources also as demand is enormous and only a few alternatives are not enough to meet demand in the long run. One such option with substantial availability could be sea sand (also known as Offshore or Marine Sand) which already has found application in coastal areas in some countries. The main extracting countries are the Netherlands, followed by the United Kingdom, Denmark, and France. In China, where coastal areas are rich in sea sand, and are already in wide use in local concrete construction.

The estuaries of the rivers, which flow into the sea, also have sand depositions that have to be dredged out of ports for keeping the area free for movement of the ships. This sand however has excess chlorides due to depositions in saline water and hence needs treatment before being used. A recent report has informed that Cochin Port Trust (CPT) is also planning to dredge out 70,000 cu.m of sand slurry every day and on basic assumptions, the figures work out to almost 8Mt of sand annually.

These sands are generally suitable for making concrete for base and sub-base and tests have shown that even reinforced concrete could be made from them. But the construction industry is extremely reluctant to accept it.

While sea sand has various advantages such as: The main reasons why it is not acceptable for concrete making is the presence of sea shells and the chloride content. 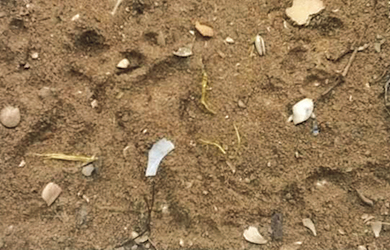 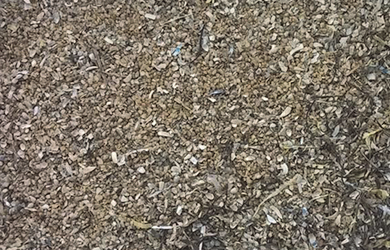 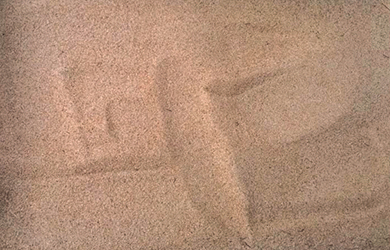 Sea Sand After Washing
It has been argued that shell content has no adverse effect on the strength of concrete as such, but the workability is reduced. Further investigations have shown that shells above 5mm do affect workability to some extent but those below 5mm show no significant reduction. In this context therefore, sea sand is not prohibitive for concrete.

As regards chloride content, there are various views and the standards also differ considerably on the extent of chlorides content. It is however certain that chloride affects the durability of concrete structures by attacking the reinforcements and corroding them. Chloride in concrete could be from cement, aggregates, water and even from the admixture. It is the overall effect that is important and not the fine aggregate alone. Chloride content not only corrodes the reinforcements in concrete but also causes efflorescence due to oozing out of salts from the concrete. Hence, chloride content needs to be controlled within limits.

The limits stipulated in BS 882:1992 on the chloride ion content by mass, expressed as a percentage of the mass of the combined aggregate, are as follows: Sea sand as mined from the sea has higher chloride content than desired and needs to be reduced for acceptance. While simple stacking it on the shore and allowing rain water to pass over it, washes out the chloride content in many cases, such a practise requires large pads of sand to be prepared and kept in place for more than a year so that nature plays out its effect over the sand and thereby reduces the chloride content by rain water washing. It must also be appreciated that in this process only free chloride ions can be washed out but not those which are physically bound with the sand grains or are part of the chemical structure.

While this practice may be possible in some instances where there is no immediate pressure for utilisation, the situation will change when extensive demand will need immediate action for making available the sand for the industry. Technology has to play its role in such a situation.

CDE has undertaken extensive tests with sea sand and has developed the process for reducing the chloride content. Tests have been undertaken in sands in a number of countries. It has been established that through the process of wet sizing, attrition scrubbing, classification and washing, the chloride content can be reduced from above 500ppm level to less than 100ppm level. CDE Mariner range of sea sand washing plant can treat upto 350tph sand for production of both concrete sand and plaster sand (depending on feed gradation) as per BS 882:1992 specification. In keeping with the core competency of CDE, the plants are skid mounted and require minimum foot print leading to low unit power consumption and minimum man power. The revolutionary water management system of CDE ensures maximum possible water recovery and recirculation of process water. Water recovery in the system is lower than usual, as a good part of the water needs to be rejected due to chloride build-up. Chloride-rich silt obtained post washing can be bagged and used as eco-friendly fertilizer and wastewater goes through Reverse Osmosis process before its release to the atmosphere.

Reference:Project adopted by Kerala Government
Availability of good quality sand for construction has been a burning issue in Kerala for the last several years. On one hand, the brittle environmental balance of the State is threatened by illegal sand mining from rivers, at the same time, restrictions on sand mining has resulted in inadequate availability of good quality sand and has become one of the biggest hindrances of growth and development.