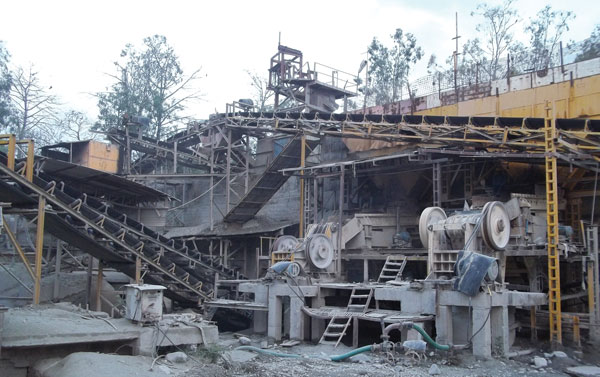 Since its inception, LSC Infratech, which is one of the country's oldest crushing plant owners largely based in the northern parts of India, has been incorporating newest and innovative technology involving huge investment. The initiatives have paid rich dividends by ensuring maximum output entailing minimum cost to generate profits in the competitive crushing business.

The company currently owned four crushing plants in Uttarakhand ideally located in the Himalayan belt about 255 kms from the national capital. In addition, it also has one crushing plant at Saharanpur UP and one in the state of Rajasthan. As a matter of fact, LSC Infratech also boast of owning one of the biggest fixed crushing plant owners in India. It is worth mentioning here that the company launched its operation in 1991, when it started its first plant in Haldwani in Uttarakhand with toggle jaw, roller and impact crushers. However, over a period of time the rapidly growing road and other infrastructure projects across North India, encouraged LSC Infratech to expand its operations in other parts of the state and it set up its second crushing plant at Bajpur in 2007, which was followed by one each plant at Ajitpur and Kishanpur in 2010. Now it commands a strength of four crushing plants in Uttarakhand with a combined production capacity of 4.5 million tons per annum (mtpa) of crushed aggregates and 2 mtpa of sand. The crushed aggregates and sand being lifted by infrastructure contractors in North India, covering states of Uttarakhand, Uttar Pradesh, Delhi and the surrounding areas of the National Capital Region covering bordering states of Haryana and UP mainly through roads and that railway ballast is transported through wagons rakes.

The raw materials for the plants including river bed boulders, is sourced from the nearby dry river beds during through the year barring monsoon period. The entire process included that the labourers from UK and other parts of North and Eastern India collect the river bed materials (RBM) and load it on tipper and trucks for transporting the same to the crushing plants. The company is opting for manual process because excavators or other mechanical equipments for extraction of RBM are strictly prohibited in the area by the state government.

According to the founder and CMD, LSC Infratech, Mr. Shiv Kumar Agarwal "the rivers flowing through the hill state are the natural source of raw materials for almost all the small and medium crushing plants owners in the region. They are also the source of direct and indirect employment and business, for almost three thousand tipper truck owners transporting the RBM to the plants here, daily for period of six months in turn contributing to the prosperity of the region."

Echoing his viewpoint, Director LSC, Mr. Saurabh Agarwal said that the RBM gets deposited, on the river beds, brought down by the heavy water current of numerous rivers, originating from the hills in this region. The state government allows regular de siltation of the river beds, by crusher plants owners here, at specified levels every year during non monsoon months, between January-May through removal of the RBM. The volumes of RBM to be extracted are decided by the state government following survey of the rivers. Lack of periodical extraction would cause accumulation of RBM which will restrict heavy flow of the river water during monsoon, resultantly causing heavy floods in the region.

The state government permitted RBM extraction from River Gaula, one of the rivers in the region at 4377901.05 cum in 2015. Extraction will have to be carried leaving 25% river width from the bank. Removal of very big boulders is restricted in the river from the junction of the hilly and plain area as they serve for dissipating energy of the flowing water. The permissible levels of extraction are based on assessment by Indian Institute of Soil & Water Conservation UK. RBM for LSC's oldest, Haldwani plant is sourced from River Gaula. Materials for Bajpur crushing plant is from river Dabka while materials for Ajitpur are from river Nandhaur and for Kishanpur, it is from river Kosi in UK. 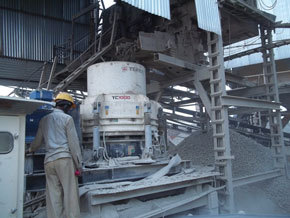 He further explained that the configuration of each fixed plant comprises jaw- screen- cone and washing systems. Each crushing plants has between two to four jaw crushers of 150 tph from Delhi based CCM Ostem Projects and Terex. The jaw crushers have an opening between 36x 24 and can crush boulders between 500-600 mm. One Terex jaw, 42AY, 1410 can crush boulders of 1000mm. The plants have five to six screens between three to four decks of 400 tph from South Indian manufacturer, Propel Industries, Terex and indigenously manufactured by LSC. Each three plants have two numbers of 220 tph cone crushers from Propel and Terex. This is excluding Haldwani which has one 220 tph cone crusher from Terex and one new 350 tph cone crusher from Propel, very recently taken by LSC for trial operations. Power for the plant is drawn from state electricity grid. However, to have captive backup, the plants are supported by 625 kva, Caterpillar and 750 kva Cummins diesel units.

In its entirety, there are two, B-series, 150 tph, CDE washing plants, one each at Ajitpur and Bajpur and two C- series, 75 tph at Haldwani and Kishanpur. Mr. Saurabh says, "We have been the first customer of these CDE Asia plants in India. The ROI for these machines has been in less than twelve months. The company gives complete solution by recycling 90-95% water used in our sand washing operation, truly addressing the concern of depleting natural resources such as sand and water. However, the main reason for choosing, CDE Asia for our washing applications was as because, the plants are of high accuracy with great durability. The company is using high quality components and spare parts in its machines that it hardly needs any repair, for our kinds of continuous operations. Practically, it is a zero wear kind of machines. I have seldom called up the company for service till date as I didn't find any such need." 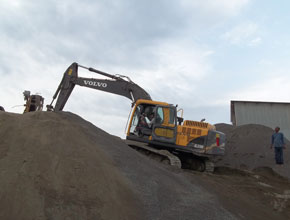 LSC will be acquiring additional numbers of two excavators, three wheel loaders, and ten tipper trucks. The new units will be deployed for its new upcoming, 500 tph crushing plant in Uttarakhand in 2015. The plant will be having similar configuration of existing plants involving two cones, five screens and three jaw crushers. "We will be acquiring equipment from OEMs providing best package in terms of pricing and prompt parts support. Since all material handling equipment at our plants operates for 300 days, between 12-15 hours a day, equipment reliability, lower maintenance and optimum performance, supported by appropriate product support is vital us. For this, we prefer manufacturers, having established manufacturing facility, marketing, sales and support network in India," mentions Mr. Saurabh.

Ensuring optimum operation of the plant and machinery and fleet management, the company has put in place a preventive maintenance mechanism as it has introduced ERP software to monitor the equipments. For higher equipment availability, Mr. Saurabh reveals that the company prepares an elaborate check list of the components to be repaired during daily, weekly and annual in house maintenance exercise carried at its own four integrated workshops for each plant complete with inspection bays and engine overhaul facilities. Moreover, its upcoming crushing plants will also be provided with integrated workshops and other facilities as is the case of its existing ones.