Technocraft Industries (India) Ltd announced the launch of its MACH range of Scaffolding and Formworks solutions for the Indian construction and infrastructure industry. 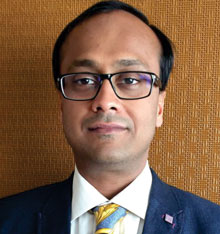 Technocraft Industries (India) Ltd announced the launch of its MACH range of Scaffolding and Formworks solutions. Manufactured in India and for use in the Indian construction and infrastructure industry, the MACH range incorporates features and globally accepted stringent safety standards. Navneet Saraf, Director, Technocraft Industries (India) Ltd., says, "Our Scaffolding and Formworks solutions have earned a strong reputation in some of the most demanding markets worldwide. We are now launching the MACH range that incorporates the same high standards of quality for use in the Indian construction market." 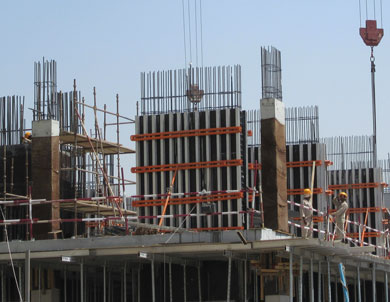 He informed that the MACH range is manufactured with superlative precision and finish, and tested and proven to be truly international in quality and function. Plus, the scaffolding can be assembled and dismantled with speed, ease and total safety. "The new systems are easier to adapt, faster to use and less laborious. What normally takes 50 people five days to complete, MACH can do in two days with ten people, so the builder/contractor saves on the labour and time components in the project. Such products are currently available with only the high-end European brands, and we are making them in India and at a reasonable cost for the end-users. Our solutions will mark a major step forward for the country's growing need for safe, efficient and speedy construction," he adds. 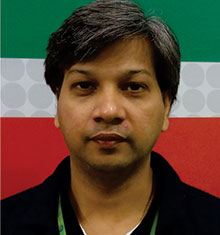 The MACH brand will come as a boon to all developers, builders and contractors who will now have access to world-class solutions," comments Mudit Raniwala, Senior Vice President at Technocraft. "The Indian market for these solutions is partly catered to by several small scale manufacturers in the unorganized sector, but these products do not always have the quality and reliability required for critical applications. The safety features incorporated in MACH systems meet the international safety norms.The government's steps to eradicate the unorganized market, which takes shortcuts and avoids paying taxes, and for whom safety and onsite accidents are not big issues, will help the organized sector to bring in safer products," he adds.

The company is providing in-house training to construction site workers in association with NTTF, and a course for students on scaffolding and tool development.

Technocraft as a group has been a predominant player in the precision engineering sector. It has done a forward integration of its Tube Division by producing high precision scaffolding systems for building construction. It has been constantly upgrading its capacity and improving its standards to meet the ever increasing expectations of its customers. The company's quality certifications include Welding Certification as per EN 1090 from SLV, Germany, Welding Standards as per AWS D1.1 / D1.1M, Techlok System tested as per EN 12810/12811 at Oxford University England, Inward Material Testing (in-house & reputed labs), coils identified with heat nos. along with MTRs, periodical calibration of gauges, testing of components and systems in process, etc. Its export markets include Australia, Middle East, Africa and North America.

The company's strategy for growth is constant innovation, entering new categories, and focussing on domestic as well as foreign markets. It has recently finalized an order for a 30,000 sqm slab decking system - the biggest order in India till date - from a local contracting company in south India, and is envisaging a revenue of Rs.200 crore in the next fiscal from domestic sales. Its manufacturing capacity at its Mumbai-based plants is 3000 tons per month, while its 100% subsidiary in China produces 1500 tons per month. It has recently expanded its base of 5 plants in Mumbai by an additional 16 acres of land, where it plans to set up new business verticals in industries such as defense, solar transmission and heavy fabrication.

PERI ALPHADECK was launched by Cabinet Minister, Government of Haryana, Ram Bilas Sharma at bauma Conexpo India. This is the first system where the ideation, prototype, design and the planning has been done

The brand promise made by German company Layher, has held true for over 65 years as the company continues to deliver more speed, more safety, more customer proximity, and more future solutions: values which