The Aglaya high-rise building is situated in the so-called Suurstoffi area in Risch Rotkreuz (Switzerland) next to Lake Zug. In a unique way, it combines the increasing desire of living in a green environment with careful management of building land resources. PERI planned and delivered a scaffolding and formwork solution to meet the difficult formwork challenges of this flagship project for realising a future-oriented living environment.

The garden tower block concept was the eventual winner of the competition for creating a green residential tower in the Suurstoffi district. Thanks to its vertical garden design, the 70 m high Aglaya blends naturally into the whole neighbourhood. 85 condominiums are being built on the upper floors of the tower. Office and commercial space is planned in the bottom four floors. The integration of nature into a high-rise building - unique in its way for Switzerland – along with an efficient use of resources make Aglaya a flagship project for housing development concepts of tomorrow.

Zug-based construction company, Landis Bau AG, was awarded the contract for the realisation of the shell. At the end of 2016, Landis decided in favour of the formwork concept from PERI AG Switzerland in collaboration with MCE GmbH, Eschenz. The main difficulties in this project lay in finding a formwork and scaffolding solution for the funnel-shaped cantilever on the 5th floor and the differently arranged cantilevered balconies which projected outwards up to 4 m. 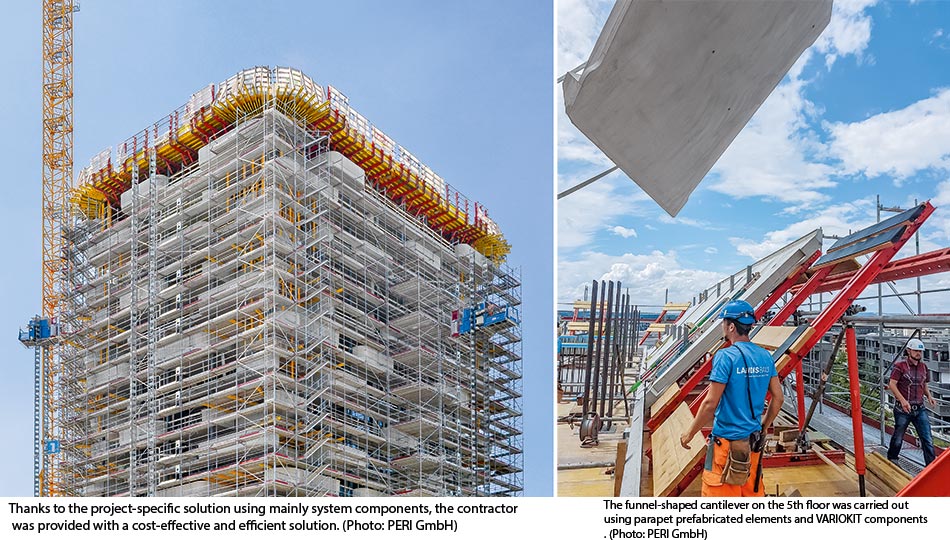 The cantilever was realised by means of heavy prefabricated concrete elements at a height of approx. 18 m. Thereby, not only the loads from the precast concrete elements but also the geometrically complex in-situ concrete beams as well as the slab above had to be transferred. PERI UP shoring towers were used as support which also served as a working platform. A construction using components taken from the VARIOKIT Engineering Construction Kit was mounted on the PERI UP shoring towers which supported the up to 5 t prefabricated elements and secured against slipping thanks to friction activation.

With the help of project-specific framework-type tables comprised of parts from the VARIOKIT Engineering Construction Kit and MULTIPROP shoring towers, it was always possible to realise the range of balcony cantilevers as well as accommodating the high loads from the parapet prefabricated elements in the same system. In order to minimise on-site assembly times and to maintain the tight construction schedule, PERI delivered the slab tables already pre-assembled to the construction site. Thanks to the double amount of the MULTIPROP substructure, the tables could be used very efficiently and, acting as a working platform with protective wall, offered a very high level of safety also when working at great heights. 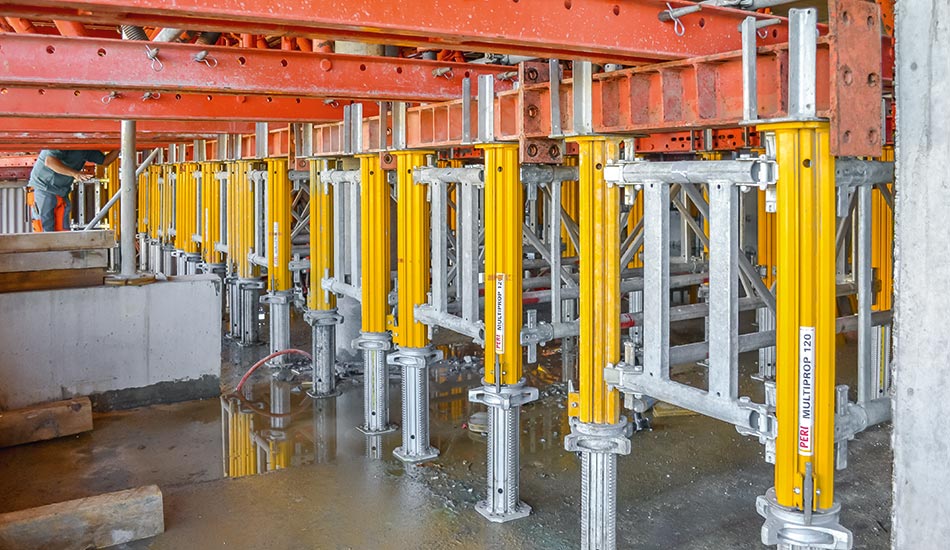 Simple solution in a difficult place

The stair core and range of interior walls were realised using MAXIMO panel formwork. Through the optimised tie point arrangement and the one-sided tie technology, the walls could be formed extremely efficiently and cost-effectively. For the walls subsequently concreted in the basement, the contractors chose the lightweight DUO system formwork. It's components low weight and easy handling allowed manual forming operations thus enabling simple execution of the walls despite the limited space available.

Thanks to the good cooperation and the detailed planning, work was completed to the complete satisfaction of all participants. 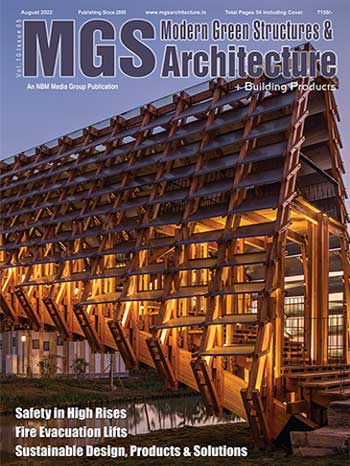 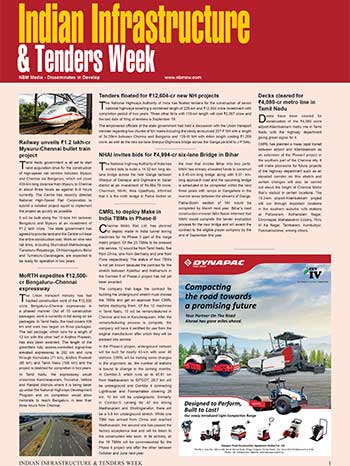