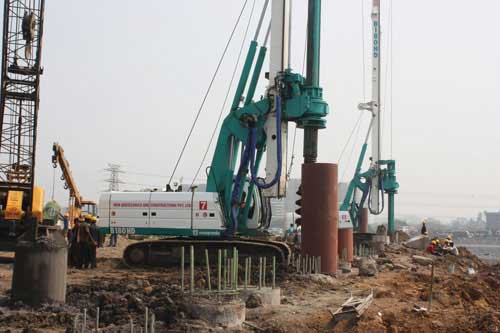 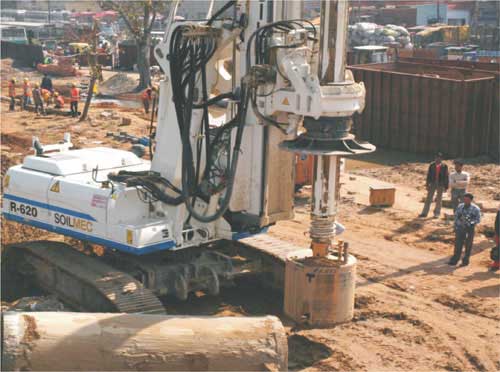 Responses from manufacturers revealed that codes guiding the usage of piling and foundation equipment yet to attain its advanced character in India. The piling codes in use in India dates back to 1970’s. There is a lack of adequate guidelines laid by the Bureau of Indian Standards (BIS) for usage of proper and advanced piling methology for customized and complex construction requirements claims manufacturers. As a consequence, the codes falls short in highlighting the usage of modern piling techniques in India. The codes are much in contrast to those laid by Europe and America which works on DFI guidelines. Essentially, the codes falls short in incorporating the broad users perspective of the equipment manufacturers and contractors precisely pertaining to the ready mix industry, soil testing, cement or altogether the piling contractors. This is despite the fact that the component of piling and foundation is 5 percent or even more for any core high end civil engineering project in India. The code laid by BIS is IS 2911. 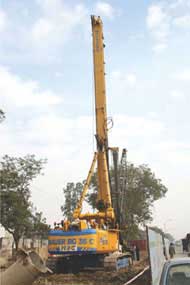 Lack of incorporation of advanced codes has been due to the reason that BIS remains the nodal agency for laying the guidelines for piling industry in India. Further enquiries from equipment manufacturers and contractors reveal that shortage of advanced guidelines as an instance have sustained multi various confusing issues with the contractors while executing the project. Notable among them is the exact rate of pile socketing required in rock with the construction companies. Contractors have lack of requisite clear guidelines as to what should be the quantum of piling in metres that can be undertaken in various kinds of rocks. This is despite the well-known fact that rock conditions differ between Bangalore, Delhi, Chennai, and Mumbai. Contractors being engaged in elevated stretch in the metro railway projects critically countered the issue of what should be quantum of pile socketing per metre in the rocks. Confusion has been added to the issue where there has been composite rock conditions. Similar feedback has been received from contractors and project consultants involved in executing the new Kolkata Metro Rail Corporation project connecting Salt Lake City to Howrah. Vital stretch of the project is on elevated corridor.

Paradox has been added with the project executing agencies laying stipulations barring usage of chisels attached with tripod in most cases to facture the rocks. The stipulations of the contractors are based on the chances of weakening of the foundation of the pile. Contractors and manufacturers claim that the skepticism of the project executing agencies are not always unfounded.

However, again the irony of the fact is that tenders for most of the construction projects in India are based on pricing. This is both for bankable projects having high financial exposure through viability gap funding or public private partnership mode as well as for projects funded internally by the project developer. Usage of piling technology becomes restrictive in all the cases as cost per metre of piling can range anywhere between Rs.10,000-50,000 or much above resultantly badly hurting the margins of the contractors. Overall baring the usage of equipment in the construction sector. 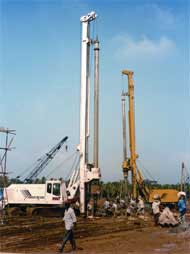 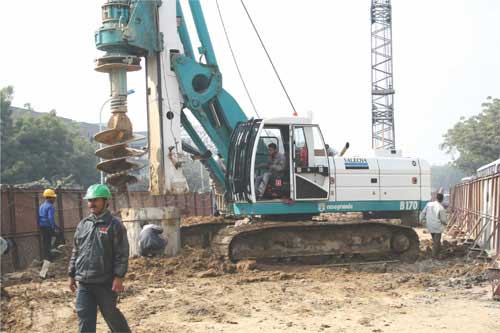 However, it is positive to note that there are increased number of workshop being organized by equipment manufacturers in India on the mechanism of the applications and its wide application areas. In tandem, workers training programme is also emphasized upon. However, training programme has to be increased making them cost effective. It would be important to make training programme certified. But most significantly, equipment manufacturers have to suggest proper usage solutions to contractors during its entire construction cycle that would provide smart return of investment to contractors. Equipment usage solution is vital as because application of piling equipments happens to be spontaneous in India as the equipment is only required for a specified time period. This is despite the contractor has sufficient job volumes in hand.

With more than 60 subsidiaries and over 160 warehouse locations, Germany-based PERI provides its customers with innovative system equipment and comprehensive services relating to all aspects of formwork and scaffolding