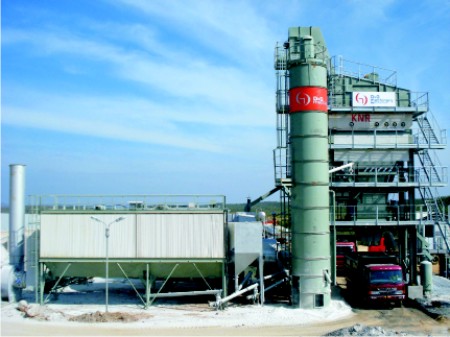 NHAI program effected paradigm shift in the asphalt mixing technologies. The small size continuous mixing plants were getting replaced with bigger capacity asphalt batch mixing plants. Contractors added to new technologies at a faster rate and had to started spending around 10 times more than the conventional plants.

In the initial stages, contractors laid more emphasis on getting a cheaper mixing plant which could just meet their asphalt mixing requirements. Many older design asphalt plants which were developed in 1970s and 80s and cloned by different manufacturers came into Indian market. These plants did not offer full control on the screening, filler separation and bitumen mixing. They were good enough to finish the jobs.

During the first phase most of these highway projects were funded by Indian government and multi-lateral financial institution like World bank, ADB, Japanese banks. The first decade of national highway program was a learning curve for all the officials and contractors involved with this program. 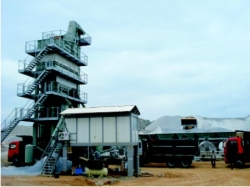 Under a public private partnership program, national road development authority embarked on a massive program under which the highways were opened for construction on build, own and transfer (BoT) basis. To meet this new requirement, contractors realised that the older generation of plants were not able to produce consistent quality mix at optimum bitumen consumption. As contractors had to invest money for construction of road and for maintaining it for a period of 10 to 15 years, they started looking for more advance plants which could produce consistent quality of asphalt mix which would minimise their maintenance cost for the roads for years to come.

D&G machinery company has been involved with the asphalt mixing technologies for the last 15 years and had played a major role in China's national highway program. Company has adopted the latest technologies in asphalt mixing and customize them to suit Asian way of working. Within a short span D&G company achieved market leadership position in 240 tph and above capacity plants in China and the region and has successfully competed with equipment manufacturers from Europe. Plants were also exported to other countries.

D&G plants are based on latest asphalt plant design to achieve a consistent quality and long life of the plant. Company has been sourcing all the major components for the plants from the world leading manufacturers.

During the last two years many Indian leading contracting companies have opted for D&G make of asphalt batch mix plants. Leading road construction companies like M/s Nagarjuna construction have shown confidence in the product by procuring 240 tph plant for their BoT project. This being the biggest plant in their fleet. Whereas repeat orders for higher capacity plants from M/s KNR construction & Patel JV and M/s BSCPL for their BoT Jobs shows the unmatched quality of the plant and the service offered by the Indian distributor M/s Worldcon Technologies. Many Indian customers have visited the job sites and appreciated the superior features of D&G plants and are waiting for an opportunity to add D&G plants to their fleet.