The CASE 1110 EX, with its closed HVAC cabin and a more powerful engine, is highly suitable for heavier application usage and is specially designed for operator comfort. It will cater to activities as diverse as urban construction, road building, infrastructure, and mining. It has a new-gen FPT Industrial S8000 engine that delivers up to 110 hp at 2300 rpm and torque of 430 Nm at 1400 rpm. More than 2 million S8000 engines across the world are testament to the reliability of this proven power.

The soil compactor also features a turbocharged after cooled engine with an internal Exhaust Gas Recirculation system for ensuring best-in-class fuel economy. The maximum applied force of the soil compactor is in the range of 34 tons, which is regarded as the best in industry. Moving a step ahead of the curve, the machine has been launched with a ROPS/FOPS HVAC cabin, which keeps operator comfort and safety in mind. Additionally, the optimised HVAC cabin gives an excellent front and rear drum/nozzle visibility, making the drive and compaction process easier and safer. 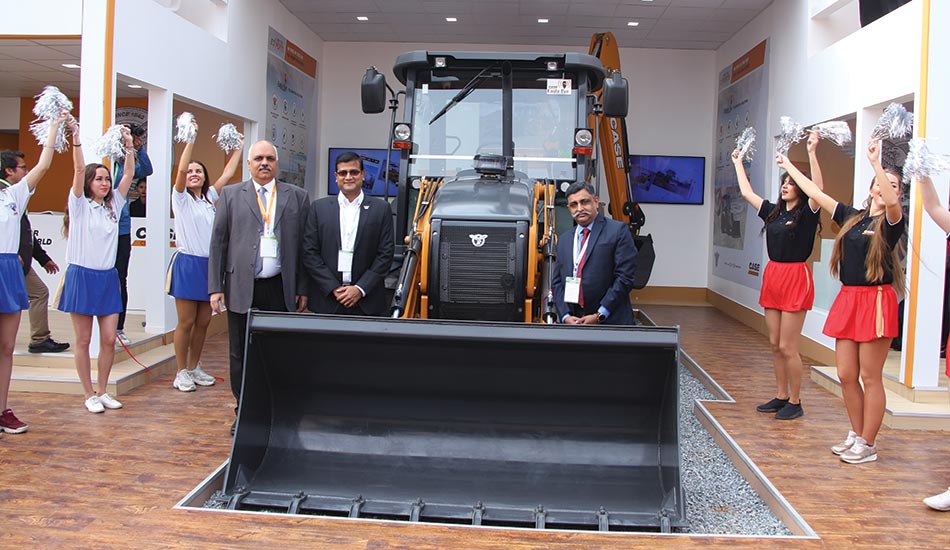 Ajay Aneja, Brand Leader, CASE Construction Equipment India, said, "CASE India is the market leader in the compactor segment and the only company to have rolled out more than 12,000 compactors from the Indian manufacturing plant. With the launch of CASE 1110 EX Soil Compactor, we aim to strengthen our roots in the Compaction range. CASE India keeps innovating and upgrading its machines from time to time and our new machine is another step in this direction as an Industry first."

CASE India also launched an advanced version of its Eagle Eye telematics developed in association with Bosch, with an aim to offer better operational efficiency and security to customers. The advanced version will provide live tracking for operating machines and will assist in geofencing, by setting a predefined area on a map beyond which the machine will not work. This will alert the user to any kind of theft or unauthorised usage of the machine along with device tempering alerts.

The solution comes with pre-emptive critical machine parameter alerts such as indication of engine oil pressure, coolant temperature, transmission oil temperature, hydraulic filter status and battery status. It will also help in keeping track of service history and sending service reminder alerts along with information on the nearest service centre location. The new solution will be accessible to both iOS and Android users.

Informed Aneja, "CASE India made some significant upgrades to its EAGLE Eye Telematics technology. In an increasingly digitized India, this technology will assist our customers in managing their machines with a higher machine utilization and preventive maintenance assistance, thereby providing higher productivity and profitability."

Gaur Dattatreya, VP - Mobility Solutions, India, said, "CASE India's machines are renowned for their tough build and superior durability and with this new solution; we aim to help them set a new standard in the CE segment and serve customers with the right products and innovative technologies."

CASE India also showcased its popular Motor grader — CASE 865B with enhanced accumulators and bigger tyres for increased operator safety and greater efficiency in heavy applications such as in the mining sector. Also on display was the new 752EX Vibratory Compactor and a new bigger Soil Compactor 1110 with an HVAC cabin, upgraded PRO series of Backhoe Loaders with higher speeds, improved ergonomics, and higher reliability and controllability, and CASE 851EX backhoe loader equipped with a centre pivot.

CASE India manufactures its industry-leading compactors and backhoe loaders at its World Class Manufacturing (WCM) Pithampur plant in Madhya Pradesh. In addition to meeting domestic needs, this facility also exports to markets in the Asia Pacific region, Africa and the Middle East.

NBM&CW's interacted with Ajay Aneja on the sidelines of the launch program. Excerpts:

What does the new year hold for the CE industry and how is Case India gearing up for 2019? 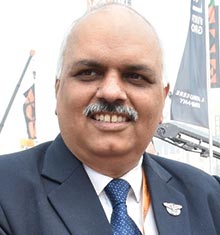 Ajay Aneja
The CE industry is somewhat skeptical of the upcoming election results. The first quarter of 2019 should be okay, but Q2 will be somewhat difficult because of the unpredictability of which party will form the government when the results are announced in June. If it is the same government, then the things will move faster, but if a new government comes in, then there will be the usual delays in processes, so maybe we will see some positive results in Q4 and onwards.

Irrespective of what the new year holds, Case India is gearing up to take on new projects and new challenges in applications with a wider and newer range of equipment. We have upgraded some of our products, we have a new compactor, and we have done a lot of improvements in our backhoes with new telematics, which we plan to extend to other products as well. We have entered the Mining sector with a grader and a dozer as we see some improvement in this sector. Our new compactor comes with air conditioning as customers are asking for a more comfortable environment. We have an AC in our backhoes, our graders have a closed cabin, and our dozers too have an airconditioned operator cabin.

Which infra sector do you think will pick up in 2019?

The Railway and Airport sectors will pick up pace. The Railways, which has been seeing an increased number of projects, and the Airports, with lot of expansion plans lined up, but have not done so well, will start picking up pace. We are seeing railway connectivity projects in places like Bihar, the Nepal border and in the North East as the government is trying to connect all the state capitals through the railways. The government has been focusing a lot on the Bharatmala project, and if all plans fall into place, we will see a lot of work happening. As of now, it’s a wait and watch situation, but we don’t expect 2019 to be as good as 2018.

What is your view on Artificial Intelligence and on IoT for developing new-gen machines and their acceptance in the Indian market?

Case India gives Intelligent Compaction as per the need. This feature is an add-on, but demand has not picked up much due to its prohibitive cost. Interest has been shown by some Municipal Corporation bodies, and since it became mandatory to have intelligent compaction, manufacturers began fitting them in their machines so that they could register for projects. 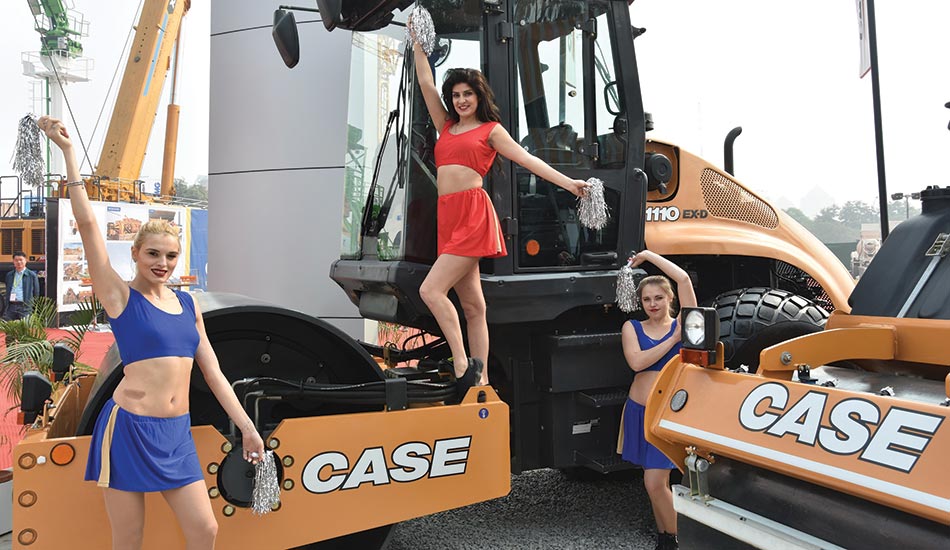 However, a wider acceptance of high-tech equipment with Artificial Intelligence, for instance, will happen over time in India. The adoption rate maybe lower as it may not be the right time or the right cost. Also, it is difficult to find good operators. The biggest advantage is that with intelligent systems you will become less dependent on the operator’s skill levels as the machine will do all the work. For instance, the compaction meter will tell you whether you are doing the right level of compaction, and of which the operator may not be aware of and could end up doing more passes. This is where the intelligence of the machine over the operator will help save fuel, time and money for the owner. In fact, the new intelligent machines do not need a trained operator.

Similarly, with telematics, which sends advanced alerts to the owners and dealers and enables them to manage the fleet, independent of the operator. As manufacturers, we will know the number of hours that our machines are working, which will help us and the parts suppliers to make estimates on the lifespan of the parts and of the machines, and plan accordingly. Over a period of time, we will be able to accumulate all such data region-wise. The best part is that the cost of having sensors etc is minimal and financiers are also more willing to finance machines that have telematics in them."

The engine technology in H2 ICE vehicles is similar to diesel engines, enabling use of existing knowledge, design and production machineries, and the vehicles can deliver high power, work with impure fuel, work in dusty conditions, and refuel