Interacting with NBM&CW, Mr. Nitin Lall, General Manager, Construction Technique Business Area, Atlas Copco India said, "Atlas Copco is a global leader in Portable Air Compressors with more than 140 years of long and proven experience. In keeping with this leadership position, Atlas Copco has also launched their compressor range with the aim of reduction in Total Cost of Ownership to their end customers. Our new range is termed as XA 127-187 & XA216-316 which has 8 different models, depending on application/segment and hence the only one in the market which offers wide options for all segments.

Now, Atlas Copco has a wide range from 150 CFM to 1365 CFM, all being manufactured in India. The newly launched XAH236 which offers a capacity of 500 CFM & 175 PSI as against 450 CFM & 150 PSI being offered by other contemporary models from the last so many years. Being market leaders in compressors, Atlas Copco always believes in leading the game by focusing on innovation to increase productivity. With higher capacity, more efficient elements and more pressure, our compressors offer higher productivity to the end customer, where minimum productivity is at least 30 to 35% higher than the traditional compressors. 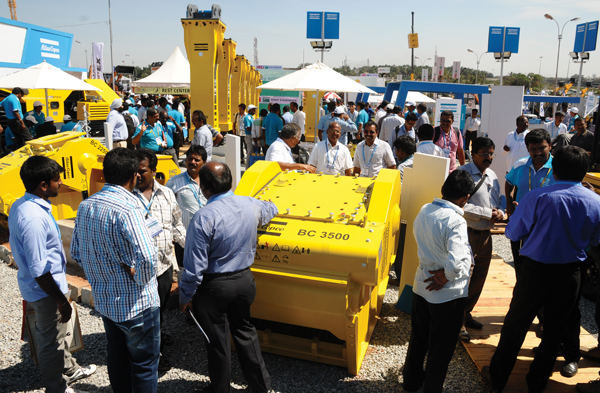 Another addition to the compressor portfolio is the XA187 which is an upgraded version of the XA176. This is the bestselling model in the Atlas Copco portable air compressor stable. In terms of value addition, the XA187 is capable of running 4 jack hammers at the best fuel efficiency as compared to a maximum of 3 jack hammers currently being offered by competition, with an increase in capacity by 10 to 12%.

In line with the global portfolio and the divisional strategy of "Predictable Power", Atlas Copco India will be launching their Generator Range in India.

This Predictable Power, which is in line with the global range, will be formally introduced in Q1 2014 in India to be manufactured at its newly built state of the art plant at Chakan. Atlas Copco puts a name and a face to its focused approach for the on-site generator and power generation business in India. This beautiful, yet rugged equipment has been showcased first time in the recent concluded Excon 2013 in Bangalore in November. This was the show stopper which became the center of attraction for all the customers who visited the Atlas Copco stall and was one of the highest crowd pullers.

For Atlas Copco, Predictable Power is both a pledge to the customers and state of mind. "Customers don't need a piece of equipment; they need power anywhere and everywhere. With Predictable Power, we communicate clearly to customers what they can expect from us: low cost of ownership, portable power on wheels, reliable performance and risk-free operation. In order to deliver these key benefits and the peace of mind that comes with them, Predictable Power is going to be ingrained in everything we do, from design, testing, building, to commissioning and maintenance," said Nitin Lall, General Manager.

In order to achieve the optimal sizing and fit, smaller model for the same application/load, QAX range features an optimal combination engine-alternator that includes a digital type AVR to control currents. Further, the generator is fully compliant with Central Pollution Control Board's stipulations of silencing and cooling performance."

On a query on initiatives taken by the company to strengthen its position in the road construction sector Mr. Lall said, "In accordance with our corporate plan, Atlas Copco road construction equipment has decided to align the visual identity of the Dynapac range of rollers and pavers in line with other products from the Atlas Copco Construction Technique basket. The initiative is well likely to strengthen our brand identity in the Indian road construction sector." The new identity has been launched internationally by the company at the Bauma International Trade Fair in Munich in April 2013 and in India, during EXCON 2013. Mr. Lall informed that Atlas Copco India is also looking towards localisation of a few additional products at our Nasik plant during 2014 which will give added benefits to our contractors engaged in building roads within the country.