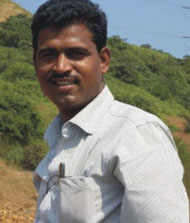 "Ease in use, a perfect bucket design and efficiency in operation are just some factors which when combined lead to one thing - great results!"

When one speaks of farming, the picture immediately created is that of acres of verdant and lush landscapes brimming with life. But if you had to drive into the Eastern regions of Maharashtra a couple of years back, you would have found it to be a dry, arid and infertile land. A land lacking in ample amounts of water resources, use of new technologies and the support of the state government towards irrigating these farmers' vast lands.

Heavily dependant on the monsoons and with one-third area of the State falling under the rain-shadow region with scanty rainfall, farmers in the Eastern region of Marthawada and its surrounding areas have not been able to see the light at the end of the tunnel. But they were not deterred. They decided to overcome this hurdle by finding other ways to counter the spate of dry months and store water. Today, due to initiatives and steps undertaken and subsidies provided by the State and Central Government these agriculturists are slowly, but surely, starting to see a bigger, brighter and happier shade of green.

"Crops don't flourish overnight. It's a process, it does take time" says Sachin Shinde, a prominent leader of the farming community here. "And since not having ample rainfall or adequate water storage, our biggest hurdle, we resorted to digging wells to try to fill that gap. But in order to do this a large labour force has to be employed. That takes up a lot of time, equipment and also large financial investments as rents are high. But thanks to Volvo's excavators what use to take us three months now takes just three to four days and at far less the cost! Last season (2011-12) a group of farmers got together and purchased seven Volvo excavators. By 2012-13 that number went up to twenty". 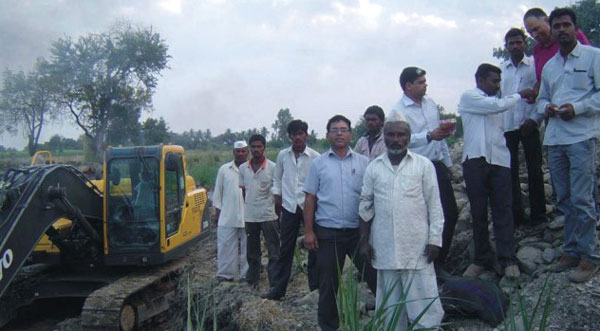 A few of the farmers share a sweet moment

And the story doesn't end here for them. Mr. Shinde has been instrumental in this region and seeing the success achieved by the group, and with him endorsing the Volvo brand, neighbouring farmers also invested and welcomed five Volvo excavators on their lands. Mr. Shinde also adds; "The best features of these machines are the simple and efficient bucket design, the various working modes and torque control and the ease in manoeuverability and maintenance. And for our needs which consist forty- five foot deep wells, Volvo excavators if compared to others in this category, have been perfect. Also, in August this year, we plan to buy another eight to nine machines. Volvo excavators have undoubtedly and most definitely been a winner for us!"

Everything comes at a cost today. And renting an excavator puts an hourly dent into one's pocket. Extending farmers a helping hand via a government subsidy has proved to be part of the solution. 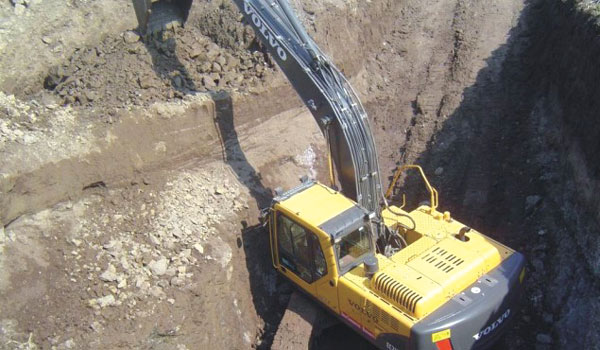 The other being, farmers getting 'the right machine'. That's where Volvo excavators play a pivotal role. Being one of the fastest and easy-to-operate machines Volvo excavators come equipped with superior features. Some of which include state-of-the-art electronics to ensure efficient fuel consumption, better downtime and ease in manoeuverability. Besides, Volvo excavators are relatively easy to maintain and deliver absolute long-term value. So it's no wonder that today Marthawada's farmers have emerged winners in the Eastern region of Maharashtra. And soon, their neighbours will too.