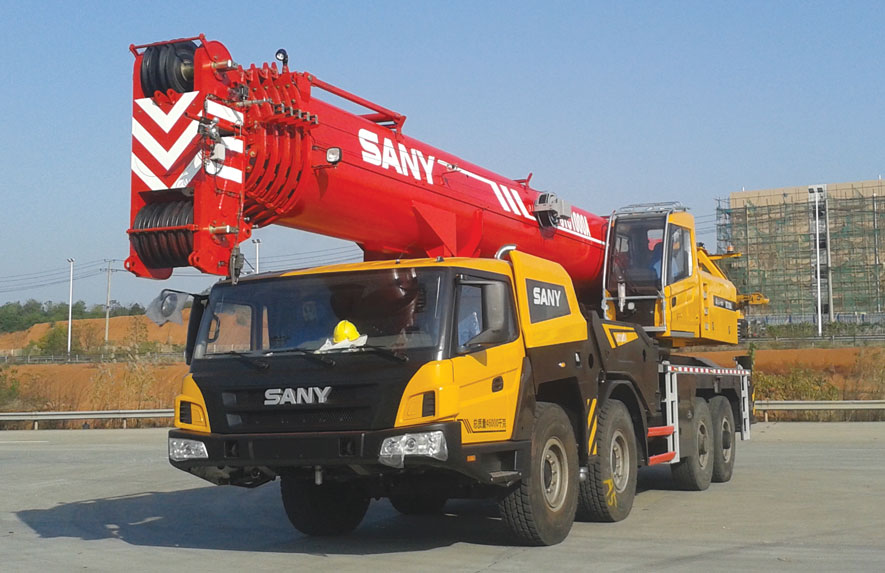 The demand for truck cranes, primarily meant for industrial projects continues to remain mixed. This is due to sizeable volumes of cranes getting released in the market with Reliance Jammnagar third phase expansion reaching its consummation stage. Further, with retarded expansion of cement plants, demand continues to remain slow. However, continuing off take for planned refinery and cement plants maintenance and requirements for newer cranes from onshore energy based projects continues to keep demand of truck cranes sharply indexed to requirements, making competition intense.

Manufacturers might take over the emerging space with targeted aggressive product positioning. Moreover, the aggressiveness is also on the backdrop of future planned greenfield projects, especially in the energy sector.

Sany India has sold more than ten units of the 100 tons truck cranes, imported from China to rental agencies working in Indian windmill sector and other industrial erection and maintenance work.

Leveraging its offering further in the segment, Sany India will shortly introduce 130 tons truck crane in India from China. "We are expecting to execute orders at least for eight to ten new units. These cranes will also be promoted for industrial, flyover, and metro projects erection jobs. " mentioned Mr. Saxena.

To enhance product support, Sany India has set up its regional warehouses in the four metropolitan cities. The company is also continuously re-distribute its service personnel based on relocation of equipment to different project sites to provide rationalized services support to its customers. 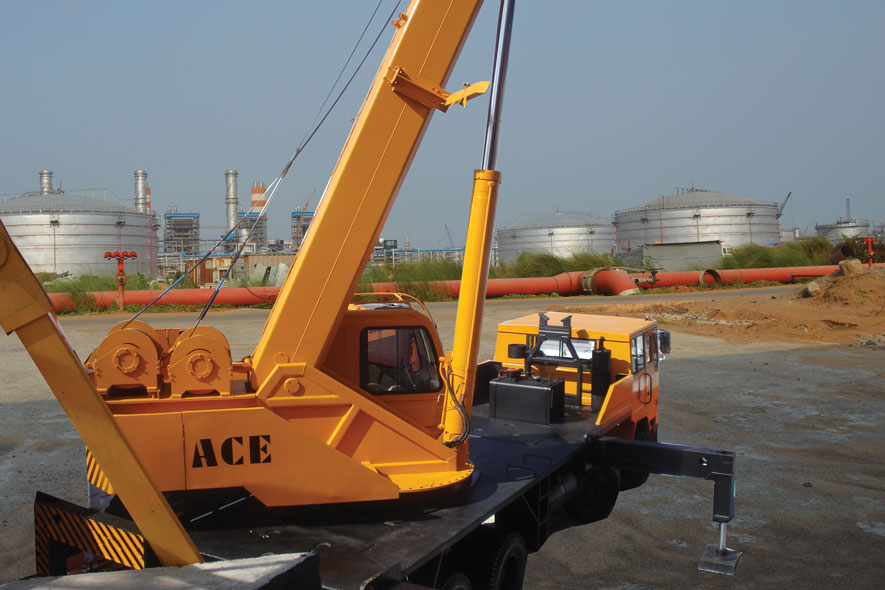 Delhi based mobile and tower crane manufacturing major, Action Construction Equipments (ACE) will introduce its new 50 and 75 tons truck cranes, mounted on its own manufactured chassis. The company will also replace the existing Leyland chassis with its own chassis for its existing 25-40 tons truck mounted cranes. Both the cranes are planned for introduction in another six months to one year. "The cranes, presently undergoing tests, on our chassis, will be powered by 160 hp Ashok Leyland engines and transmissions. The cranes with ACE's chassis will make the crane more stable. With the dedicated chassis, it will be synchronized to the main operation of erection. Further, the cranes will be having reduced over heights as per international norms. With our own chassis, the cranes will be having appropriate centre of gravity as well," says Mr. Saurabh Agarwal, Director, ACE.

Zoomlion will enhance sales of its range of truck mounted cranes in India through its dealer Friends Equipments¹ that offers truck cranes of 12-2000 tons. According to Mr. Rajeev Kumar, CEO, Friends Equipments, "We are looking to tap the segment between 20 and 350 tons in the Indian market. Wind mill is one of the potential business segments in India, where we will promote the Zoomlion truck cranes of 55-220 tons. The functions of the cranes will primarily be to work as supporting cranes for the main crane, working for erection of tower sections and blades." 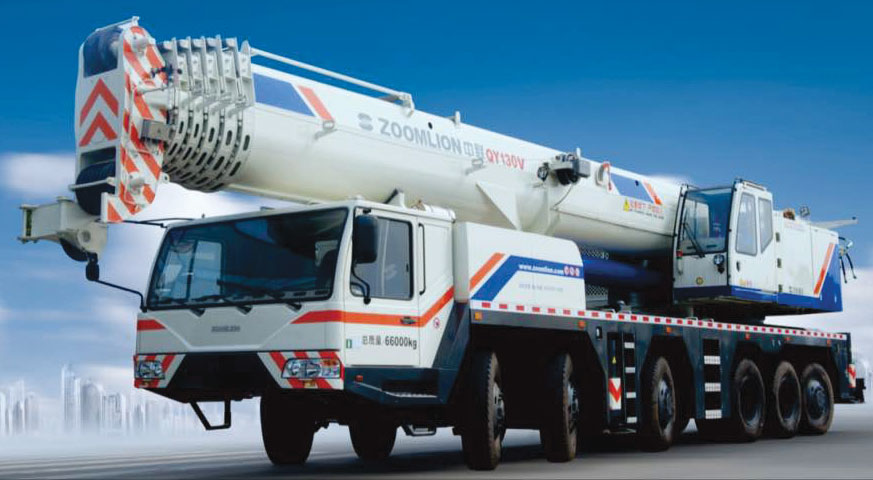 Friends Equipments has sold between 180-200 Zoomlion truck cranes in India, powered by mix of Weichai, Cummins, and Mercedes engines. Mr. Kumar says, "The' U' shaped boom makes them lighter and sturdier as compared to OEH¹ shaped booms. To make the cranes more compact, maneuverable, and suitable for constricted job sites, especially in energy and general infrastructure projects, Zoomlion has been carrying regular improvisations in the crane outriggers and chassis for making them better oriented to job applications." Zoomlion's portfolio of truck cranes consists between 12-2000 tons.

Not to be left behind, Chinese crane manufacturing major, XCMG is looking for the market to sell its 16-130 tons truck cranes in India. "Onshore oil industry, power, and cement are the prime areas under our radar to promote our competitively engineered truck cranes. Lower operating and maintenance costs are ensured in our cranes as compared to other Chinese offerings. This is based on the sturdy, 'U' shaped boom, enabling them to withstand stress and XCMG's own chassis, built in house under strict quality guidelines, offering higher levels of stability," says Mr. Kulkarni, XCMG India. XCMG supports its cranes through its two dealers Syncon and Shenhang.They are also talking to few more reputed companies to add on to Dealer network and the aftersales support.

The initiative of manufacturers to place competitive newer products backed by slew of aggressive marketing strategies is well likely to bring sales. However, it will be vital to offer the right product support to consolidate the gains in the present highly competitive business scenario. 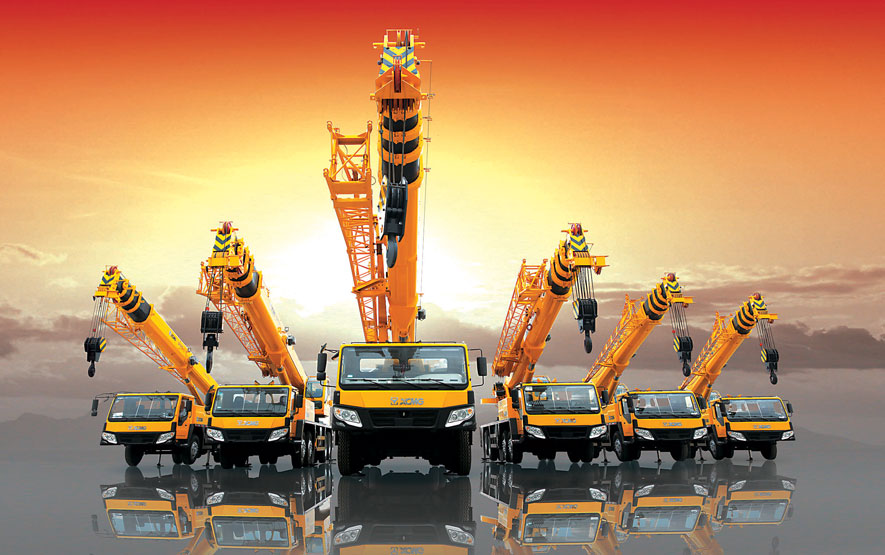