Taking the road not taken a success story

"When the going gets tough, the tough get going. We have it in us to take up the toughest challenge in our business and win. With a partner like Volvo, everything's possible." 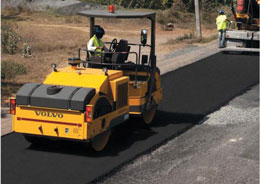 At first glance, you are likely to mistake them for labourers and contract workers. There's more to them than meets the eye. A vast majority of workers at Uralungal Labour Contract Co-operative Society Ltd (ULCCS) are in fact company owners holding shares and reaping profits in their own right. ULCCS is India's first labour co-operative and one of the most successful worker-owned businesses in Asia.

Established way back in the mid 1920s at Vadakara in Kozhikode District of Kerala State, ULCCS is an inspiring saga of excellence, endurance and enterprise in the labour-intensive construction industry. "We are unique – in more ways than one," says Paleri Rameshan, Chairman of ULCCS. "Ours is a Company of the labour, by the labour, for the labour. You know, they say, the total worth of co-operatives worldwide equals the size of the world's ninth largest economy." 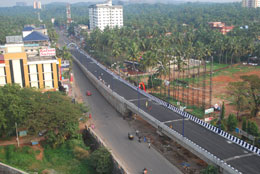 Over the decades, ULCCS has developed several landmark projects – the Beach Road, Arayadathupaalam flyover and the iconic UL Cyber Park, to name a few. The Company's forte lies in building roads and bridges. "A majority of our 3000-odd projects we have executed so far are in road construction," says Rameshan. "We have hands-on experience in road building." ULCCS has close to 1,000 shareholding members who double up as workers at construction sites. All members of the worker-management team have a common goal - to deliver the best on time. They are backed by Volvo Construction Equipment.

Making the difference in road building 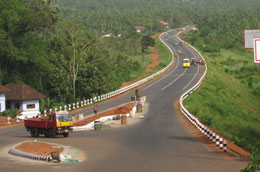 There are a total of 5 Volvo machines working at ULCCS. They include Pavers and Compactors – DD 100 & SD 110. They have been with the Company for years now leaving a distinct imprint at every road project. "Volvo is a class apart," says Rameshan, "both on and off the road." ULCCS credits its success to consistent quality work and the reputation it has acquired over the years by completing projects well ahead of schedule. Rameshan concedes the Volvos have played a significant role. "No matter how good we are, at the end of the day, it's the equipment that makes the difference in our business," he says "I can tell you from experience it's not easy to match a Volvo in performance – phenomenal output." According to him, Volvo Machines provide a distinct advantage in road constructions simply because they deliver on two counts - high productivity and fuel efficiency. Along with lower maintenance and operating costs over the long haul, it gives the Company that competitive edge in the business. Rameshan has a word of praise for VolvoCE Channel Partner – PACT Machines Pvt Ltd. "They have that uncanny knack of providing critical service support at just the right time."

ULCCS currently has plenty of work at hand. They include roads and bridges on challenging terrain. But challenge is something ULCCS has always taken in its stride since inception. Rameshan sums it up with a smile. "When the going gets tough, the tough get going. We have it in us to take up the toughest challenge in our business and win. With a partner like Volvo, everything's possible." ULCCS and Volvo – two of a kind