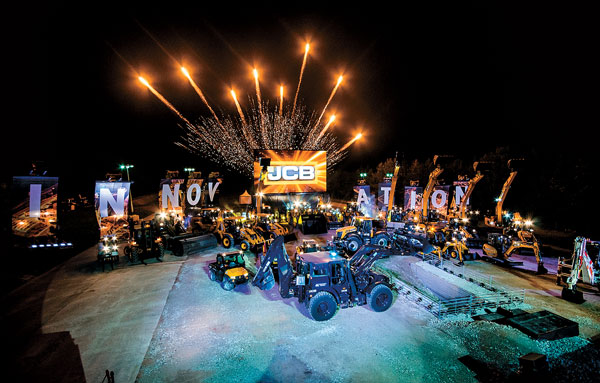 Plans to introduce fifty-five new products during 2013 with similar numbers planned in 2014 and 2015.

Addressing customer requirements through product innovation is JCB's prime strategy to drive business. P.P.Basistha recently visited the Construction and Agriculture Equipment Manufacturing conglomerate's global headquarters in Rocester, United Kingdom to have an acquaintance on the research and development initiatives to be inducted for product innovation in near future.

The modest initiative to bring mechanization began in 1945 by Joseph Cyril Bamford seeing the growing requirements of agro equipment for enhancing food production for Britain's war devastated population. The first hand experiment of attaching a shovel on a Ford Tractor proved a big success. Such initiatives went on to metamorphose themselves to take shape of a modern backhoe loader, finding application in construction, agricultural, municipal and host of other applications requiring handling of loose bulk materials. Other product development initiatives followed towards developing Excavators, Wheel Loaders, demolition attachments, and so on. Today, JCB has 11 manufacturing plants in UK selling full range of 300+ models of construction and agricultural equipment with bases in US, India, China, and South America. The company now makes its own 'DieselMax' and 'ecoMAX' engines that go into its Backhoe Loaders, Excavators, Wheel Loaders and other equipment for better performance integration. Till date, JCB has manufactured 2, 50,000 engines. JCB India also started manufacturing its own engine which is now fitted in wide range of JCB India machines. Till date, over 50,000 JCB machines with JCB engines have been sold in India. 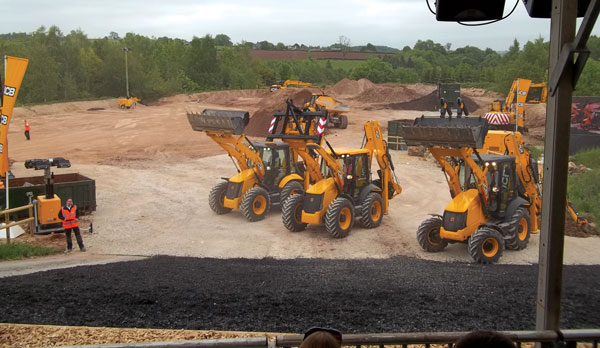 Visitors to the global headquarter, which also houses the innovation centre, got a flair of vertical engineering that goes in developing JCB products for its markets globally. Showcasing the one millionth machine, the JS 220 LC Excavator, Mr. Graeme Macdonald - CEO Designate, JCB Group said, "Innovation has been the key element behind our every product development as characterized in our newly developed JS 220 LC Excavator featuring stronger boom and fuel efficiency." 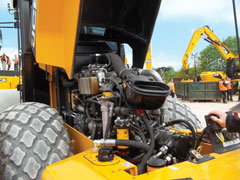 Giving an overview of the activities of the innovation centre, Mr. Tim Burnhope, Chief Innovation Officer, JCB Group said, "The thrust of our innovation centre is to develop new products based on efficient design and manufacturing, enhanced safety and security of operation, better fuel efficiency that goes towards reducing overall ownership costs. Emphasis is given towards making products having better visual impact, notably through well ventilated cabs that also provides better operator comfort."

Mr. Burnhope informed, "Our ongoing initiatives towards developing fuel efficient products have allowed customers to own JCB machines towards saving 750 million litres of diesel worth $600 million during 2010. Being premium products our products have better resale value."

Taking into account future application requirements and lesser cost of ownership and operation, JCB's innovation centre focuses on advanced engineering. Products are developed taking adequate feedback from the customers so that the equipment can better acclimatize in given job site requirements.

Taking future higher productivity requirements of customers into account JCB's strategy will be to incorporate advanced engineering in a bigger way in its equipment. JCB's future focus will primarily involve development of advanced engine systems, transmissions, components and attachments. The focus will be towards reduction of fuel consumption, emphasis on operator's comfort through better designed cabs and also towards making the machines more application oriented.

With business continuing to remain volatile in global markets, India will continue to be in focus for JCB which has currently three manufacturing facilities in the country comprising flagship of JCB India headquarters at Ballabgarh in Haryana manufacturing Backhoe Loaders, 'Liftall' pick-n-carry cranes, 'EcoMAX' engines and two world class manufacturing facilities in Pune. One is the Heavy Line manufacturing plant that manufactures state-of-the-art heavy equipments like Tracked Excavators, Wheeled Loaders & Compactors. The second plant manufactures exports oriented fabrications and components. The Pune unit also has an India Design Centre which caters to the JCB Group global design requirements. JCB India is in the process of setting up its fourth Greenfield manufacturing facility in Jaipur, Rajasthan at a planned investment of Rs.500 crore. 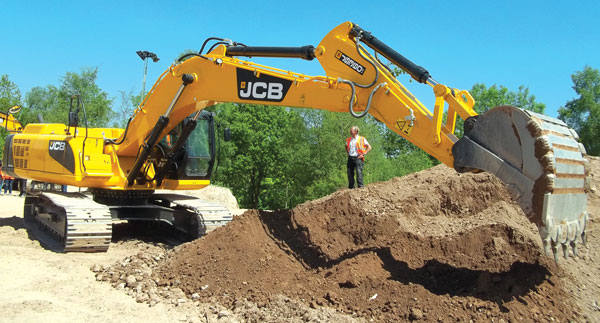 "JCB has a very robust and growing business in India and we're making investments to drive sustainable long-term growth. Setting up of another world class facility in Jaipur is a vital addition in our growth strategy. We are a 'one stop solution' in Construction Equipment Industry with the largest distribution network," said Mr. Vipin Sondhi, MD & CEO, JCB India. "Our future strategies are completely aligned with country's development plan."

The company claims to have a sizeable market share and it is India's largest manufacturer of Construction Equipment. To retain and expand its market presence, JCB will look towards increasingly making its products adaptable to job site requirements in India.

During the product demonstration at Plumpton (JCB testing site), a wide range of Indian products such as JS205, JS220, VM115, VM860, 432ZX and range of Backhoe Loaders were also shown.

Mr. John Kavanagh, Global Communications Director, JCB said, "Thrust will be given towards developing products suited to different applications and requirements of various markets. Equipment integration and enhanced performance will be looked into through enhance endurance tests of the engines and through development of higher horse power engines."