SANY India Gears Up to Escalate the Future of Construction Industry 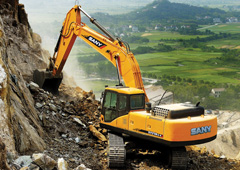 Sany Heavy Industry India Pvt Ltd (Sany India) is a wholly owned subsidiary of Sany Heavy Industry Co Ltd, which has its global headquarters in Beijing, China along with the Sany Group headquarters. The Group traces its origins to 1989 when Hunan Lianyuan Welding Material Factory was founded by Liang Wengen, Tang Xiuguo, Mao Zhongwu and Yuan Jinhua in Hunan. It initially offered concrete equipment to the Chinese market and later diversified into other construction and mining equipment such as dump trucks, excavators, mobile cranes, piling equipment, port machinery and road construction equipment. Most of its revenue is contributed by Sany Heavy Industry, which is responsible for the construction equipment business of the group that includes the concreting products.

The group has grown into a global corporation in a short time and has 10 large industrial parks in China, along with manufacturing, and research and development bases in America, Germany, India, Brazil and Indonesia. Sany currently has more than 60,000 employees globally. 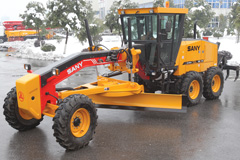 Sany India was established in December 2002 and started selling imported machinery from 2003. Its product range consisted of only concreting products and motor graders till 2006. In 2007, the Sany Group signed a memorandum with the Maharashtra government to invest in a manufacturing plant at Chakan Industrial Area, Pune. This was the first major Chinese investment in India and also the first overseas investment for Sany Group. The plant started commercial production with concrete machinery from October 2009.

The company started domestic production of crawler excavators and crawler cranes at the beginning of 2012. Currently, the company is focusing on crawler excavators, whose sales have grown from 66 units in 2011 to 243 units in 2013. However, the production of crawler cranes was suspended in 2013 due to the decline in market demand, while the company has started to manufacture selected models of truck-mounted crane in 2014.

Sany, a leading manufacturer of crawler cranes in the world, markets its crawler and mobile cranes directly to its customers. It has produced and delivered 3600 T lifting capacity crawler crane SCC86000TM, the largest of its kind in the world. 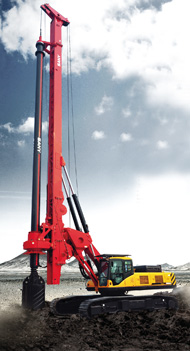 Sany group has always held a long term vision for the country and the company had invested in a manufacturing plant at a time when very few Chinese manufacturers were present in India. The importance of the investment can also be judged from the fact that it was the first overseas venture for the group in its strategy to expand globally. The company is now further planning to expand capacity of its Pune plant by investing an amount of Rs.3 billion over the next three years, and this will be in addition to Rs.6 billion which has already been invested up to 2013. The company also plans to make India a manufacturing hub for the regions of South Asia, Southeast Asia, Middle-East and Africa.

The company's strategy to stay ahead of its competitors is by manufacturing industry leading quality products and frequently upgrading them. To achieve this, Sany invests around 5-7 per cent of its sales revenue every year in research and development activities.

Apart from providing quality products, Sany India has also swiftly expanded its marketing and product support network across the country. To provide most services and parts support to its customers, it has established Five regional offices and warehouse across all regions in India, in addition to its main ware house in Pune. Besides, it has also established a strong network of around 22 dealers across India to cater to the business and provide support to all its customers and associates. It has set a target of scaling up this number to 25 dealers to provide 4S solutions (Stock, Sales, Service & Spares Support). In addition to its dealer network, it currently employs over 260 persons in marketing, research and development, production, distribution, and service.

SANY, a global leader in manufacturing of construction equipments including crawler cranes and excavators is gearing up to escalate the future of Indian construction industry with its ultramodern and global quality product range. It plans to increase the local content to 50% in value terms in its manufactured products. This will enable the company to improve its responsiveness to customer's needs as well as be more cost competitive. It also plans to introduce new products such as reach stackers for use in ports, mining trucks for the coal sector and the indigenously developed backhoe loader. SANY India plans to follow a four-pronged strategy in order to increase its market share and presence in the country.