Mr. Zeng Guang'an
Chairman, Liugong Group and Guangxi LiuGong Machinery Co., Ltd.
Liugong is one of the largest manufacturers from China of construction equipment with a widespread presence in the global markets including India. The internationalisation and deep marketing network is an evidence of the fact that currently LiuGong is distributing its products to over 130 developing and developed countries.

Under the stewardship of Mr. Zeng Guang'an, Chairman of the group, who has driven the success of internationalisation, the company is currently, focusing on the strategic development of LiuGong and the industry within the Chinese and the global markets.

With its internationalisation strategy started in 2003, LiuGong has become an example for other enterprises in the Chinese CE industry, demonstrating its advantages in both overseas sale volume and the ratio of export products compared to its competitors. With such sustained and stable status and acceleration, and with the further deepening of overseas deployment, Zeng predicted, "in 2020, international business will account for 40% of LiuGong's revenue." 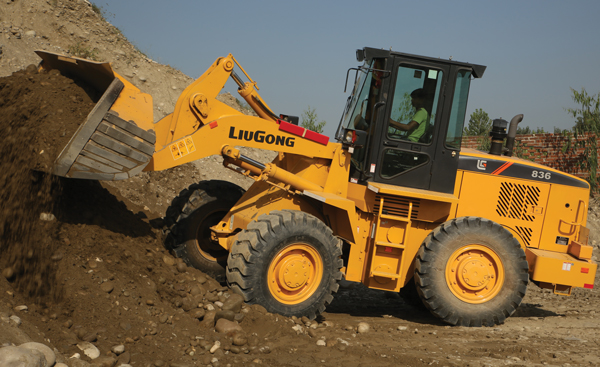 In the early years, this strategy drew interest from a number of overseas tycoons. Zeng recalls one example of 2005 when the president of a world-leading European corporation rang him up with the intention of acquiring LiuGong. However, after this communication, and to the surprise of many, they gave up on this intention: "LiuGong has grand visions and ambitious goals, and we were determined to become a world-class corporation by ourselves, rather than to be acquired, "explained Zeng.

The rejection of acquisitions originates largely from the personality and character of Zeng himself. Without concealing his ambitions, he hopes LiuGong and China's CE manufacturers can be "immortal" in the industry, rather than regional representatives of a global industry that depend on the markets of developing countries.

The company's overseas sales volume accounts for one-third of LiuGong's total revenue, and will undoubtedly contribute greater profits in the future. In fact, the overseas markets for some units – such as wheel loaders and cranes – have displayed greater development than in the domestic market.

These successes are founded upon a deep understanding of and precise judgements in the global market. LiuGong's most senior members have tirelessly gathered information from across the world to help inform its strategical moves. It is a strategy that Zeng feels will become the new normal for the future development of Chinese corporations, but one that requires a long-term view. Zeng knows that "the effect of LiuGong's international development is not likely to burst in a short-term. But once it bursts, it will bring us an unprecedented success." 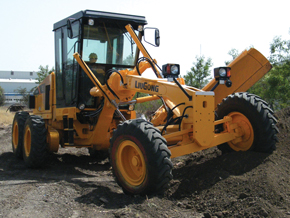 One example would be LiuGong's experience in India. Before the Indian manufacturing base went into operation, LiuGong conducted a two-year in-depth feasibility study, with Madhya Pradesh eventually chosen for its location. In July 2009, the Indian Base went into operation after one year's preparation and construction, making LiuGong the first Chinese construction corporation to set up a plant in India. At the opening ceremony, the Chief Minister of Madhya Pradesh asked Zeng why he chose to set up the plant in India. Zeng, without concealing his thoughts said: "India is a market that possesses tremendous demand potentials and scales in the global context. In India, LiuGong is the leading force in the 5t-plus wheel loader market with a market share of over 60%; 7 out of the top 10 contractors in India are LiuGong's clients. In the future, India will become one of the backbones for LiuGong's global development."

LiuGong's business in the advanced markets of Europe has developed too. Despite the Chinese market following a downward trend in 2012, LiuGong invested more than RMB 300 million to acquire HSW (Huta Stalowa Wola) Dressta in Poland. More than a year later, LiuGong Poland acquired all assets and technologies of ZZN Transmission Plant, a world-class drive system manufacturer and the core supplier of US General Electric Company.

Poland, where HSW Dressta is based, is the gateway for LiuGong to succeed in Western Europe, where demand is becoming diversified and Chinese products are growing in acceptability and recognition. In addition, Poland is extremely cost-effective for Chinese corporations entering Europe. "With the synergistic effect from these aspects, the European business through HSW will bring LiuGong major breakthroughs in the European and American markets," said Zeng.

Alongside the achievements in Poland, LiuGong has constantly enhanced its presence in Europe through other channels like participating in exhibition, and by collaborating with dealers. LiuGong's most recent major global action was to establish a manufacturing plant in Brazil in March this year, in an effort to penetrate the burgeoning South American market.

After more than ten years of travelling around the world, Zeng is now in his forties, but is as enthusiastic as ever. Morocco, the first destination of LiuGong "going overseas", is regarded by him as the blessed place for internationalisation."

LiuGong's first local agent in Morocco and the Chairman of the biggest contractor who is now in his nineties said to Zeng, "to "hold steadfast to your conviction and go for it." On this, Zeng said: "If other people have confidence in us, we must trust ourselves and make every possible effort to do our best." It is this notion that continues to drive LiuGong's development into one of the world's leading manufacturers of construction equipment.