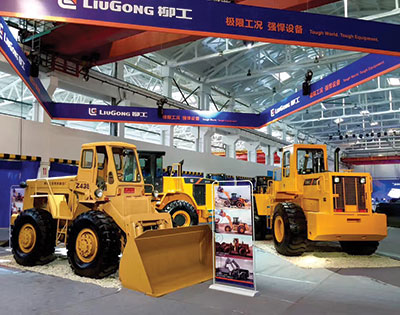 LiuGong is the manufacturer of the first modernized wheel loader in China and the first company that produced plateau type wheel loaders in the world as well as the producer of China’s largest wheel loader, the 8128H. Mr.Qi Jun, President of China Construction Machinery Industry Association, commented that LiuGong has been “integral in China’s modernization and infrastructure development.”

“3,50,000 is only a start for LiuGong,” said Mr. Wang Ruixiang, President of China Machinery Industry Federation. He also encouraged LiuGong to write a new chapter in China’s CE industry.

LiuGong manufactured its first wheel loader, the Z435, in 1966, which was also the first certified modern wheel loader in China. The ZL50C was LiuGong’s key product for the following 30 years and was the first Chinese made wheel loader that was exported in large volumes to overseas markets. “We have had our oldest wheel loader, a 50C, for more than 30 years and it is still working,” shared one customer at the event.

Now, the 856, the plateau type wheel loader ZLG50G, 856H and 8128H, are the representative products of LiuGong’s 3rd and 4th generation of wheel loaders. In 2016-end, LiuGong had launched the revolutionary vertical lift wheel loader, the VL70A. The new technology marks an important milestone for LiuGong and for the Chinese CE industry.

For more than 55 years, LiuGong Machinery Corporation has been a leader in China’s CE manufacturing industry. From building the country’s first modern wheel loader, LiuGong has evolved to become one of the fastest growing global CE companies in the world offering a full line of extreme duty, and intuitive machines for construction equipment owners constantly challenged to do more with less. 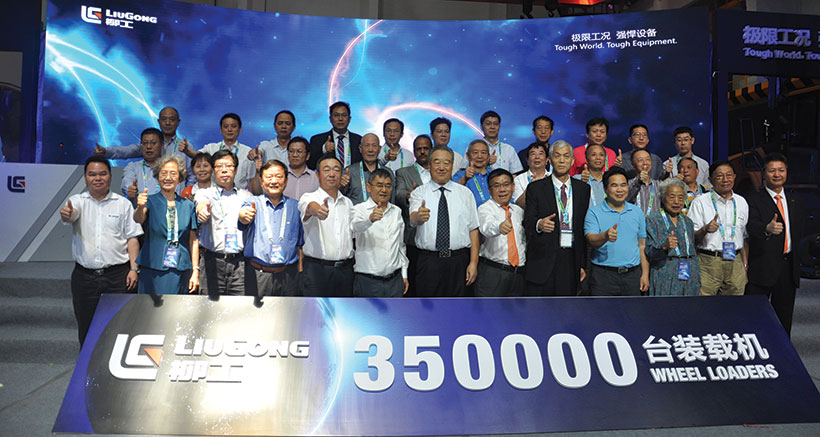