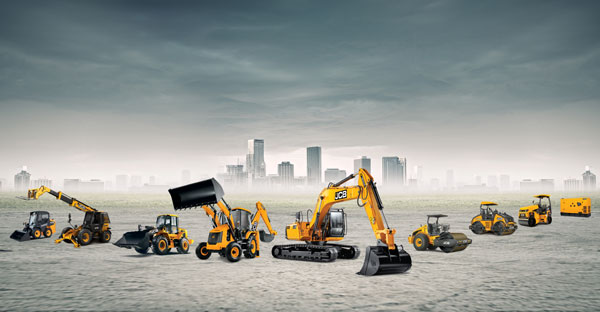 Mr. Samir Bansal, General Manager, Off-Highway Research, IndiaIndian construction equipment market has seen phases of growth and decline. After a fourfold increase in four years, demand exceeded 50,000 units for the first time in 2007. Funding was freely available and PPP was in full swing, and the infrastructure development was to become driver for the double digit growth of the Indian economy. It was felt at that time that nothing can retard the Indian economic growth due to the enormous opportunities offered by huge domestic market, demographic dividend and aspirations of a young population, and the sheer scale of development required in every sector.

The global economic crash in 2008 adversely impacted the market and the construction equipment demand declined by nine per cent followed by a further drop of 11 per cent in 2009. However, the market recovered strongly with growth of 45 per cent in 2010 and 22 per cent in 2011, to peak at 72,197 units.

Sales could not be sustained at this level and with no major initiatives by the government to speed up infrastructure development, the overall performance of the construction equipment industry started declining. The total market declined eight per cent to 66,191 units in 2012, 16 per cent to 55,916 units in 2013 and a further 14 per cent to 47,889 units in 2014 before witnessing a marginal recovery of two per cent in 2015 to 48,883 units. 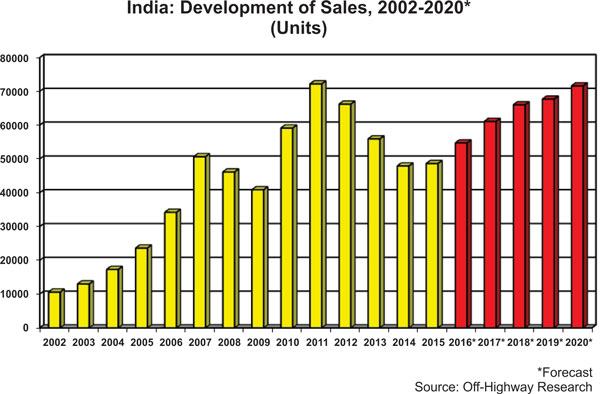 The Indian construction equipment market is dominated by backhoe loaders, crawler excavators and mobile cranes, which together accounted for 67 per cent of total market in 2015. The share of backhoe loaders grew marginally from 43 to 44 per cent during 2007-2015 and that of crawler excavators increased from 19 to 23 per cent, while the share of mobile cranes declined from 16 per cent to 10 per cent. 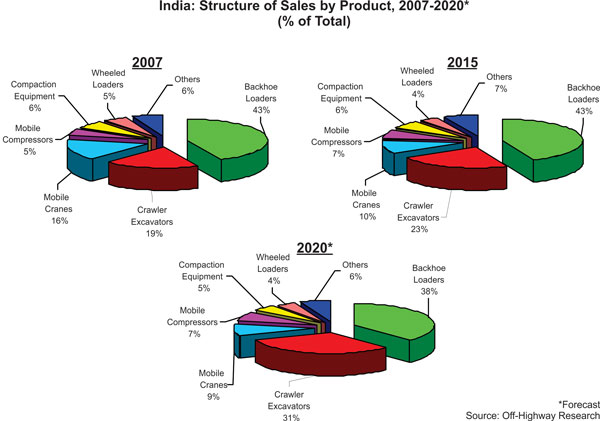 Interestingly, India is slowly developing in to a global manufacturing hub for construction equipment. Exports at 1,568 units accounted for only two per cent of peak production of 68,995 units in the country in 2011. Despite a decline of 21 per cent in production to 54,488 units during the last four years, exports grew to 7,714 units in 2015, representing over 14 per cent of local production. During the same period, imports of construction equipment have declined from seven per cent in 2011 to five per cent in 2015.

Most stakeholders of the industry agree that the new government has done rather well, but its performance compared to the original expectations appears subdued. Nevertheless, there is no major dispute about the direction the government has taken, and the debate is only on the pace of economic reforms.

The government has already taken a fresh look at the ongoing five year plan on infrastructure to redefine its targets and implementation schedules. It has moved swiftly on all fronts, and its first priority has been to remove all impediments from the stalled projects. However, the social and political constraints still remain including problems related to land acquisition and implementation of GST.

It has also taken several steps to streamline administrative procedures to meet its stated objective to improve the ease of doing business in the country and is actively working towards raising the country's position to within the top 50, which it targets to achieve in the next two years. India is also projected to be the fastest growing major economy in the world this year. 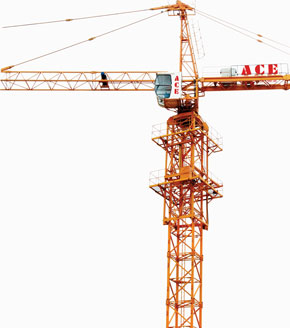 Key factors that are going to drive infrastructure over the short and long term are the ability of the government to facilitate implementation of projects in terms of enabling policy updates, simplification of procedures and processes (bureaucratic, social, legal and political) for pragmatic and transparent award, approval and long term financing for projects.

The sales of construction equipment that witnessed a marginal increase in 2015 are expected to grow by 12 per cent in 2016 to 54,970 units, however in the long term, market will be driven largely by the sheer scale of work yet to be done in the infrastructure sector. Off-Highway Research remains bullish about the long term prospects, and forecasts sales to grow to 71,650 units in 2020. 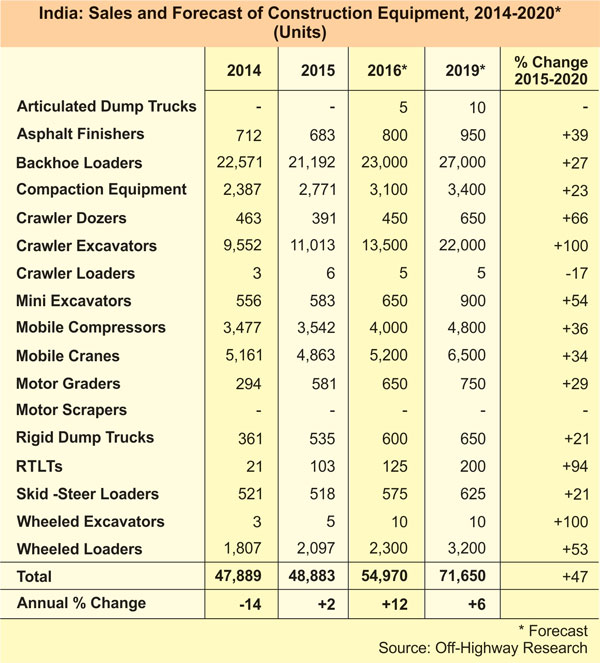 Importantly, demand for equipment that has sold only in small numbers in the past, such as mini excavators, rough terrain lift trucks and skid-steer loaders, may also increase considerably. The demand for less frequently purchased equipment such as articulated dump trucks, crawler loaders and wheeled excavators will be driven by specific orders and no future pattern can be predicted for them with any degree of certainty at this point in time.