Mr. Rajinder Raina, General Manager, ECE gives an insight on the growth prospect of mining industry in India in the coming 5 years.

In one of the recent meetings of Technical Committee of iCEMA, there was a small discussion wherein mining, quarrying and mineral processing were discussed interchangeably. At the outset, it would be pertinent to make a differentiation between the three as these are 3 entirely different segments. 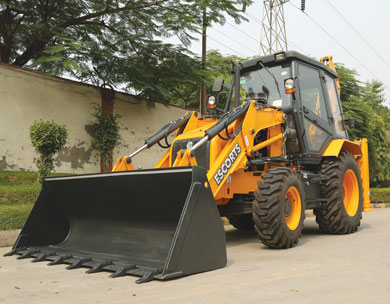 Mining in India dates back to more than five thousand years. India has been a global producer of Chromite, Coal, Iron Ore and Bauxite etc. Despite our history, mining has not been carried out in the most professional manner in India. In fact, the national mineral policy was initiated in 1993. Since mining sector attracted foreign investment, National Mineral policy was revised in 1994, permitting FDI in the fields of Iron Ore, Copper, Manganese, Lead, Chrome Ore. As the Indian GDP is projected to grow between 7-9% for the next 5 years, the mining sector growth predicates the overall growth rate in direct and indirect manner and the Government is cognizant of the need to provide a fillip to mining sector. This is primarily owing to the fact that coal based thermal power still constitutes a major part of Industrial power in India.

The lack of professionalism in mining impacted our industry to the extent that limited equipment got deployed/purchased. However with the passage of time, Hydraulic Excavators greater than 20 Ton and 30 Ton, Wheel loaders 250-300 hp and > 500 hp; Motor Graders 200-300 hp, Dumpers > 60 Ton, Crawler dozers above 250 hp and 300 hp are being used for over burden removal, waste material removal, dozing and grading of the mined area.

Just to add that in stone, marble and granite mines, cranes and backhoe loaders are also put to use. However, these mines are far from being fully mechanized.

In spite of having a huge coal reserve (about 3000 billion tonnes) some companies in India are importing coal. More than 90%of the coal produced in India is by Govt owned companies, CIL accounts for 80-82%. Private companies have own mines for captive use like steel, cement, fertilizer & Power.

In the 12th Five year plan, the govt investment in mining sector has gone up by 79% over the previous period. This will provide fresh impetus to domestic mining sector. This is one sector that promises a decent growth for all types of equipment till 2020, as the processes, methods & techniques improve.