Growth in infrastructure reflects growth of the nation and Bhai Pumpcrete has indirectly played a commendable role in growth of our country. Bhai, the pioneer company in concrete batching plants, the suppliers to Isolux Corsán, the leading European developer of large projects in India, has been part of construction of 700 Km national highway in Rajasthan.

In India, Isolux Corsán has entered into a joint venture with the Morgan Stanley Infrastructure fund (MSI), to jointly invest US$ 400m in the country to develop new road infrastructure projects. Under this agreement, the company is building three toll roads within the framework of long-term concession awarded as part of the Build-Operate-Transfer programme (BOT) established by the National Highways Authority of India (NHAI).

The amount of concrete required for such large projects is enormous and requires high capacity concrete mixing plants. The proper mixing and strength of the concrete plays a vital role in the final outcome of the project. For its projects, Isolux uses concrete mix with grades ranging from M15 to M40. Bhai batching plants are extensively used by Isolux Corsán in all their projects in India. "Bhai has the potential to become the Indian brand with world standard plants" says Mr. Subroto Mondal, Quality Control of Isolux Corsán, Ajmer. 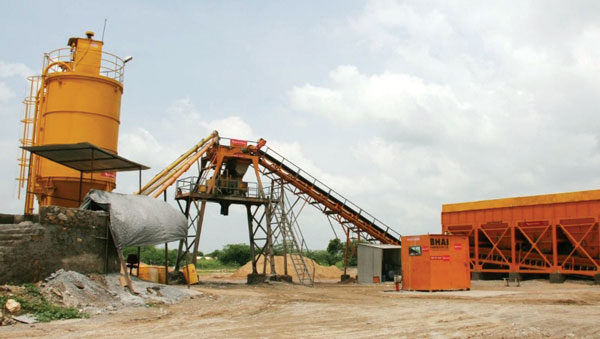 The company has a long history and goes way back to 1940s construction of Indo-Burma national highway. Today the company is focused on providing better solutions of concrete mixing.

Bhai has a state-of-art facility in Ludhiana and office in New Delhi. The company has tied up with KYC Machine Industry Co. Ltd., Japan to manufacture their twin shaft mixer in India. KYC is a global company with a turnover of 10 billion Yen. They are the pioneers of twin shaft mixer. This will further help Bhai customers to produce high-strength concrete for their major infrastructure projects in India.

As its customers are bagging major infrastructure projects, Bhai, with its robust and world standard batching plants is all set to be part of the next generation growth story of India.