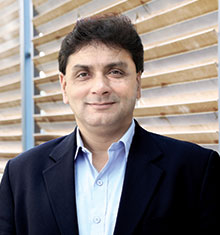 Debasis Bhattacharya, Head - Sales, Marketing & Product Support, Ajax Fiori
Ajax Fiori has been serving the construction industry with a legacy of over 25 years and has catered to all the major application sectors in India. The company provides total concrete solution to its customers for their specific needs in concrete production, transportation and placement. Ajax is a global leader in Self Loading Concrete Mixers and a major force in India for Batching Plants, Transit Mixers & Concrete Pumps.

Ajax had envisaged the potential for the SLCM market way back in 1992, as it is an appropriate tool for Indian contractors undertaking small & medium volume projects. Initially, there were doubts in the minds of customers about the utility of this product, but the machine has proved its ability and performance.

Ajax SLCMs are available in four models: Argo 4000, Argo 2500, Argo 2000, and Argo 1000, with 4m³, 2.5m³, 2m³, and 1m³ batch volumes, respectively. The SLCM is used as a merger of loader, batching plant and transit mixer for small to medium volume concrete requirements. The SLCMs are equipped with a Concrete Batch Controller to obtain the required quality of concrete by allowing the operator to calibrate the quantity of aggregates into the mixer as per the mix design. These 4-wheel drive machines are also available with crab steering which makes them highly manoeuvrable, and they can be deployed in any kind of terrain.

Admixture dosing unit (ADU) plays a key role while using a SLCM for high grade concrete. Ajax Argo SLCM comes with an option of ADU - a major relief to customers working on high grade concrete. The batching system plays a key role in the quality of concrete and Ajax has developed an advanced batching system in its Argo range, which, according to the company, will be a game changer in the market.

Ajax has a close understanding of customer needs and provides solutions as per their concrete requirement. Its batching plants range from 30 cu.m/hr to 240 cu.m/hr. The Compact Reduce Bin Batching Plant Series (CRB Series) and Inline Reduced Bin Batching Plant Series (IRB Series) have been developed as per customer needs and site constraints. The plants are available in capacities of 30 cu.m/hr. and 60 cu.m/hr. 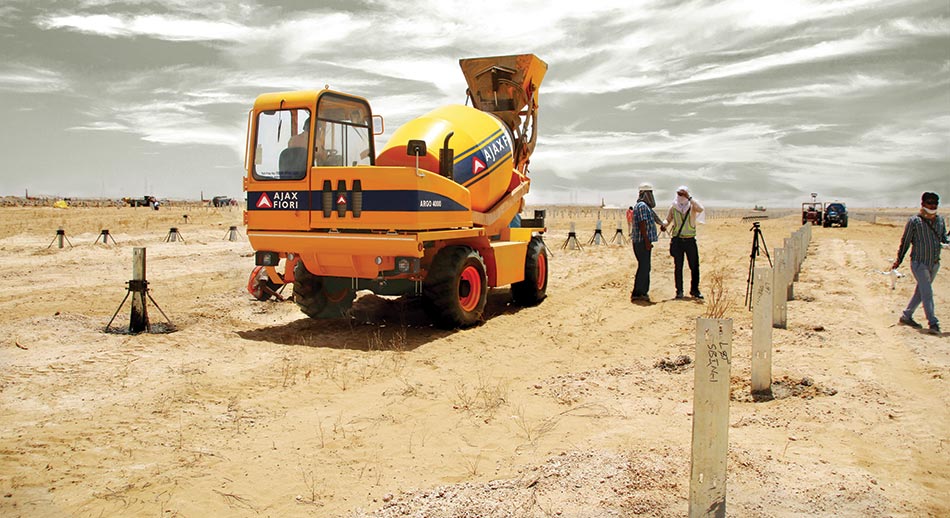 Ajax Fiori’s CRB series of batching plants come standard with planetary mixer, which is the best mixer for producing all grades of concrete and all types of slumps. World over, planetary mixer has replaced the turbo mixer for most applications, owing to its capability of producing high quality concrete of different types. Its key benefits over the conventional turbo mixer are: The Compact Reduced Bin Batching Plant (CRB) of 30 cu.m/hr. capacity was designed to meet customer requirements in the RMC and Infrastructure segments. Its advantages include the following: 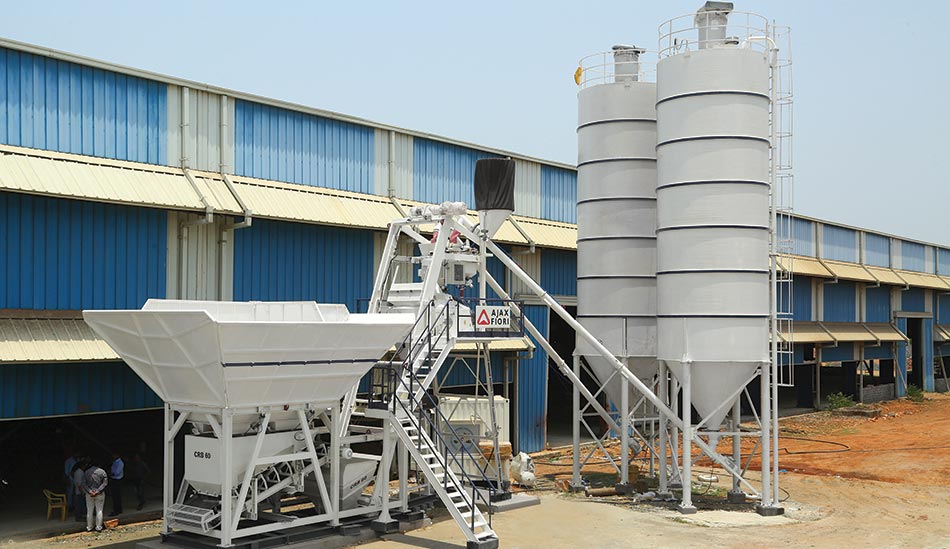 The IRB series of batching plants is designed for sites where loading of aggregates cannot be done from both the sides of the bins due to site constraints. These batching plants are best suited for customers who need 4 to 6 bins for different aggregate sizes.

Ajax Fiori launched the very first 25m Boom Pump in the Indian industry. Made of high grade and lightweight steel, the 70 cubic metre output pump can be mounted on a 4X2 chassis, which places this machine at the top of the list of boom pumps as no other manufacturer has combined such a mammoth pumping machine on a compact chassis. These features of Ajax Fiori’s A25ZX makes it an economical choice for customers. 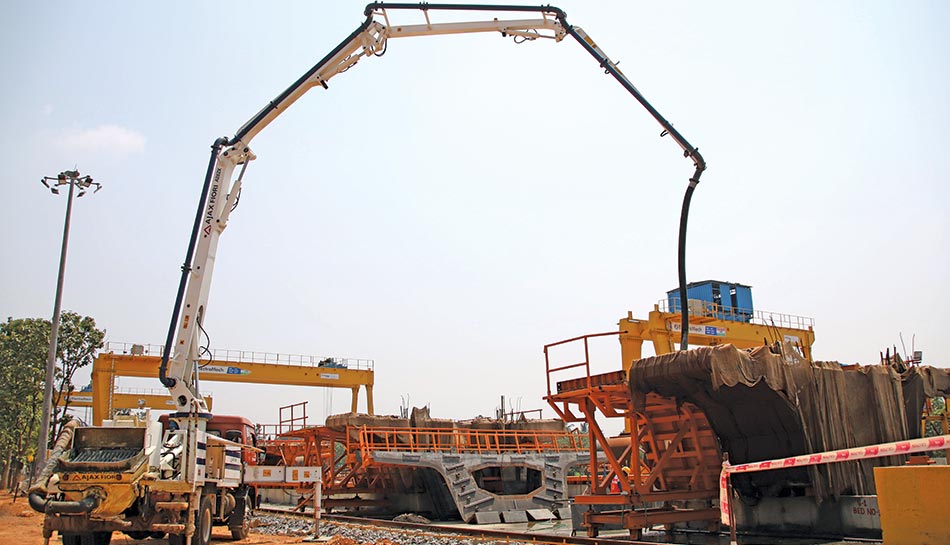 Ajax Fiori currently has over 12000 plants and machineries catering to various infrastructure projects across the country. Headquartered in Bangalore, the company has regional offices in Mumbai, Delhi, Kolkata, Hyderabad, Indore and Chennai, a network of 28 dealers and 87 touchpoints for sales and aftersales support to customers. Ajax Fiori has a presence in Nepal, Bhutan and Sri Lanka.